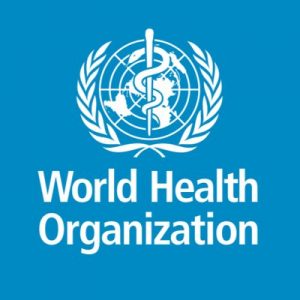 Over the last week, The Hindu has been reporting on the issue of access to two new TB drugs called bedaquiline and delaminid. As Balaji and I have pointed out in our last two posts on SpicyIP, there are serious issues with both stories that The Hindu published on March 3, 2018 and March 4, 2018. A third story published in today’s edition of the paper, titled “WHO launches plan for cheaper TB drugs” is with regard to a recent “expression of interest” published by the World Health Organisation (WHO) inviting pharmaceutical companies to pre-qualify their products for procurement programs administered by WHO. These prequalification programs involve an evaluation of manufacturing facilities and product portfolios of pharmaceutical companies, on the basis of which their products may be procured by WHO.

The Hindu’s report, starting with its title, gives the impression that the mere inclusion of bedaquiline and delaminid, in the WHO’s EoI is going to lead to the drugs being more affordable. The report quotes a MSF representative saying the following:

Inclusion of the two new drugs, Bedaquiline and Delaminid, in the pre-qualification call is being interpreted by aid agency Médecins Sans Frontières (MSF) as WHO’s backing for generics.

Christophe Perrin, pharmacist at MSF said, “It is clear from the EoI that WHO considers the two drugs key compounds to address challenges of drug-resistant TB. It also means that they want to encourage generic competition to start finding ways to make these medicines available in countries where they are not yet registered. The EoI allows generics manufacturers interested in producing these two drugs, and currently facing technical challenges, to address their questions to WHO’s pre-qualification team.

But the mere inclusion of two drugs in a WHO EoI does not change the patent status of the drugs. As of now, both drugs are patented in India and elsewhere in the world. The WHO cannot alter the status of the patents protecting these drugs in India and across the world. This basically means that only Janssen and Otsuka can manufacture bedaquiline and delaminid and supply it to WHO. As a result, the price of the drugs is likely to remain high unless both companies decide to lower the price of the drug in India.

It will be difficult to replicate the success of low cost HIV/AIDS generic drugs manufactured by the Indian industry at the height of the AIDS epidemic because as The Hindu rightly notes, India did not have a products patent regime at the time. This meant that Indian manufacturers could manufacture generics that could not be manufactured in countries where patents were in force. The situation in 2018 is very different. Indian generics can’t enter the field without procuring licenses from the patentees. There has been loose talk about compulsory licenses but let’s not forget the fact that one of the reason new TB drugs are so rare is because it is a disease that afflicts poor countries and hence is not financially lucrative. If India, with the largest TB affected population in the world issues compulsory licences for these two drugs, it is likely to affect future investments in TB research. Unlike other drugs which are in any case invented for developed country markets, TB is a disease of the developing world. If the developing world does not provide incentives, why is private investment going to come into TB research?