The Hindu published yet another story in today’s edition on the issue of access to the new TB drugs like bedaquiline and delaminid. We’ve been tracking The Hindu’s coverage of this issue on the blog over here, here and here. Unlike the earlier reportage, The Hindu has finally acknowledged some of the issues that we have flagged relating to safety and efficacy of both drugs, given pending clinical trials. Today’s report notes that both drugs “are yet to pass large-scale safety and efficacy tests, or phase III of clinical trials, which are necessary for India’s drug regul 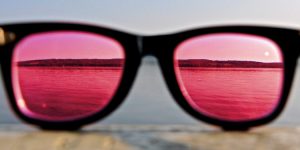 ator approval.” (The report however is quiet on the fact that the DCGI has approved this drug without mandatory phase III clinical trials.)

There are however several factual issues in the article, which I will flag first before tackling the larger issue raised by the article.

The perils of calling the new TB drugs magic bullets

To begin with, I think it is very problematic when a newspaper like The Hindu decides to classify bedaquiline and delaminid, as “magic bullets”. TB experts like Dr. Madhukar Pai have cautioned the media against using phrases like “miracle drugs” to describe bedaquiline. The following is a quote from an Indian Express report:

“I have already seen media reports from India which call Bedaquiline a ‘miracle drug’. This worries me – terms like ‘miracle drug’ should not be used lightly as it can raise expectations and also encourage abuse. More evidence is needed on how Bedaquiline fits in with existing and other new drug regimens. It is not intended to be used alone,” Pai explained.

With regard to delaminid, as we have pointed out earlier The Hindu (a different reporter) has earlier reported on how the drug’s performance was disappointing in recently concluded Phase III trials. I extract the relevant portion of that earlier report below:

“Delamanid drug, approved for use in multidrug-resistant tuberculosis (MDR-TB) patients by the World Health Organisation in October 2014, did not show any statistically significant difference in successfully curing the disease or reducing the mortality rates compared with a dummy in a Phase III human clinical trial, WHO’s position statement issued on January 15 says.”

So why call them “magic bullets” and give false hope to patients?

The number of patients suffering from MDR-TB – where are the sources?

The second factual issue pertains to the statistics put out in the news report. The report states the following:

“The World Health Organisation says that 423,000 Indians die each year of tuberculosis (TB), which is about 1,159 people a day. As standard TB-drug treatments are ineffective for nearly 1,30,000 of the 2.8 million TB patients in India, two relatively-new and powerful drugs, bedaquiline and delamanid, could benefit such patients with drug-resistant (DR) TB. With a success rate of approximately 70%, these drugs are now being called ‘magic bullets’. The Indian government says that nearly 13,000-20,000 patients qualify for treatment with these drugs.”

“But as of today there are 1,000 patients on bedaquiline and another 81 on delamanid in India’s national programme, which has received these drugs as a donation from the innovator pharmaceutical companies.”

The first rule of citing statistics when reporting is to also cite the source of the statistics. The Hindu report fails to do so. In our earlier post, we had relied on a government report that put the figure of MDR-TB patients at 79,000. The Hindu puts the figure at 1.3 lakhs. It then claims that only 13,000-20,000 patients qualify for the drug i.e. not all MDR-TB patients qualify for these drugs. Thankfully, The Hindu has finally acknowledged this aspect, albeit implicitly. It would have been nice if The Hindu also acknowledged that  its reporting a few days ago was erroneous because it gave the impression that all 1.3 lakh DR-TB patients require the new drugs. I quote from its earlier report:

“India has nearly 1.3 lakh DR-TB patients, the most in the world, but the Health Ministry gets only 10,000 doses of Bedaquiline and 400 doses of Delaminid.”

The Hindu needs to get these statistics correct and provide authoritative sources as citations.

The Lancet study that claimed a 74% cure rate

The Hindu’s report today cites a study published in The Lancet Infectious Diseases journal by MSF to claim that 74% of the patient cohort converted to negative within 6 months and that MSF has recommended scaling up the use of the drug. I am not a medical expert and far be it from me to question a study published by the MSF but I did have a look at the report. It appears to be an observational study on 28 patients at 3 different locations: 7 in Armenia, 7 in India and 14 in South Africa. That is hardly a statistically significant figure given that drugs like bedaquiline are usually tested on over 1,000 patients. Moreover, the MSF study only recommends, as The Hindu rightly notes, the use of bedaquiline and delaminid in combination for only those patients with few treatment options. It does not recommend rolling out the drug for the entire population of MDR-TB patients or XDR patients. Exactly how many patients qualify for the combination therapy in India is not clear.

Dr. Jennifer Furin and her continuing tirade against the Indian Government

Further, Dr. Furin is quoted as saying the following:

“Less than 10% of India’s TB patients, who qualify for these drugs are on them. Contrast this with Swaziland, where 90% of patients who needed new drugs received them. Rather than offer them the best possible therapy, TB patients in India are offered old drugs which have terrible side-effects. The newer agents are being ‘protected’ in case other people need them in the future. The older regimen has a 50% success rate and side-effects include permanent hearing loss in a significant proportion of patients (more than 25% in some settings).”

Dr. Furin is once again under the impression that the Indian government isn’t making the new TB drug available to a wider population because it is “protecting” or “saving” them for future use. I am not sure where she is getting this information from because from the information that Balaji and I managed to get from the government, including a sworn affidavit, the Indian government is not making this drug widely available because Phase III clinical trials have not yet been completed. That is a completely reasonable proposition. So why is Dr. Furin repeatedly peddling falsehoods about the government denying access to the drugs because it is saving up the drug for future use? I am all for bashing the Indian government on issues pertaining to health but it is not okay to make up facts.

One of the arguments used by The Hindu to justify calling for the scaling up of the new TB drugs (on the lines suggested by MSF) is its claim that “70% and 90% of drugs that enter this stage successfully complete phase III.” Once again, The Hindu refuses to mention the source of this claim. I have always been under the impression that a majority of drugs that enter phase III fail to clear that stage, which is why pharmaceutical companies justify outrageous prices for new medicines. Anyway, since The Hindu made such a claim I did some research. There appears to be at least one industry sponsored study, reported on in the Reuters, which states that approval applications were filed for only 55% of drugs that made it to Phase III and of those only 80% gain eventual approval. .  There is also another study published by the United States Food & Drug Regulatory Authority (USFDA) which documents at least 22 cases where drugs that showed promise in Phase II trials failed to clear Phase III trials. The study highlights why phase III trials are important. I don’t think we will ever get an accurate figure on how many drugs actually clear Phase III because as per the USFDA study quoted earlier only “9 in 10 drugs/biologics that are tested in humans are never submitted to FDA for approval”.

Apart from the USFDA study, I would like to point readers towards this blog post by Dr. Anupam Singh, a TB survivor and a Doctor of Internal Medicine, who has explained his various reasons for disagreeing with The Hindu’s reportage and the importance of Phase III clinical trials. I think he makes convincing arguments.

A new aspect in today’s report in The Hindu is its attempt to frame the lack of access to bedaquiline and delaminid as a “human rights violation”. The report cites a patient activist, Nandita Venkateshan as saying the following:

“I am deaf. I did not have access to these medicines and my life crumbled to pieces. People don’t know that TB treatment is as toxic as cancer treatment. How is it morally or economically justifiable to deny care to patients? We don’t refuse or ration treatment to cancer patients even though there isn’t a perfect cure. HIV treatment was experimental when patients started getting it because of the gravity of the epidemic,”

“It is a human rights violation to use just enough TB patients as laboratory rats while withholding treatment from the rest of the patients who either die or go deaf,”.

Ms. Venkateshan raises a valid issue that has no perfect answers. How should we as a society decide on the issue of access to experimental drugs whose safety and efficacy has not yet been established? I can’t even imagine what must be going through the mind of a XDR-TB patient reading reportage about these new “magic bullets” against TB and then being told that access to such drugs is curtailed on the grounds that the safety and efficacy of the drug has not yet been conclusively established despite promising results. This is an old debate in the US where patient groups and pharmaceutical companies have teamed up to lobby for greater access to experimental drugs for diseases that demonstrate high mortality rates. The uncomfortable logic that backs these arguments is that the patients in question are anyway going to die so why not just give them access to new experimental drugs? The uncomfortable answer to that uncomfortable question, is that the patients in question may die quicker and perhaps more painful deaths precisely because we don’t know how the drugs work. With bedaquiline, the fear is that the Phase II trial showed higher mortality than the other arms of the study. It is also important to not forget the Thalidomide babies – the reason that we follow stringent 3 stage clinical trial program.

So how do we as a society make that call?

The answer is not in black and white as made out by The Hindu. It is a hazardous grey and one that we need to debate in more detail.

In the meanwhile, if we are worried about the “human rights” of TB patients, we should also question why the government is making Indian patients sign consent forms that force them to waive their right to compensation and worse, not even informing them of the high mortality rates associated with the drug? Informed consent is a human right. Telling patients that their data is going to be transmitted to a private company is a part of their right to informational privacy. Not informing them of the same is violation of their human rights. Why is nobody talking about these issues despite Balaji and me raising them in our previous posts? If you don’t want to acknowledge us as the source of the information that’s fine with us but at least raise the goddamn issue!

This story has been edited after initial publication