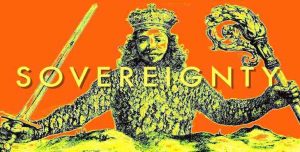 Recently, Justice Prabha Sridevan (former Madras HC judge and IPAB Chairperson) and Prof. Srividya Raghavan (Professor at Texas A&M University School of Law) wrote an insightful editorial on India’s patent working disclosure requirement in the Hindu. In this hard hitting piece, they argue that this requirement is part of India’s exercise of its sovereign right and fulfillment of its constitutional duty to ensure access to medicines and protect public health.

Justice Sridevan and Prof. Raghavan begin by referring to Prof. Basheer’s Patent Working PIL, which has called for a more serious enforcement of the disclosure requirement. They highlight that patent working information plays an important role in ensuring access to health, for it helps ascertain if there is a lack of adequate supply of the patented drug in the country, in case of which a compulsory license can be sought by a third party for manufacturing and supplying the drug. They note that:

“There is no wisdom in enacting patent laws that mainly enable foreign companies to import into a jurisdiction, without using it as a tool to foster scientific and technological progress at home. Thus, disclosures under Form 27 are required as part of a national strategy to improve innovation and further technology transfer into India, to maintain public health and to ensure supply of pharmaceuticals nationally.”

They go on to argue that India is well in compliance with its international trade obligations in stipulating a local working requirement as TRIPS provides flexibilities and recognizes the sovereign rights of its member countries to lay down situations in which the patentee’s exclusive rights may be curtailed for larger public interest. To quote them:

“In streamlining the local working requirement, especially in the field of pharmaceuticals, India is in line with its international trade obligations. The Agreement on Trade-Related Aspects of Intellectual Property Rights (TRIPS) provides flexibilities and underscores the sovereign rights of countries to weave in the ground realities of each country while honouring their international trade commitments.”

In particular, they refer to Paragraph 5(2) of the Doha Declaration which allows members the right to grant compulsory licenses and the freedom to determine the grounds upon which they are granted. Having non-local working of the patent as a ground for compulsory license and seeking working information, they argue, is thus part of India’s exercise of its sovereign right.

They also clarify that Article 27 of TRIPS does not prohibit India from doing so as the prohibition under this provision against discrimination based on whether goods are locally manufactured or imported applies only to the grant of a patent and not to grounds for issuing a compulsory license.

In fact, they assert that requiring local working and full disclosure of information in this regard, also forms part of India’s fulfillment of its duty to protect life of its citizens (under Article 21), which is heavier than any duty that it may owe to the patentees. In their words:

“The state is obligated to protect the right to life of its citizens under Article 21, and this duty is heavier than any duty that the state may owe the patentees. The state should ensure that patentees perform their duties as monopoly holders. This means that the grant of patents must contribute to the promotion of technological innovation and to the transfer and dissemination of technology in a manner conducive to social and economic welfare and to a balance of rights and obligations.”

Need For Form 27 Revision and Enforcement

Coming to Form 27, which requires the patentees and licensees to submit a statement on working, the authors state that it currently does not call for all crucial details and endorse the need for its revision “in a way that the conditions subject to which the patent privilege is granted are complied with”. They emphasize that the law requires both patentees and licensees to make full disclosure of the patent working information and suggest that strict civil liability should be imposed on them for non-compliance with the law.

Justice Sridevan and Prof. Raghavan conclude by observing that the amendment of Form 27 also presents an excellent opportunity for India to stand up to the threats of unilateral trade sanctions by the US.

They end the piece by noting that:

“The patent system is misconstrued as serving the patent owner. Similarly, there is wide misconception by trade lobbyists that trade obligations are subservient to sovereign rights. Neither of these propositions is correct. That is why the question raised in the petition filed by Professor Basheer is not to be lightly taken. It is not only about the right to health but also about the state’s sovereign right to preserve public health and duty to fulfil a Constitutional mandate.”