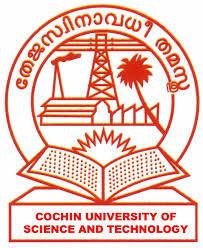 We are pleased to announce that the Inter University Centre for Intellectual Property Rights Studies (IUCIPRS), CUSAT is hosting a seven-day exhaustive training programme for law teachers from 22nd to 29th June, 2018. The theme for 2018 is “Collective forms of IP”. The deadline for submission of applications is May 15, 2018. For further details, please read the post below:

Announcing the 4th edition of our Annual Refresher Course on IPR for Law Teachers on Developmental Perspectives of Intellectual Property Rights, June 22-29, 2018

The Inter University Centre for Intellectual Property Rights Studies (IUCIPRS), CUSAT is hosting a seven-day exhaustive training programme for law teachers. The theme for 2018 is “Collective forms of IP”, which is going to take place in the month of June (22nd -29th). The last date for applications is May 15, 2018.

The Centre has been conducting various programmes on IP laws so as to create awareness among students and faculty. One among those is the “Refresher Course for Law Teachers”. The seven day programme is aimed at evolving a group of experts in IP laws, both in teaching and research, who would be capable of addressing various policy issues as well as academic needs of the country for a crucial and highly technical area of law. It is a series of programme with the broad theme as Developmental Perspectives of IPR Laws, wherein every year the Centre chooses specific area in IPRs for through deliberations and discussions. The programme started in 2015 focusing on the various forms of IPRs. It was followed by “Patent Law and Development” in 2016 and “Copyright: A Social Justice Perspective” in 2017. This year the theme of our programme is “Collective Forms of IP”, which is the fourth in series of the programme. Our purpose behind this theme is to look at the shift in the concept of property in IP in terms of ownership and management of rights, which has been diversified from individual rights to collective rights.

The upsurge of the TRIPS Agreement led to the predominance of individual based rights on intellectual property, which was actually catapulted by the developed countries. The result was an attempt to propertize inter alia, the very essence of human knowledge; i.e. Traditional knowledge. Technological changes that took place towards the end of the last century ignited the demand for protection of traditional knowledge at the international level. A long forgotten fact was that there exists a part of human knowledge, which is as much as, or even more valuable than the modern scientific knowledge, which is proved in extraneous conditions such as laboratories. The custodians of such knowledge have become conscious of the economic potential of valuable traditional knowledge when global traders started chasing for this knowledge base. Further, the negotiations on TRIPS Agreement and Convention on Biological Diversity going on simultaneously, there was a strong felt urge to protect the collective interests of the custodians of such traditional knowledge. Though geographical indications were protected under the TRIPS Agreement, the issue of collective ownership was unfortunately not addressed in the same. The philosophy of the formal IP system that considers the existing knowledge base to be in the public domain and the absence of any legal framework to protect valuable traditional knowledge facilitated the exploitation of such knowledge. Thus, it was found necessary to realise the collective notion of property and whether to protect it through IP laws. The question of ownership and management of rights over traditional knowledge, traditional cultural expressions and genetic resources has long posed to be a dilemma in the context of IP laws. Geographical indications are another area, which needs immediate consideration, as it is inevitable for the very sustenance of the collective efforts of local communities of particular localities or territories. Thus the need of the hour is detailed deliberations on the collective forms of IP, which should be given due recognition in the present scenario.

Teachers who are interested to participate may register by sending an e-mail to [email protected]com along with a brief description of their academic profile, on or before May 15, 2018. Participation is limited to the first thirty registrations. For further details of the programme, kindly log on to ciprs.cusat.ac.in.