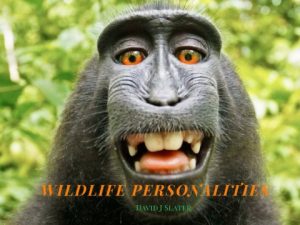 The much talked about ‘Monkey Selfie’ lawsuit – a favourite of copyright law enthusiasts across the world, recently came to an end. As our readers are bound to recall, the dispute began in 2011, in the forests of Indonesia, where Naruto, a black macaque monkey swiped British Photographer, David Slater’s camera and clicked a selfie. Unbeknownst to Naruto, this picture soon became the reason for a lawsuit that not only lasted several years, but also became monumental in shaping the contours of copyright law, internationally.

In the interest of a quick refresher, and also some clarity, it would be helpful to go over a brief timeline of the entire dispute. As noted above, the dispute has its roots in 2011 when Naruto snapped the picture of himself. Subsequently, this picture was published as part of a book that was copyrighted by David Slater. In 2015, PETA filed a suit against Slater, as Naruto’s ‘Next Friend’, alleging copyright infringement of Naruto’s works. Slater and the other defendants responded by filing a motion to dismiss the petition, which was granted by the District Judge in 2016. PETA, then, appealed this dismissal before the 9th Circuit appeals court. However, in September of last year, soon after the initial hearings for this appeal, the parties reached a settlement and requested the appeals court to dismiss the case. The Court, however, refused to dismiss the appeal on several grounds, including that “Naruto is not a party to the dispute settlement” and that “the settlement agreement would not bar another attempt to file a new action”. Finally, last week, by way of the present order, the appeals court put an end to the lawsuit. In doing so, it upheld the decision of the District Judge and discussed some of the pressing questions of law that arose as a result of the dispute.

[Over the years that this dispute has survived within the international IP domain, we have covered its developments on the blog – here, here and here. Our readers may go over the same for a recap.]

The Judgment of the Appeals Court

Last week, on 23rd April, 2018, the appeals court delivered a judgment upholding the decision of the District Judge. In essence, it held that Naruto, as a non-human monkey has locus standi under Article III of the American Constitution (i.e. jurisdiction or lack thereof, of a federal court) to sue for injunctive and other reliefs, however lacks similar standing under Copyright Law.

The judgment (available here) makes for a terrific read. It is succinct, coherent and well structured. I recommend it as suggested reading, primarily for the important points it raises – for copyright law, and otherwise. Notably, the Court held that PETA did not successfully establish “next friend” standing because (a) it did not establish a significant relationship with Naruto; and because (b) animals cannot be represented under law, by “next friends”. (As noted above, the court held that this lack of next friend standing does not affect Naruto’s standing under Article III, as a non-human animal that satisfies the remaining conditions imposed by Article III.) A reading of the judgment will reveal that the Bench has, over the course of the judgment, heavily deliberated on the scope of “next friend” standing under Article III of the American Constitution. Put differently, the question of Naruto’s capacity to bring the suit before a federal court, its dependence on PETA’s capacity to sue as an animal’s “next friend”, and whether or not a determination of this capacity is non-jurisdictional for the 9th circuit federal appeals court, formed a large part of the majority order as well as Justice N.R. Smith’s (extremely well-articulated) concurrence. These are questions that admittedly fall beyond the scope of this post (as well as my analytical abilities). However, I do believe that the observations of the court on these questions are important – even if only in the interest of jurisprudence. As such, our readers may also see here, and here for brief analyses on the “next friend” standing as understood and developed by the Naruto Court.

Other Notable Aspects of the Judgment

With this, we finally see an end to Naruto v. Slater. What impact this case will have on the jurisprudence surrounding non-human entities (apart from corporations and corp. bodies) and their locus standi/rights under copyright law remains to be seen. Funnily enough, all these years in the legal limelight has caused the primary Human Party in this dispute to suffer tremendously – last year, the Guardian ran a heart-wrenching story on how David Slater is now barely making ends meet. For him, this lawsuit appears to be nothing but an injustice. Possibly worsened by the fact that the best of ‘Naruto v. Slater’ will now exist only on paper – an immortal part of copyright history, monkeying around in the world’s memory.