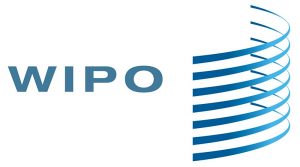 Last month, I had the opportunity to attend the colloquium for IP teachers from developing countries that is organized jointly by the World Trade Organisation (WTO) and World Intellectual Property Organisation (WIPO). The event brings IP teachers from almost 30 different developing countries to Geneva, Switzerland, at the expense of WIPO-WTO for a rigorous and fun, 10 days event. The colloquium is a rare opportunity to meet IP academics from developing countries and hear about their national experiences in the post TRIPS world. This particular colloquium had participants from South America (Uruguay, Paraguay, Venezuela, Columbia, Brazil), Africa (Kenya, Nigeria, South Africa, Uganda, Zambia), Asia (India, Pakistan, Bangladesh, Sri Lanka, Iran, Malaysia, Indonesia, Kyrgyzstan, Turkey, China, Vietnam), Fiji, Jamaica (!!!) and Eastern Europe (Slovenia, Ukraine, Moldova, Belarus). Needless to say, the wonderful organizing team at the WTO-WIPO puts in an incredible amount of work to make sure the event is a success. 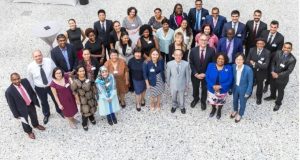 I presume the colloquium began as a capacity building exercise for developing countries but given the presentations that I sat through at the colloquium, it is safe to say that capacity has been built over the last 15 years. Several of the presentations were fascinating. Where else would you get an opportunity to hear about copyright societies in Moldova or the traditional knowledge legislation in Kyrgyzstan or a really unique copyright law from China or the constitutional challenges to Turkey’s IP legislation or Pakistan’s new Plant Variety Protection legislation or the various IP challenges faced in the African continent. These were just some of the fascinating issues that were discussed at the colloquium.

The second great takeaway from the colloquium is the opportunity to hear from the top brass at WIPO and WTO. While the presentations from the WIPO folks were interesting especially since WIPO sets the IP agenda for the world, I really enjoyed the sessions chaired by the WTO IP team (which is surprisingly small!) because they gave us a lot more analytical insight into how institutions and the law works at the international level.

From the WTO IP team, we got to hear from Antony Taubman (who heads the WTO IP team), Jayashree Watal (who negotiated TRIPS on behalf of India), Xiaoping Wu, Roger Kampf & Hannu Wager. We even got a briefing from Mr. Wager on the Plain Packaging dispute within a few hours of it being announced!

That said, no review of a conference would be complete without listing its downsides.

The one major issue that I had with the colloquium, is the hijacking of the last day of the event for the purpose of conducting the debut edition of the IP Researchers Europe Seminar (IPRE). The 30 participants from the developing world were basically used as a captive audience (along with some 100 or so students/youngsters attending the WIPO summer school) while European academics (several of them PhD. Students) sat on the stage and made presentations that had almost no relevance to the developing world. I simply fail to understand why the WTO-WIPO had to hijack a day of a developing country event to organize a European conference. If WTO-WIPO really feel that European scholars need support to organise a conference they should organize another event for the Europeans. Making academics (several with more than a decade of teaching experience) from developing countries sit in the audience (with summer school attendees) to be educated by European scholars (several of them PhD students) made for really bad optics. The developing world consists in large measure of countries that were colonized by European powers. As most of you will know colonisation was not just about economic plunder but also about the ‘civilising mission’ of the white man who saw it as his sacred duty to educate the natives, who were usually people of colour. It was about portraying indigenous knowledge systems as inferior to those of the white man. Those attitudes haven’t changed completely. I see shades of that behavior in the patronizing tones adopted by some (not all) developed country scholars towards developing country scholars and their scholarship. So, holding an event where Europeans scholars sit on the stage while the developing country academics sit in the audience for a one-way conversation simply does not make sense.

The WIPO-WTO team responsible for the IP teachers colloquium has built a fantastic brand for this event and has earned both institutions a lot of goodwill amongst the alumni who have attended the event in the past. Both institutions should not dilute the brand by allowing other events to piggyback off this otherwise superb colloquium.