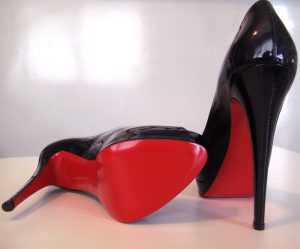 In my previous post, I broke down Ms. Justice Prathiba Singh’s recent judgement in Christian Louboutin v Nakul Bajaj, and noted its importance for intermediary liability and e-commerce players in India. In this post, I examine the Court’s approach towards intermediary liability, and attempt to outline what exactly the judgement means for e-commerce platforms. (Update: On November 12, the Court also made a similar ruling on similar facts in L’oreal v Brandworld, relying upon its earlier judgement in Christian Louboutin.)

The Court’s indictment of the defendant was based upon a factual analysis of the role played by the platform vis-à-vis the alleged infringement. The Court’s analysis considered the following questions:

While these are three distinct questions, all of which are relevant to the issue of determining a platform’s liability, the Court’s analysis does not make a clear distinction between the three issues, and consequently, ruling throws up more uncertainty than clarity on the issues. Let’s examine in detail.

With respect to this issue, the Court correctly observes that e-commerce is a broad category that encompasses a range of actors, from those providing an platform for sellers to upload their content without modification (for example, Olx) to those that also select the sellers, offer transportation and packaging, etc. The Court illustrates 21 activities which could determine whether an e-commerce platform is an intermediary or not, which includes everything from ‘giving discounts to customers’, ‘employing delivery personnel’, ‘using trademarks as meta-tags’, or ‘deep-linking’. Further, the Court also takes into account whether a particular platform is taking measures to combat unlawful activities on its platform. As per the Court, when the business of an e-commerce platform includes a ‘large number’ of the factors enumerated by it, it would cross the line from an ‘intermediary’ to an ‘active participant’.

The Court applied these factors to the defendant’s business and its policies to determine that it is ‘much more than an intermediary’. However, there no clear rationale behind the inclusion of the various ‘factors’ in this analysis, apart from that most intermediaries engage in one or the other of such acts (such as creation of listing of a product).

2. When can an intermediary claim safe harbour under Section 79?

Section 79(1) of the IT Act states that an intermediary shall not be liable for any third-party information made available by it. This broad exemption is qualified by a number of factors. These include that the intermediary must not initiate, select or otherwise modify the communication; that it must observe due diligence while following its duties under the act, and observe government guidelines in this respect. Moreover, the exemption does not apply if the intermediary has “conspired or abetted or aided or induced” the commission of the unlawful act.

Further, the Court examines the responsibilities of intermediaries under Section 79 and the Intermediary Guidelines Rules, and states that the requirement of ‘due diligence’ is much broader than merely following the guidelines prescribed, and that merely following the guidelines cannot absolve intermediaries of their broader responsibilities. It is unclear from the judgement whether this implies that an assessment of ‘due diligence’ under Section 79 goes beyond observance of the rules and is a case-by-case assessment.

The final part of the Court’s analysis rests on examining the actual provisions under the Trademark Act, for which the defendant could be held liable. The Court examines the defendant’s liability under Sections 101 and 102 of the Trademarks Act, dealing with applying, falsifying and falsely applying trademarks, and Section 2(2)(c) of the Act which defines ‘use’ of a mark. The Court states that services of an e-commerce operator which uses, falsifies or falsely applies a mark in respect of counterfeit goods, may be said to be ‘aiding, abetting, inducing or conspiring’ in the commission of an unlawful act.

The Court provides the following illustration –

“any online market place or e-commerce website, which allows storing of counterfeit goods, would be falsifying the mark. Any service provider, who uses the mark in an invoice thereby giving the impression that the counterfeit product is a genuine product, is also falsifying the mark. Displaying advertisements of the mark on the website so as to promote counterfeit products would constitute falsification. Enclosing a counterfeit product with its own packaging and selling the same or offering for sale would also amount to falsification. All these acts would aid the infringement or falsification and would therefore bring the e-commerce platform or online market place outside the exemption provided under Section 79 of the IT Act.”

Finally, the Court decrees the suit against the defendant observing that, given the sellers were all located on foreign shores, the trademark owner must not be left ‘remediless’ by extending safe harbour of intermediaries to ‘active participants’.

The Court’s final decree does not find the intermediary liable for infringement, but effectively issues an injunction against the defendant, stating that it must obtain the authorization of the rights holder if the sellers are foreigners and must offer a guarantee to the purchasers in case of domestic sellers. Further, the Court ordains a ‘notice and notice’ requirement which states that the intermediary must, upon receiving notice of an infringing product being sold on its platform, notify the sellers, and if it assesses that the seller’s evidence of the authenticity of the product is not sufficient, must take down the listing.

Where does this leave intermediary liability for trademark infringement?

Not all platforms can claim to be an ‘intermediary’

The judgement is also unclear on the applicability of Section 79 or the IT Act to the facts under consideration, when it illustrates the various factors for determining if an e-commerce player is an ‘intermediary’. The IT Act would only apply to online aspects of the platform’s operation, insofar as it applies to an ‘electronic record’ and ‘on behalf of another person’, while the status of ‘intermediary’ cannot be claimed for its other operations. Therefore, the whole of the Act and any protections offered under Section 79 would only apply to actions which take place online and through the digital platform, and not other acts like providing deliveries or packaging services. Ideally, the analysis should have separated the online elements of e-commerce operations from the other aspects, and assessed the liability for each of these separately. Instead, the Court provides a vague list of ‘factors’ to be assessed to determine if a platform is an ‘intermediary’ under Section 79, although this should only be applicable to the online aspects of the infringement claim. All other aspects should be dealt with under the regular provisions of the Trademarks Act. The factors enumerated by the Court to determine whether a platform is an intermediary would be helpful to the extent they can differentiate between the online and offline aspects of an e-commerce business, but are not helpful in classifying whether the platform is an intermediary or not.

No Clarity on Primary or Secondary Liability of Online Marketplaces

Secondly, the basis on which liability is sought to accrue to the defendant in this case is unclear. It is crucial to note that there was no finding of direct or indirect infringement in the ruling. While the suit was filed claiming that counterfeit goods are being sold on the platform, there was no actual sale that took place on the platform. Therefore, there was no determination whether the goods were in fact genuine or not, and the case merely proceeded on the assumption that the goods were counterfeit, with neither party providing sufficient proof of the goods’ authenticity.

This is problematic, as if the goods are in fact genuine products merely being resold, the issue at hand is of applying the principle of national or international exhaustion of trademark rights to determine the liability of the resale of the product. The Court did not go into this issue at all, even though it would appear to be central to the claims of sale of online goods, given the business model of the defendant.

The Court bypasses this issue and choses to determine the liability for ‘use of the mark’, the requirement for infringement under Section 29. While it finds that a number of the activities of the platform would amount to ‘use’ and even ‘falsifying’ a trademark, the Court also specifically finds that such use would not amount to infringement in case of genuine products. Subsequently, however, the Court appears to liken all these cases of ‘use’ in respect of non-genuine products as ‘aiding’ of an unlawful act, and thereby robbing any intermediary of exemption from liability under Section 79. Yet, the issue of aiding, abetting or conspiring implies a level of knowledge of the infringing act. The Court does not examine the issue of what level of knowledge is required for the intermediary’s actions to constitute ‘aiding’ and makes a analytical leap from determination of ‘use’ under the Trademark Act to that of ‘aiding’ and unlawful act. Therefore, no clear principle on the basis of which the intermediary may be made liable emerges.

What is particularly striking about the judgement is the determination of the defendant’s positive obligation to verify its inventory without a determination of the lawfulness of its use by the sellers themselves.It is unclear whether the judgement imposes a general positive duty to ascertain whether the goods sold by such platforms are genuine or not, although this likely depends upon the nature of the business as per the ‘factors’ enumerated by the court. The Court’s decree imposes such an obligation in order for the defendant to continue its business and also imposes an obligation upon the platform make its own assessment of whether certain notified product is counterfeit or not, after reaching out to the seller. This places the intermediary in the position of facing legal liability for failing to remove notified posts, even without a judicial determination of its lawfulness, which contrary to the principles and the rule laid down in Shreya Singhal v Union of India, that intermediaries may only be required to take down content if notified by a court or government order to do so (although the Court continues to insist that the ratio of that judgement does not apply to IP, without providing sufficient justification for this claim).

The issue of online sale of counterfeit products is pervasive in Indian e-commerce and lacks sufficient consumer protection mechanisms. Even in the facts of this case, had the goods not been genuine, it may have been difficult for the platform to escape secondary liability for infringement. However, in its haste to ensure an effective remedy to rights holders, the Court has left the actual issue of clarifying intermediary liability aside. In the Court’s interpretation, the balance of convenience for the issue of an injunction clearly falls in favour of the rights holder, and not the platform, through what appears to be a ‘know it when you see it’ approach which considers the whole of the business model of the e-commerce platform, including both its online and offline aspects, to determine whether the platform is acting in good faith or not.