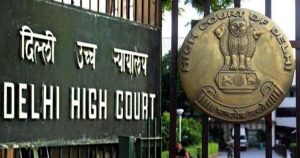 IP overlaps take place when multiple overlapping IP rights vest in an owner for a single subject matter. These overlaps have given way to numerous debates regarding over-protection, policy implications, statutory interpretation  and many more issues. (To get a better understanding of the same, do refer to Prof. Basheer’s chapter in Overlapping Intellectual Property Rights.) Design-trademark overlaps, in particular, have had an interesting history in Indian litigation. A recent decision of the Delhi HC yet again brings these overlaps to the fore.

In its decision, Greenlight Planet India Pvt. Ltd. vs Gee Lighting Technology, the Delhi HC dismissed an application filed for rejection of plaint. The plaintiffs had instituted a suit for permanent injunction restraining passing off of its goods under the trademark GEE-LITE. Prior to this, they had filed a suit for design infringement. The counsel for the defendants relied on Order II, Rule 2 of the CPC, which provides that where the plaintiff omits to sue or relinquishes a part of their claim, “he shall not afterwards sue in respect of the portion so omitted or relinquished.” Citing this, the defendants argued that the plaintiffs having relinquished their claim with respect to passing off of their goods in the earlier suit, they could not claim the same in the present suit. The counsel for the plaintiffs cited the 2013 Delhi HC judgment in the Micolube case to argue that the cause of action in the two suits were entirely different. The Delhi HC, in its judgment, laid down that Order II, Rule 2 intended to protect people from multiplicity of suits and being sued twice for the same cause of action. The Court opined that “a cause of action for an infringement suit under the Design Act is different/separate/distinct from the cause of action for a passing off suit of a trade mark, trade name and domain name” and went on to conclude, thereby, that Order II, Rule 2 would not apply to the facts of this particular case.

A quick recap of past judicial opinions on design-trademark overlaps is needed here to understand the issue at hand with more clarity. In his analysis of deisgn-trademark overlaps in India, Prof. Basheer cited two important judgments, Tobu Enterprises Pvt. Ltd. v. Megha Enterprises (“Tobu Enterprises“) and Smithkline Beecham v. Hindustan Lever Limited (“Smithkline“). In Tobu Enterprises, the plaintiff claimed relief for both, design infringement and the tort of passing off. The Court observed that although the Trademarks Act, 1958 contained a saving clause for passing off actions, the Design Act did not provide for the same and hence, the plaintiff could not claim relief for passing off. The Court in Smithkline differed from this line of reasoning stating that dual protection could be sought under overlapping IP regimes (particularly in the case of shapes, since these could be protected under both design and trademark laws). Later, in Micolube India Limited v. Rakesh Kumar Trading, a single Judge followed the reasoning in Tobu Enterprises  by focussing on the saving clause for passing off actions under Section 27 (2) of the Trade Marks Act and the lack of a similar provision under the Design Act. The decision was then referred to a larger bench, which delivered its decision in 2013. The Bench studied the legislative intent of both, the Trade Marks Act, 1999 and the Design Act, 2000. With regard to the Trade Marks Act, the Bench concluded that the “registration of the trade marks is the statutory recognition of the rights pre-existing in common law” and hence the Act specifically provided for a savings clause for common law reliefs for passing off. Design rights, on the other hand, originate solely from the statute; the Bench, in this regard, observed that “passing off is a right to sue in common law to prevent misrepresentation is mutually inconsistent and distinct from the purely statutory monopolies which are in the form of privileges like patents and design“. It thus correctly disregarded the reasoning adopted by the Single Judge and Tobu Enterprises.

The Bench did, however, err in its reasoning when it stated that a design once registered could become a functional trademark. The Court entirely based its reasoning on Section 19 in the Design Act which provides grounds for cancellation of designs and concluded that since the use of a registered design as a trademark is not given as one such ground, the product could be protected under both the IP regimes. But on a closer reading of the provision, Section 19(1)(e) provides that if it is not a design under Section 2(d), the registration of the said design can be cancelled. In his analysis of the 2013 decision, Prof. Basheer pointed out that the definition of design under Section 2(d) includes shape, configuration, pattern etc. but  “does not include any trade mark as defined in clause (v) of sub-section (1) of section 2 of the Trade and Merchandise Marks Act, 1958“. He then concluded that the interpretation of Section 19 would require the cancellation of registration of design once it began functioning as a trademark. The question thus arises:  How can one claim remedy for passing off for a registered design?

Surprisingly, the Delhi HC merely applies Order II, Rule 2 of the CPC and does not analyse the relevant provisions of the Trade Marks Act or the Design Act to settle this unresolved issue. It has to be noted here that it has already been settled quite satisfactorily in previous judicial decisions that the cause of action under a design infringement suit is different from that under a passing off suit and that this issue did not require any further analysis in the present decision. The main issue here which needed to be looked into was whether the design registration still subsisted or not and which the Court seems to have overlooked entirely.

Tags: overlaps in ip, Passing Off