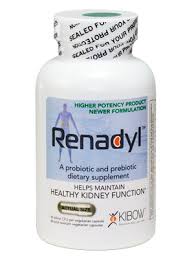 In a significant development for Indian patent law, the Madras High Court dismissed a writ petition challenging an IPAB order that effectively upheld a probiotic patent. This is one of the rare Indian cases, where a patent has been upheld by the IPAB and that order has effectively been validated by a High Court. Very well-reasoned, this decision by Justices R. Subbiah and C. Saravanan has important propositions for both patent law and administrative law. But first some background.

As we’d blogged earlier, Kibow biotech, a leading biotech company that effectively pioneered the use of probiotics for augmenting kidney function was granted an Indian patent covering its flagship product, Renadyl, a dietary supplement that augments kidney function and often reduces the need for kidney patients to undergo dialysis.

A local Gujarati company La Renon challenged this patent in a revocation proceeding before the IPAB in 2006, on the ground that the patent was obvious and not new etc. After hearing the parties, the IPAB dismissed the challenge. It was against this IPAB order that La Renon approached the Madras High Court in a writ petition arguing that the order of the IPAB was perverse. The Madras High Court, however, ruled against La Renon and effectively upheld the IPAB order. The order was uploaded on the court’s website only today, although the same was delivered on 10th January.

From the vantage point of administrative law, the court makes it very clear there is a clear distinction between the scope of review in a writ jurisdiction and an appeal. The former review is far more limited than the latter. This is what the court rules in this regard:

144. We do not find any infirmity in the procedure adopted by the third respondent Appellate Tribunal while passing the impugned order. The impugned order also cannot be termed to palpably erroneous order on account of error on the face of record. We therefore find no grounds to intervene.”

The court also lays down the following propositions:

The decision is a significant one for Indian patent law and is lucid and well-reasoned. Hopefully, courts will be more mindful of their limited review powers in future; else proceedings will continue forever leading to wastage of time, resources and leading to more uncertainty for patentees/inventors.

Given that the US is still barking at India’s poor patent record (the latest GIPC report are testament to this), this decision needs to be thrown at them to indicate that Indian courts are not anti-patent! And that they will rule in favour of patentees, when the circumstances so demand.

If time permits, we hope to bring you a more detailed post on this.