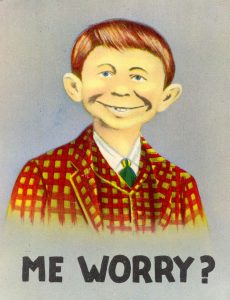 The universe surely has a strange sense of humour.

Imagine our surprise when we received a notice from Google Inc., that they had de-indexed one of blogs after a complaint was filed against it by Saregama India Pvt. Ltd. On December 13, 2018, Google informed us that:

“Google has been notified, according to the terms of the Digital Millennium Copyright Act (DMCA), that some of the material found on your site allegedly infringes upon the copyrights of others. Although some of these URLs may not be available in our search results now, we are retaining these notices and will act on them if at some point in the future we do crawl these pages for inclusion in search results.”

For further information, we turned to the Lumen database, a wonderful and necessary third-party takedown notice database maintained by the folks at the Berkman-Klein Centre. Here, we saw that Saregama, on November 28, had sent Google a list of 99 problematic URLs, of which ours was one. In particular, Saregama (in its notice to Google) claimed that:

“The sound recording or other musical works /song titled APNI TO JAISE TAISE sung by KISHORE KUMAR written by PRAKASH MEHRA and music composed by KALYANJI ANANDJI being made available for streaming and/or download without license/permission from Saregama India Ltd.”

The blog which was removed on the grounds of unlawfully ‘making available’ the song, was a 2010 report by Sumathi Chandrasekharan which describes the convoluted history of the Bollywood song in question. Needless to say, there is no mention of the song apart from describing the facts in dispute.

Google’s response, owing to the peculiarities of US Copyright law, was to de-index our blog first, and notify us later. We were told that we could ‘send a counter-notice’ or ‘contact a lawyer’. Thankfully, we don’t have to look far in these parts to find a lawyer to handle this process, and our counter-notice was successful. Our post was eventually reinstated on January 21.

The Perils and Pitfalls of Notice and Takedown

Even if SaReGaM ‘correctly’ identified 98 infringing links, is the takedown of a lawful post a legitimate casualty to the process? What if the post was a criticism of SaReGaMa’s or Google’s policies, or critical of the legal process?

The present instance is the result of the US Digital Millennium Copyright Act, (S. 512) which implements a ‘notice and takedown’ regime for intermediaries to remove copyrighted content. The provision rests intermediary safe harbour for publishing putatively infringing content upon the expeditious removal of notified links, and subject to examining any counter-notice, explained in more detail here.

The Copyright Act (S. 52) and Copyright Rules (R. 75) in India, incidentally, have a similar procedure, which creates a ‘notice and takedown’ regime for intermediaries which host ‘incidental or transient’ links to copyrighted content, which includes a counter-notice mechanism with the right to reinstate the content in the absence of a court order within 21 days. Unfortunately, it is unclear what intermediaries fall within the scope of this procedure, and in the absence of such clarity, the Delhi High Court has created a separate regime for certain intermediaries in Myspace v Super Cassettes. This judicially created regime is rather vague and does not include even the minimal procedural safeguards available under the Copyright Rules.

Regardless of the form of notice-and-takedown, it is apparent that placing an obligation to police copyright infringement on intermediaries create perverse economic incentives on private parties like Google or YouTube to over-comply and take down legal content. This is not solely attributable to the intermediaries’ practices themselves, but the policy and legal decisions which are created and are supposed to to strike a balance between access to knowledge and copyright protection in the digital age.

While we hope SaReGaMa has a stern word with its lawyers, it’s funny and (perhaps on the balance) appropriate that this takedown notice came to a copyright law blog, where we can discuss and dissect such procedures. Yet, had it happened to a non-lawyer, or even someone who had ceased to take interest in their old blog, as it often does, it would result in the permanent removal of public information from an index which serves as the gateway to the internet, due to the ‘mistakes’ of private parties whose interests do not coincide with public access. What does this mean for the future of access to knowledge? These are hard questions which Indian lawyers and policy makers need to grapple with, particularly when we have senseless obligations like the mechanism for ‘automated takedown of unlawful content’ being proposed for intermediaries by the Ministry of IT