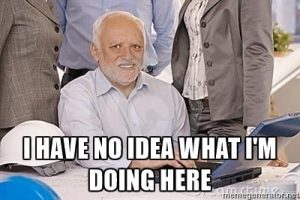 Judgments of Indian courts are often criticised for their use of convoluted language, verbosity, and tendency to digress into avoidable terrains (for instances of courts employing barely decipherable language, see this). A recent order of the Delhi High Court (‘Order’), in the matter of Horlicks Limited and Anr. v. Heinz India Private Limited falls into the third category- crossing into the territory of fundamental rights in a private law dispute.

The Order was made in an application filed by Horlicks Limited for an interim injunction against the publication of certain allegedly disparaging advertisements by the Defendant. Ruling on the application, Justice Manmohan anchors his findings on the idea that commercial speech is a protected category of speech under Article 19 (1) (a) of the Constitution. Against this backdrop, the Hon’ble Judge goes on to examine the impugned advertisement, and finds it to be non-disparaging. While the end result itself may not to be faulted, the propriety of anchoring such a finding on a Part III provision of the Constitution is questionable. Despite the fact that the dispute was between two private entities, the Hon’ble Judge did not elaborate on how, if at all, a horizontal application of fundamental rights may be justified.

Another dimension of horizontality is when a private defendant places reliance on fundamental rights to defend its impugned actions-often referred to as ‘indirect horizontality’ (for an excellent summary of horizontal application of rights in India, see this piece by Gautam Bhatia). Nevertheless, as Bhatia points out, there is no clarity yet about the circumstances in which indirect horizontality may be brought into play in India. In any case, it is highly doubtful whether there was any need to resort to indirect horizontality in the present matter as the Defendant’s actions could have been justified even without taking recourse to Article 19 (1) (a).

Being a pure private law dispute, it is not clear on what basis the Defendant claimed recourse to the free speech guarantee. In any case, the Court goes on to examine this claim and holds that advertisements, which is a facet of commercial speech under Article 19(1) (a), may be restricted only in accordance with a law enacted under Article 19(2). In its discussion of free speech, the Order relies on the decisions in Tata Press Limited v. MTNL and Bennett Coleman & Co. v. Union of India. While the decision in Tata Press is relied on to clarify that commercial speech is a class of free speech and that corporate bodies are entitled to it, Bennett Coleman is referred to for establishing that fundamental rights of shareholders as citizens are not lost when they associate to form a corporate entity.

It would appear that the reliance on both these judgments is misplaced. In so far as Tata Press is concerned, the said decision was based on a clear finding upfront that the defendant was a government owned entity, thus implying that it was ‘state’ and open to the scrutiny of Part III provisions. Moreover, the extent of protection accorded to commercial speech in Tata Press is lower than what seems to have been asserted in the Order. Although Tata Press does say in so many words that commercial speech forms part of the free speech guarantee, it is doubtful whether the judgment intended to bring all commercial speech within the ambit of free speech guarantee. This lack of clarity stems from the language employed in Tata Press:

The underlined portion from the extract indicates that Tata Press was in no way implying an unfettered protection to commercial speech. It is also interesting to note that Tata Press premised its conclusions on the ground that “public at large is benefitted by the information made available through the advertisement”. The present case on the other hand is one which involves alleged “misinformation”, as the Plaintiff claimed that the Defendant was making false and misleading statements in its advertisements. Thus, arguably, the present Order has erred in relying on Tata Press without first determining if the impugned ads were misleading or not (for an insightful discussion on the protection of commercial speech post Hamdard Dawakhana and Tata Press, see this).

The reliance on Benett Coleman too is misplaced as the judgment therein had sought to protect the rights of shareholders from state action. The following portion of the judgment clarifies this:

It is in no way implied that private and public law concepts exist in independent, watertight silos. In fact, there is growing convergence of the two areas and India has been long witness to constitutionalisation of its private law sphere (for an account of constitutionalisation of tort law, see this piece by Shyamkrishna Balganesh). Although the Order gets its final result right, as it goes on to make an enquiry on whether there was actual disparagement, it opens up the possibility of future decisions leaning (at least subconsciously) on the free speech guarantee to elevate the threshold required for disparagement. Although such elevation may not necessarily be a bad thing, any such change should be preceded by a cogent exposition of why constitutional norms should inform a disparagement dispute between two private parties.