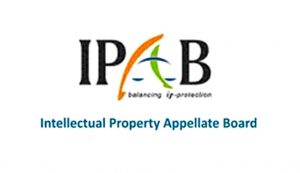 In this part of the post, I try to delve deeper into Section 84 of the Trade Marks Act and check whether the Chairman’s authority can override the quorum requirements, to allow for a single member bench.

The root of the obligation that requires one Judicial Member and one Technical Member to form a quorum at the IPAB is Section 84(2) of the Trade Marks Act. It states that:

Subject to the other provisions of this Act, a Bench shall consist of one Judicial Member and one Technical Member and shall sit at such place as the Central Government may, by notification2 in the Official Gazette, specify.

However, Section 84(3) ostensibly creates some exceptions to this requirement:

(3) Notwithstanding anything contained in sub-section (2), the Chairman—

(b) may transfer a Member from one Bench to another bench:

However, I would argue that a more elaborate discussion on the meaning of Section 83(3) is warranted, especially in the context of whether the Chairman’s power to fill vacancies allows him to fulfil a dual role on a single bench. As a matter of interpretation, this question boils down to: whether the phrase ‘any other Bench’ in Section 84(3)(a) includes the Chairman’s Bench?

‘Any other Bench’: Does it include the Chairman’s Bench?

A plain interpretation of Section 84(2)(a) would suggest that ‘any other Bench’ would not include the Chairman’s bench. This is because the same provision refers to the Chairman’s bench as ‘the Bench’ and then goes on to use the phrase ‘any other bench’. The use of different phrases would, therefore, mean that ‘any other bench’ would not include the Chairman’s bench. Such an interpretation of the IPAB would also sit well with its objective to ensure that intellectual property matters are heard not only by judges but also persons who are experts in the technical aspects of the subject matter of the intellectual property rights. (Although realists may say that in the absence of an exception to the quorum requirements, most cases are being heard by judges of the High Courts anyway, and not technical members).

Let us examine this argument in greater detail. Section 84(2) lays down one requirement – that a bench shall consist of two members – one Judicial and one Technical Member. The plain interpretation above does not contradict this requirement. It only enables the Chairman to ensure that all benches fulfil the quorum requirements by authorising himself or any other member to sit on more than one bench. Since Section 84(2) is not the provision that places a bar on the number of benches a particular member may sit on, there is no contradiction. Further, Section 84(2) also begins with the phrase “Subject to the other provisions of this Act“, which not only indicates that the legislature intended to create exceptions to it, but also that there must be a provision in the Trade Marks Act that contradicts it, lest this phrase would be left redundant as well.

To accord meaning to the chapeau of Sections 84(2) and (3), one would have to read the phrase ‘any other Bench’ as one would in ordinary English, broadly. It would then include the Chairman’s bench, thereby allowing him to pass orders on a single member bench and contradicting the requirement of two members on a bench laid down under Section 84(2).  Such an interpretation gives greater power to the Chairman to ensure proceedings continue and matters are heard, especially in situations such as the present one, where there is a shortcoming of members in the IPAB.

The current situation of the IPAB is not desirable, but it is similar to the situation of many of the other tribunals in India. Recently, a 5 judge bench of the Supreme Court began hearings of petitions concerning the poor state of the tribunals in the country, including the NCLAT, National Green Tribunal and IPAB among many others. The court passed an order that requires the government to streamline the functioning of tribunals by bringing their administration under a single nodal agency of the government. The order has seemingly yielded immediate results, with the Cabinet approving the creation of 3 extra posts for Judicial and Technical Members each, at the NCLAT. One can only hope that the same enthusiasm is shown towards appointments at the IPAB as well.

I would like to thank Prof. Shamnad Basheer, Ms Pankhuri Agarwal and Mr Himanshu Arora for helpful discussions. All errors, however, remain solely my own.