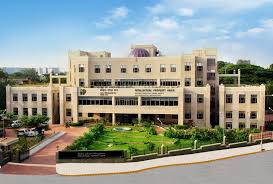 According to an anonymous report received by us at SpicyIP, the Indian Patent Office (“IPO”) is yet to issue Patent Agent Registration numbers aka IN/PA numbers to a certain number of successful candidates who have cleared the Patent Agent Examination, 2018 (“Examination”).

The Examination took place in October, 2018 and the results were released in January, 2019. The IPO released instructions on the procedure to be followed by the candidates who had qualified the Examination and announced that they were to file their application for registration in Form-22 along with a number of identification documents and the requisite fees for registration and continuation in one financial year .

Though the IPO has issued IN/PA numbers to a certain number of candidates, many are yet to receive them. Given that the results have been released around 5 months ago, such delay should not be condoned. Candidates who are yet to receive their Registration numbers cannot start practising and may thereby lose out on prospective clients and suffer losses.

We hope that the IPO takes note of this disappointing state of affairs and that they quicken the process of issuing Registration numbers to the remaining successful candidates.