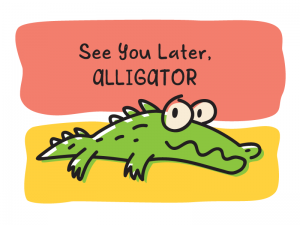 We’re pleased to pleased to bring to you a guest post by our Fellowship applicant, Arushi Gupta. Arushi is a 2nd year student at Maharashtra National Law University, Mumbai. This is her third submission for the Fellowship.

“See you in Court, Alligator?” The Delhi High Court Rules in Favor of Crocs Over Passing Off of a Registered Design

In a succinct 16-page order, the Division Bench held that ‘prima facie’, the 18th February judgment seemed erroneous. It clarified the law and restored it to good sense. In my previous post, I had made the following aversions regarding Crocs:

First, the bench discussed Mohan Lal. It concerned itself with Issue II, which had raised the question of the availability of the remedy of passing off to a registered design. It noted that the Mohan Lal Court had held: (1) the possibility of a design gaining goodwill as it is used in the course of business and becoming a “source indicator” and (2) remedy to an unregistered trademark owner to claim “passing off” against a third party. Thus, the Court correctly held that the Mohan Lal Court was of the view that post-registration or expiry, a design may enjoy protection as an unregistered trademark and the remedy of “passing off”.

Second, the bench discussed Carlsberg. It rightly held that the ruling in Carlsberg was confined to Issue III, which had raised the question of joinder of separate causes of action. Further, it addressed the controversy regarding paragraph 43 of the judgment—by reading it in context. The said paragraph discussed the “inaccurate” observation in Mohan Lal. In Mohan Lal, the Court had held that design and trademark might enjoy simultaneous protection since there was no prohibition to this under Section 19. But, it had failed to consider Section 19(e), which cancels a design registration as soon as it operates as a trademark. Thus, Carlsberg confirmed that design and trademark couldn’t enjoy simultaneous protection unless the elements of design are not used as trademark but in the overall “trade dress” or “get up”. This had caused the Court in Crocs to erroneously misconstrue Carlsberg—out of context—to hold that only features other than in the design could become a trademark. In the appeal, the Bench observed the context in Carlsberg wherein the observation was preceded by observations regarding the overlap in the standard of proof as well as burden of proof of malicious intent. Further, in Carlsberg, the court had also observed that both design infringement and passing off emerge from a common set of facts, which impel a person to approach the Court. The latter observation had assisted the Court in its conclusion towards the joinder of infringement and passing off.

However, the Court failed to discuss interesting points about “overprotection”, “ever greening” and the nebulous “legislative intent” brought forth by Justice Endlaw. Thus, the Court shied away from dealing with the policy decision behind the prohibition on overlap and its apparent prejudice towards either trademark or design. Ruefully, this prevents the judgment from becoming a guiding lamppost on the possibility of overlapping intellectual property in India.

Lastly, Crocs had another reason to celebrate, as it was granted interim relief against the activities of the Defendants. The Plaintiff satisfied the criterion of temporary injunction. While, I would have appreciated an analysis into the reasons for granting the aforementioned relief—a quick Google search revealed the reasons almost too evidently!