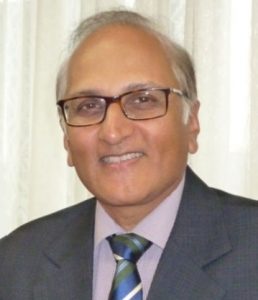 In a bit of good news, in an otherwise bleak time for Indian IP, Justice Ravindra Bhat was recently appointed to the Supreme Court of India. For the last 15 years Justice Bhat served as a judge of the Delhi High Court (and a few months as the Chief Justice of the Rajasthan High Court) where he delivered a number of landmark judgments in IP, starting with his famous judgment in the Roche v. Cipla patent infringement battle where he denied Roche a interim injunction on the grounds of public interest. Since that judgment, Justice Bhat has achieved an iconic status in Indian and global IP circles. He is perhaps the only Indian judge to have dealt with virtually every branch of IP be it patents, copyrights, trademarks, plant variety, intermediary liability and design law. He has made an extraordinary contribution to Indian IP jurisprudence through cogent and well-reasoned judgments. Apart from IP, he has delivered landmarks judgments related to the right to Information law, the right to free speech, drug regulation law and most recently on the constitutionality of the Competition Commission of India (CCI).

I wrote a piece a few months ago highlighting some of his contributions to Indian IP jurisprudence. This is not to say I agree with all of his judgments. There have been some of his judgments like in the Monsanto case, which I think are questionable from a patent law perspective but those judgments are few and far between. Most importantly, Justice Bhat is the best example of why we do not require specialist judges. He never practiced IP law and started dealing with IP law only as a judge of the High Court. Yet he has delivered far superior judgments in IP when compared to IP practitioners appointed as judges of the Delhi High Court.

Unlike the apex courts of other countries, the Supreme Court of India does not sit en banc. It usually sits in benches of two or three, so there is no guarantee that Justice Bhat will hear every IP matter that reaches the Supreme Court. There is however an informal custom wherein the Chief Justice assigns specific matters to judges with an expertise in the subject matter. For a long time, Justice Dalveer Bhandari used to be assigned IP matters because of that one judgment in the Taj Television v. Rajan Mandal & Ors. So hopefully, some IP cases should make their way to Justice Bhat over the next 5 years. He will serve on the Court till October 2024 when he turns 65 which is the age of retirement for Supreme Court judges.