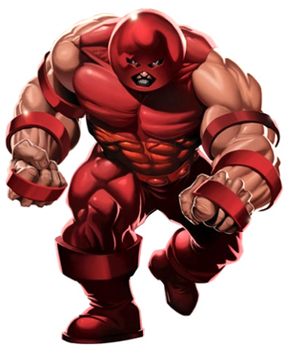 The borderless nature of the internet has, time and again, challenged conventional notions of jurisdiction and enforcement. While countries have a legitimate interest in protecting / preserving their laws, with the internet, there is always a fear of the law becoming a general law of the internet. Maintaining this balance is key when deciding questions that pertain to issues involving parties belonging to different jurisdictions.

The Delhi High Court was tasked with resolving a trademark infringement and passing off dispute between a US based company and an Indian company. While we would presume that the Indian party (the usual suspects in trademark wrong doings) was the defendant, the roles in this case were reversed. The court was dealing with a foreign defendant and an Indian plaintiff.

Juggernaut Books Private Limited (the plaintiff) is a Delhi based publisher of books and e-books and offers its books and services on a subscription based website www.juggernaut.in. The website was introduced in India in 2015. The plaintiff also has a presence on social media platforms. The trademark ‘Juggernaut’ has been registered by the plaintiff in class 16 and is pending registration in classes 41 and 42.

Since the defendants are residents of a foreign country, the court was required to assess whether or not it had jurisdiction to hear this dispute. The court, citing the Banyan Tree judgement and other related judgements, applied the ‘purposeful availment’ test to hold that the defendants had “purposefully availed” / established substantial connection / targeted customers in Delhi and therefore the cause of action had arisen in Delhi. The conclusion was reached due to the following facts (a) the defendant’s website is accessible in Delhi and subscription to the website can be obtained by customers in Delhi, (b) the defendant’s website publishes articles that have a close connection with India, (c) the defendant wrote to William Dalrymple who works out of Delhi for a considerable portion of the year, and (e) the plaintiff’s registered office is Delhi.

In addition to holding that the Delhi High Court has jurisdiction, the court also passed an ex parte interim order restraining the defendants from using the mark ‘Juggernaut’ or any other similar mark in relation the the services offered by the plaintiff and also directed NameCheap Inc to block the domain name www.thejuggernaut.com till the next hearing.

In cases of passing off, in order to establish a cause of action, courts in India require the plaintiff to establish that the defendant has purposely availed itself or targeted consumers of the jurisdiction of the forum court (see Banyan Tree, Millennium and Copthorne). Courts have held that a passive website, which does not enable the defendant to enter into commercial transactions or lacks interactivity, does not pass the test of purposeful availment.  Even the Delhi High Court in the Juggernaut decision, has applied this test to the question of jurisdiction.

This test is, however, at odds with the Civil Procedure Code, which requires the plaintiff to choose a forum court based on where the cause of action arises. The test of purposeful availment shifts the focus from the plaintiff’s cause of concern (showing prior use, reputation, misrepresentation) to establishing the intention of the defendant to avail of a particular jurisdiction. So long as the plaintiff can establish a cause of action, regardless of whether the defendant targeted or purposely availed a particular jurisdiction, the civil procedure code requires the forum court to  take up the matter. Further, this test cannot be a one size fits all kind of test. For instance, this test does not fit for cases of well known trademarks because in such cases a cause of action certainly arises even with the mere accessibility of a “passive” website that uses a similar trademark. Also, in infringement actions, where the plaintiff does not reside in India / carry on business in India, by virtue of holding a registered trademark in India, the plaintiff can show a cause of action by the mere existence of a passive website within the jurisdiction of the court. In such situations, the test of purposeful availment is irrelevant.

The bigger issue that this case highlights is the issue of enforcement of orders against foreign defendants. In this case, the defendants did not enter appearance and the court proceeded in their absence. However, after the interim order of blocking the website was issued, the defendants entered appearance. The order of blocking was a harsh but quick way to ensure the foreign defendant’s appearance. Executing a decree of an Indian Court outside the country is not a straightforward process. Had it not been for this order, the Indian plaintiff would have had to undertake an expensive and long process of initiating proceedings in the US.

Thank you very much to Aanchal Tikmani for bringing this order to our notice!