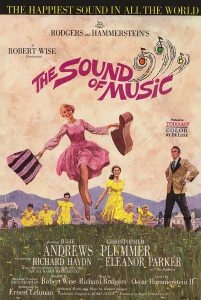 As with all industry reports advocating the industry interests, the figures in the IMI report should be taken with a pinch of salt. However, such reports are always interesting because they provide an insight into the thinking of the industry and can help identify the key policy challenges as self-identified by the industry.

In the case of the Indian music industry, the key challenges identified by the report are: piracy, the increasing value gap, public performance rights compliance and conversion of free services to subscription services.

Can Music Piracy Still Be a Challenge?

On the issue of piracy being a challenge to the music industry, I am rather skeptical because music today is accessible for free as long as you have an internet connection. Gone are the days where everyone used to line up at songs.pk to download music. There has been a veritable explosion of free streaming services like Saavn, Gaana, Spotify and of course, YouTube. All you need is an internet connection and you can access high quality music for free. How can you “steal” something that is free?

According to an older report of the IMI, the main grouse of the music industry appears to be “stream-ripping” wherein some users use special software to rip music off websites like YouTube to covert it into a downloadable format that can be played without having to stream content by using expensive data services. A previous IMI report (on Page 8) has very helpfully provided a list of services which provide stream-ripping services.

My guess is that the only reason people were using these stream ripping services was because of the cost of data services or because of the poor quality of internet services in parts of the country. With the price war launched by Reliance’s Jio, internet prices have crashed. If people are still using stream-ripping services it is because of poor connectivity in parts of the country and I doubt whether that small sliver of users is causing enough harm for the IMI to classify piracy as its number one threat.

We should be constantly wary of the piracy rhetoric from copyright owners because terrible things have been done in India in the guise of fighting piracy. We are one of the few countries to permit preventive detention for the offence of copyright infringement. We are also one of the few countries to allow the police to search premises and arrest people on suspicion of copyright infringement without any warrants from a court of law. These are draconian measures for non-violent criminal offences.

The second gripe of the IMI, is the value-gap due to legislative measures such as Section 31D and safe harbor protection for internet intermediaries. I am much more sympathetic to the Indian music industry on these two issues.

Section 31D basically allows the radio and television industry to apply to the Copyright Board (now the IPAB), for statutory licenses to broadcast music owned, by the music labels, at a rate fixed by the tribunal. The last time the Copyright Board decided one such compulsory licensing dispute in 2010, it fixed the royalty rate at 2% when the music industry asked for a rate of 20% of ad revenues. An appeal against the badly reasoned order of the Copyright Board has been pending for the last 9 years before the Madras High Court. I think it is time to evaluate whether India should be adopting the statutory licensing regime or whether it should take the route of competition law to take aim at the dominant music labels abusing their power. Smaller music labels or even big labels playing by the rules should not be forced to license their music at rates fixed by tribunals. Of course, if the music industry is going to form a cartel under the aegis of a copyright society like Phonographic Performance Ltd. and negotiate with the broadcast industry, it should be penalized under competition law.

Regarding the ‘value-gap’ argument due to safe harbor protection for giants like YouTube and Facebook, there is some merit in pushing back against the present legal regime. Due to the present safe harbor provisions, intermediaries are not required to take down material for a period more than 21 days unless the music label is able to get a court order. This relieves intermediaries of the responsibility of actively monitoring their platforms to take down infringing content. This decreases the bargaining power of music owners because the risk and threat of potential lawsuits is the greatest reason for intermediaries to take licenses from the music industry. With safe harbor protection that risk is largely minimized which in turn reduces the ability of the music industry to negotiate higher licensing rates. This is the theoretical argument that was used to spur a pushback in Europe recently, to do away with safe harbor protection for platforms like YouTube. There are strong reasons for Indian policymakers to rethink the safe-harbour protection introduced in Indian copyright law in 2012.

With regard to the hotel and hospitality industry, from what I understand there are services sprouting up that are providing specialized streaming services/packages. This is one of the reasons that some coffee shops play the same music in a loop, every day.

One of the final challenges identified by the IMI-Deloitte report is the challenge for their OTT streaming services to convert their listeners into paying customers who subscribe and pay for music on a monthly basis. This would increase the size of the pie allowing for music labels to demand more royalties from the OTTs. According to figures presented in the report, the conversion rate is at merely 1% of 150 million customers who currently stream music. Contrast this to the 232 million subscribers for Spotify and 60 million subscribers for Apple Music in the global market. Clearly, the Indian market has some distance to go, although I am not sure if the Indian music listener will behave in the same manner as his counterparts in the West. The Indian market is very unique on several counts and it is possible that India needs a radically different business model.