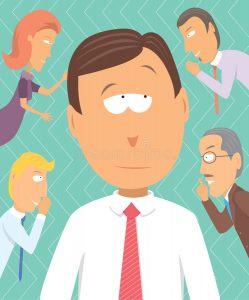 [This post has been co-authored with Bhavik Shukla, a 5th year student at National Law Institute University (NLIU), Bhopal.]

Section 115 of the Patents Act, 1970 (‘Act’) grants a court (hearing matters under the Act) the power to appoint independent scientific advisors to assist courts in any proceedings, or report upon any questions of fact or opinion (not involving a question of interpretation of law). The Patent Office is required to maintain a roll of such advisors and update it annually under Rule 103(1) of the Patent Rules, 2003 (‘Rules’). The eligibility requirements for appointment of such advisors are stipulated under Rule 103(2).

The Patent Office had invited applications for enrolment or continuation as a scientific advisor in February last year. For new enrolment, the application form required the applicants to fill in their contact details, educational qualifications, professional experience and research experience (if any) and also mention if they are working with any S & T department of the Goverment. The declaration for retention as a scientific advisor merely required the present advisor to furnish an updated biodata, if any. The list of selected advisors was published early last month. The list contains names of 37 advisors, 15 newly enrolled and 22 retained from the 2010 list. The following are the number of advisors appointed across four groups in comparison with the list published in 2010:

In an earlier post, Prashant had expressed concern over inclusion of some Patent Agents in the list of scientific advisors. He had noted that “[a]lthough there is no statutory bar against ‘patent agents’ being empanelled, one would think that there might be a conflict of interest for them to appear on such a list.” In a welcome move, this time the Patent Office has limited the number of Patent Agents to just 2 in contrast to around 6 in the 2010 list. Interestingly however, neither the new list nor the previous one specify if a particular advisor is a Patent Agent. Isn’t this a violation of Rule 103(1) which requires the roll of scientific advisors to include their designations and their technical and practical experience?

Further, Rule 103(1) mandates the Patent Office to not only maintain a roll of scientific advisers but also update it annually. Then how come after 2010 the list was updated and published only now in 2019 i.e. 9 years later? Doesn’t this amount to a blatant violation of the Patent Rules?

Failure to Include Photographs and Specimen Signatures

Furthermore, Rule 103(1) requires the roll of scientific advisors to contain their specimen signatures and photographs apart from other stipulated information. However, neither the 2010 list nor the 2019 list does so. Again, doesn’t the failure to do contravene the Rules?

Given the significance of the role that scientific advisors play in the patent litigation proceedings, Prashant had recommended framing of a code of conduct for these advisors in his post here. No such code seems to have been in put in place yet. It is important that the Patent Office considers formulating not only a code of conduct but may be also rules or guidelines as to the appointment of and provision of assistance by these advisors .

If any of our readers have any information in relation to the issues raised above, please do share it with us!