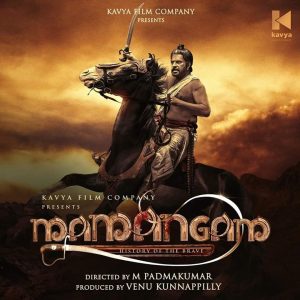 ‘Mamankam’ is a grand festival which used to be held once in 12 years on the banks of the Bharathapuzha river in Kerala during the 14th to 19th century. The appellant, Sajeev Pillai, a film director and a script writer, claims to have researched the history of Mamankam and to have written a script for a film. Stated to be his dream project, Pillai met Venu Kunnapalli, the first respondent while searching for a producer to make a film based on the script. Thereafter, he signed an MoU with Kavya Film Company which was associated with Kunnapalli.

Though Pillai was appointed as the director, after completion of two shooting schedules, his services were terminated and he was replaced by someone else. The shooting of the film was thereafter completed, allegedly by mutilating, distorting and modifying his script. Pillai, therefore, filed a suit seeking various reliefs. An interim injunction application was also filed to restrain the respondents from releasing, publishing, distributing or exploiting the film’ Mamankam’ and issuing pre-release publicity without providing adequate authorship credits to Pillai as per film industry standards. The District Judge denied the interim injunction application triggering Pillai to appeal before the Kerala High Court. The order in the appeal was rendered a day before the slated release of the movie.

In the appeal, the respondents took the stand that Pillai had assigned his work which includes the story, script, screenplay and dialogue to the respondents and hence he lost his authorship over the same. As such, they argued that no credit needs to be given to Pillai.

In deciding the issues, the Court analysed Section 57(1) of the Copyright Act which prescribes that even after assignment of the copyright in a work, the author of a work will have special rights to claim the authorship of the work. It noted that:

a) the first sub-section thereof entitles the author to restrain third parties from making any distortion, mutilation or modification or any other act in relation to the said work that would be prejudicial to his honour or reputation; and

b) the second sub-section thereof entitles the author to claim damages in respect of any distortion, mutilation or other modifications to his work or any other action, in relation thereto which would be prejudicial to his honour or reputation.

The Court noted that Pillai had a strong, prima facie case against the respondents and that the assignment of the work by him would not exhaust his legal right to claim authorship over it.  However, it had to balance Pillai’s apprehension that the film is a distorted version after mutilation and modification of the original script by the respondents, with the respondents’ concern regarding the imminent release date of the film. It, therefore, took a balanced view and noted the following:

a) As all arrangements for the release of the film have been made by the producer, postponement of the same for displaying the name of the scriptwriter as one Sanker Ramakrishnan would definitely cause huge damage to Kunnapalli;

b) In the film industry, the work and effort of so many persons are involved in making a film and if it is postponed, it would definitely cause untold difficulties to all those persons who rendered their effort and service for making the film ready for release;

c) However, the right of Pillai and his concerns could not be ignored.

Based on the above, the Court held that the film may be released without exhibiting anyone’s name as the script writer or as writer of the screen play thereof till the disposal of the suit. The Court also noted that the issue whether the respondents mutilated or modified the script was a larger question which could be decided after the trial.