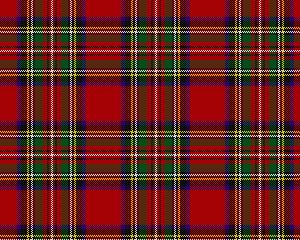 A tartan is a cross-checked repeating pattern of different coloured bands, stripes, or lines of definite width and sequence, woven into woolen cloth. While tartan patterns have existed for centuries in many cultures, there is recorded evidence that are regarded as “peculiarly Scottish”. Many Scotch Whisky brands use the word or the image of tartan as their trademarks. Scotch Whisky is one of the best protected geographical indications (GIs) in India and world over. Protection of Scotch Whisky in India through passing-off actions and trademark oppositions undertaken by the Scotch Whisky Association, UK (SWA) goes back to the 1970s.

In the present case, the Singapore High Court was deciding an appeal against the decision of the Assistant Registrar of Trademarks in an opposition filed by the SWA against registration of the mark ‘Isetan Tartan’ in Class 33 (alcoholic beverages (except beer) and sake) by Isetan Mitsukoshi Ltd. (IML), a century old Japanese department store.

SWA opposed the application mainly on two grounds. First, that it was deceptive as to the geographical origin of the goods due to the presence of the word ‘tartan’. Secondly, that it was prohibited under Singaporean law from registration because it contained a GI. The Assistant Registrar dismissed the opposition. SWA filed an appeal before the High Court, which mainly dealt with the two issues discussed below.

Whether ‘Isetan Tartan’ is a Deceptive Mark?

On this issue, SWA argued before the High Court that:

IML, on the contrary, argued that:

Based on the evidence filed by SWA, the Court upheld the argument that ‘Isetan Tartan’ is a deceptive mark and found that:

Now, such a finding is not something new for SWA in India. The 1979 decision of the Delhi High Court in Dyer Meakin Breweries v. Scotch Whisky Association raised a similar issue as that before the High Court of Singapore. The defendant in that case used the mark “Highland Chief” along with the device of the head and shoulders of a Scottish gentleman wearing a feather bonnet, plaid and a tartan edging. The Court held that the device, being a well-known symbol of Scottish origin, would enhance the impression made by the words ‘Highland Chief’ as having some nexus with Scotch Whisky produced in Scotland. Indian Courts have also prevented use of marks that contain words or names that evoke Scotland such as “Drum Beater”, “Glen” (meaning a ‘valley’ in Gaelic), “Ben” (meaning a ‘mountain’ in Gaelic) etc., in respect of Indian whiskies with or without other terms as deceptive of origin.

Whether ‘Isetan Tartan’ is Prohibited from Registration Because It Contains a GI?

The Singaporean trademark law has a provision similar to Section 11(3)(a) of the Indian Trade Marks Act, 1999 that prevents the registration of a trade mark if its use in India is liable to be prevented by virtue of any law.  Additionally, the Singapore Trade Marks Act prevents the registration of a mark that contains a GI which is used for a wine or spirit. For applying these provisions in its favour, SWA had to first prove that ‘tartan’ is a GI in Singapore and then establish that its use was prohibited under the law.

To persuade the Court to accept its argument, SWA relied on the decision of the European Court of Justice (ECJ) in Scotch Whisky Association v. Klotz (“Klotz”) that held that the word “use” should also include other forms of use than direct “use”.  SWA further argued that just like the EU law, even the Singaporean law was enacted pursuant to the TRIPs Agreement and hence it does not necessarily follow that the ambit of the word “use” must mean precisely the same thing in both jurisdictions.

The Court was not persuaded by the said argument after examining the provisions of the relevant European law [Article 16 of the Council Regulation 110/2008 which prohibits “indirect commercial use” as well as “evocation” of a GI], because the scope of protection offered by the said law is significantly wider than that offered under Singapore’s equivalent legislation. Accordingly, the Court was guided by the plain and ordinary meaning of the word “use” in the Singapore Trade Marks statute and held that what is being “used” by IML is the trade mark ‘Isetan Tartan’ and not ‘Scotch Whisky’.

Contrast this finding with the Indian scenario. The Indian GI Act defines a GI under Section 2(1)(e) as:

“geographical indication, in relation to goods, means an indication which identifies such goods as agricultural goods, natural goods or manufactured goods as originating, or manufactured in the territory of a country, or a region or locality in that territory, where a given quality, reputation or other characteristic of such goods is essentially attributable to its geographical origin and in case where such goods are manufactured goods one of the activities of either the production or of processing or preparation of the goods concerned takes place in such territory, region or locality, as the case may be.”

Section 2(1)(g) defines an indication as:

“indication” includes any name, geographical or figurative representation or any combination of them conveying or suggesting the geographical origin of goods to which it applies.”

A combined reading of these two sections would enable SWA or any GI owner for that matter to argue that use by a third party of any indication that conveys or suggests a geographical origin of goods would also amount to use of the GI.  For instance, if SWA were to oppose ‘Isetan Tartan’ in India, it would be able to successfully argue that since TARTAN evokes Scotland, its use on whisky conveys the geographical origin thereof as Scotland and is hence a GI under the GI Act. Further, SWA would be able to use that as a ground for opposition under Section 11(3)(a) of the Trade Marks Act, 1999, namely, a use that is contrary to the GI Act.

Indeed, Indian courts have come a long way in the protection of GIs.