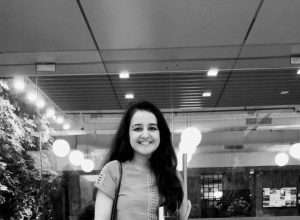 We’re pleased to bring to you a guest post by Simrat Kaur. Simrat is a New Delhi based IP lawyer. She pursued her undergraduate law course from Rajiv Gandhi National University of Law, Punjab and masters law course from National University of Singapore. After having worked with leading Indian law firms (Anand & Anand and Luthra & Luthra Law Offices), she is currently practicing under the banner “The Endretta”. Simrat has written several guest posts for us in the past as well (see here, here, here, here and here).

Why Such Small Pittance For Our Music ? : Music Industry Lifts Up Its Voice Against Statutory Licensing

While speaking at the Indian Music Industry (IMI) Convention, 2019, Vikram Mehra (IMI chairman) said – “The biggest raw material for the radio industry is music, and they pay the music industry Rs 60 crores. We don’t get paid more than 2% of the topline……when we ask for a legitimate share, are we being unfair?” Questioning the fairness of the overall legal framework, he further mentioned that Section 31D is a “threat” to music industry.

Section 31D of the Copyright Act embodies a statutory licensing scheme, according to which any ‘broadcasting organization’ may obtain a statutory license to communicate a sound recording to public, provided it pays the royalty rates to the copyright owners, at rates fixed by the IPAB (notably, there is no requirement of showing unreasonable denial of license by the copyright owner). Originally designed for radio and television, it has recently been used as a sword against the recorded music industry (“Industry”) by internet platforms like Spotify, too. The industry did get the much needed relief in the case of Tips v. Wynk wherein the Bombay High Court interpreted Section 31D in a narrow fashion and held that the provision does not include internet platforms. However, since the Draft Copyright Amendment Rules, 2019 propose to provide a clarification to the contrary, the Industry is still placed at a critical juncture.

Analysis of the current situation and the arguments made by Mr. Mehra raise the critical question – does the regime of statutory licensing of sound recordings need re-evaluation?

On tracing the foundational principles of the law on statutory licensing, we find that it basically stems from the need to ensure adequate / unimpeded access of content to public and to support new technologies which enhance such access. As regards the economic factors, first primary reason it found its way to copyright legislations worldwide, is the solution it offered to transaction cost related market failures. This is because it does away with the need to track down multiple copyright owners to seek licenses, thereby saving the cumbersome process as well as negotiation/contract/legal costs for licensees. Second reason relates to competition, because this form of regulation discourages monopolistic behavior of copyright owners who are considered to hold extremely high bargaining power.

But does statutory licensing reflect current realities and continue to serve the purposes for which it was designed?

As regards the problem of seeking licenses in bulk from disperse copyright owners entailing high compliance burden and transaction costs, we seem to have a solution today in the form of collective management organizations (“CMOs”). Efficiently and transparently working CMO’s solve the problem of transaction cost related market failures, without government intervention. They collect payments, disburse royalties to rights holders and also keep the records. Professor Merges says (here and here) that CMO’s work better than statutory licensing when it comes to reduction of transaction costs because they provide for “expert tailoring” – royalty rates are set by industry experts unlike in the case of statutory licensing where court/tribunal sets the rates. Also, the rules of licensing followed by CMO’s are much more “flexible”, as compared to those prescribed by a statute which are difficult to change. He also emphasizes on the susceptibility of statutory licensing regime to political lobbying and the “influence costs” associated with it.

Given the above, it seems better to have a tiered-system wherein platforms approach CMOs to license music from smaller labels (this will improve licensing efficiency), and for the larger labels, licensing deals could be negotiated directly.

Competition is an understandable concern in the case of music industry where content is concentrated in the hands of a few players / licensing organizations – unreasonably high licensing rates and holdout effects remain major concerns. But the key question is – What should be the form of antitrust oversight? Is it sensible to adopt an aggressive and preventive approach like statutory licensing? Can’t we address actual anticompetitive behaviour, through injunctive reliefs and fines? It’s apt to quote Makan Delrahim (Assistant Attorney General, Antitrust Division, US Department of justice) here, who asserted – “We don’t want to kill the goose that lays the golden egg….antitrust enforcers should approach the systems which reward innovations with some humility.” Further, US Copyright Office says “where particular actors engage in anticompetitive conduct in violation of antitrust laws, that conduct should be addressed. But compulsory licensing does more than that—it removes choice and control from all copyright owners that seek to protect and maximize the value of their assets”.

Gone are the days when music distribution platforms needed support (just to recall, while fixing radio royalties at 2% of Net Advertising Revenues (“NAR”) ten years back, Copyright Board said  FM radio industry, being in bad state of health, cannot be allowed to die in harness). It must be taken into consideration that television/radio/internet streaming platforms are all too big in size, revenues and investor valuations, today, when compared to the music industry. They do not need govt. assistance to thrive. On the other hand, music industry which has humungous potential of growth is currently struggling (for facts and figures, see the IMI – Deloitte report here). So, isn’t it the time to shift the balance in favour of music industry?

Current compulsory licensing regime is causing loss of legitimate potential revenues to music industry, thereby impacting the incentive to create or invest in new music, which in turn, is likely to lead to underproduction of music. So, even if it is assumed that music is a public good (it’s debatable though – owing to the highly excludable nature of music and other economic factors outside the scope of this article, it is hard to label music as a public good, particularly a “pure” one), does it make sense to have a public utility regulation which is, in effect, depriving public of enough quality and quantity of music? Since music involves technical skills, it is a “skill embodied” good. Policy must ensure its optimum production and fair compensation of those who are skilled in musical art. We can’t afford to underpay them just like in the case of healthcare, we can’t afford to pay doctors and medicine researchers less in order to achieve the social goal of public access to medicines at low rates. Such an approach could prove to be highly counterproductive.

While the debate is on if the internet platforms like Spotify should be included under Section 31D and if there will be a need to clearly differentiate online services on the basis of interactivity; the above arguments, on the contrary, indicate the need to slowly move away from the regime of statutory licensing in all its forms. This is because none of the historical justifications for statutory licensing seem to hold much water in present times. Perhaps, this is the right time to move towards market-based license rates and a system of private ordering of music marketplace, entirely through CMOs. Yes, as a result of this change in regime and implementation of “fair” rates, ad-supported music distribution models may gradually shrink, but wouldn’t that be beneficial? Platforms will be pushed to move towards subscription-based models leaving consumers with no choice but to pay for music. Barring some short-term challenges, this, in the end, is likely to be a win-win situation for all, provided enforcement agencies keep piracy in check.