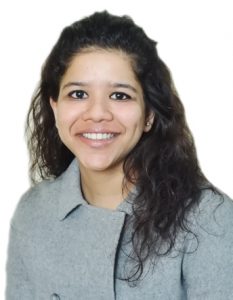 We’re pleased to bring to you an interesting post by Kaveri Jain on the scope of moral rights of an artist vis-à-vis destruction and alteration of its original artwork. Kaveri Jain is an attorney at Ira Law. She graduated from Amity Law School in 2018 and worked at a boutique IP firm in New Delhi prior to joining Ira Law.

Distortion or Destruction of Artistic Works : Scope of Moral Rights of Artists

Does an artist being the creator of an original piece of art have the right to object to the alteration or destruction of its work by the purchaser of the art work?

In a recent order passed by the Danish Maritime and Commercial High Court, the Court issued a ruling which explored the fine line between destruction and alteration of an existing artwork.

In the case at hand, a luxury watch making company was injuncted from using the canvas it purchased from the artist to make decorative faces for its line of designer wristwatches. The Danish artist, Tal Rosenzweig (“Rosenzweig”) moved the Court praying for a preliminary injunction restraining the Danish watch making company Kanske Denmark ApS (“Kanske”) from slicing up his original piece of art for insertion in its line of watches.

In the injunction request made by Rosenzweig, he claimed that the intended use of his artwork by Kanske would amount to infringement of copyright as the same would violate the exclusive rights granted to him under section 2(1) of the Consolidated Act on Copyright, 2014 (copyright law of Denmark), which provides the artist the right “to control the work by reproducing it and by making it available to the public, whether in the original or in an amended form …” as well as his rights under section 3(2) of the Act, which provides that “the work must not be altered nor made available to the public in a manner or in a context which is prejudicial to the author’s literary or artistic reputation or individuality”.

In response, Kanske argued that the wristwatches would not be a reproduction of the painting in an amended form but a complete destruction of the painting, followed by the creation of a new and original artwork from the pieces. Kanske further argued that each watch would only contain 0.04% of the original painting and thus, the wristwatches faces would not be recognisable as pieces of the original artwork.

In its ruling, the Danish Maritime and Commercial High Court ruled in favour of Rosenzweig, expressly holding that the insertion of pieces of a painting into wristwatches did not amount to destruction of the work but reproduction of the work in an amended form. The Court further noted that Kanske had itself explained on its website that the very idea of the project was to transform Rosenzweig’s artwork and thus it would make no difference if the artwork, once incorporated into the wristwatches, would no longer be recognizable.

The Court further ruled that the project would indeed constitute an alteration and making available the artwork “in a manner or in a context which is prejudicial to the author’s literary or artistic reputation or individuality,” would be violative of section 3(2) of the Danish Copyright Act.

Earlier this year, the Delhi High Court in the case of Jatin Das v. Union of India, while upholding the moral rights of the artist, restrained the defendant, the Steel of Authority of India (“SAIL”) from carrying out any further distortion of the artist’s iconic art installation ‘Flight of Steel’.

In 1995, the Plaintiff, Jatin Das (“Das”) was invited by SAIL to create a welded sculpture. Das created a 30 feet high and 30 feet round steel sculpture, “Flight of Steel” in November 1995 and it was installed at CEZ Square, Bhilai (now in Chhattisgarh). In March 2012, much to his dismay Das was informed that his iconic art installation had been removed, dismantled and relocated by SAIL to a zoo. Das rushing to the zoo, found disfigured, twisted bits and pieces of the sculpture dumped and scattered.

Das then obtained an interim order from the Delhi High Court in 2012, restraining SAIL from carrying out any further destruction of the sculpture. Das alleged infringement of his special rights, namely ‘moral rights’, being the author of the sculpture and prayed for a permanent injunction to restrain SAIL from causing further destruction of the sculpture. SAIL contested the suit on the ground that the sculpture was being relocated as the same was a hinderance in the construction of a flyover to be built passing over the CEZ square. The Court after hearing substantive arguments from both sides, was of the prima facie view that the matter could be resolved by constituting a Committee to examine the matter and suggest a fair solution.

After a rigorous round of litigation spanning over 7 years, the matter was recently decided by the Court on the basis of recommendations put forth by the Committee, according to which the sculpture would be relocated where Das would repair and restore the sculpture with assistance from SAIL.

This case bears a striking similarity to the seminal Delhi High Court litigation in the case of Amar Nath Sehgal v. Union of India (2000)(“Amar Nath Sehgal”) where too, an important sculpture described as an ‘Indian national treasure’ had been damaged and, indeed, mutilated by negligent mishandling of the work. After a rigorous litigation spanning over two decades, the Court held that destruction of an artwork affects the moral right of integrity of an artist as the existence and integrity of the overall corpus of the artist is the very foundation of his or her reputation.

In this respect, the Court in the case of Amar Nath Sehgal took a firm stand on an issue that has divided international copyright experts – “whether destruction of an artwork qualifies as a violation of the artist’s moral rights of integrity” and answered the same with a resounding “yes”. India’s current provisions on moral rights are similar to those granted to artists and other creative professionals under the Danish Copyright Act. In both legislations, the owner of a copyright is required to establish that the mistreatment of his/her work amounted to a “distortion, mutilation, or modification” that would in turn negatively affect his/her reputation or honour.

Though upon a reading of the Danish Copyright Law it can be seen that authors have limited the scope of moral rights only to cases where the original work is altered or made available to the public in a manner or in a context which is prejudicial to the author’s literary or artistic reputation or individuality, the approach taken by the Danish Court to injunct Kanske from chopping up Rosenzweig’s original piece of art, thus amounting to destruction of the artwork, is a view in consonance with the view taken by the Delhi High Court in ruling that the author of a work can prevent any changes being made to his/her work including complete destruction of the same.

However, an analysis of the Indian position on moral rights would be incomplete without a reference to the recent judgement of Justice Endlaw in the case of Raj Rewal v. Union of India (“Raj Rewal”) wherein the Court rejected the claim that an author’s moral rights take precedence over the rights of the building’s owner to destroy or modify the building. The Court while rejecting the artist’s prayer for an injunction held that preventing the destruction of the building would amount to restriction of a property owner’s right to deal freely with his own property and land.

The Court held that the author’s right to prevent ‘distortion, mutilation or modification’ of its work under Section 57 did not permit an author to prevent the destruction of a work in its entirety, since “what cannot be viewed, seen, heard or felt, cannot be imperfect and cannot affect the honour or reputation of the author.” The Court took the view that architect’s rights are restricted to prevent the building owner from making changes to the building and proclaiming that the architect is the author of the modified building.

It is pertinent and important to mention here that the case of Raj Rewal cannot be read in line with the cases discusses hereinabove as the subject matter in this case was a work of architecture which is at a different footing than a work of art. The protection granted to actual buildings is lesser than architectural plans for the building under the Indian copyright law.

Reading the three cases discussed above, it is evident that Indian courts seem to be divided in their opinion on one of the most controversial topics concerning copyright law, “Does complete destruction of a piece of art amount to infringement of an artist’s moral rights”? Though in Amar Nath Sehgal, the Delhi High Court answered this question with a resounding “yes”, the position taken in Raj Rewal seems to be a complete contrast to the established principles of law upheld by the courts for the last 20 years.

While Das’ suit before the Delhi High Court has been decreed in terms of the recommendations made by the Committee, the question of law regarding ‘moral rights of an artist’ is yet to be decided in this particular case and it would be interesting to see which view the Delhi High Court agrees with. Will it uphold Amar Nath Sehgal in holding destruction to mean violation of an artist’s moral rights or will it side with the approach taken in Raj Rewal to mean that a copyright owner can only prevent modification of its work and destruction of an original piece of art is beyond the scope of rights guaranteed under Section 57 of the Act?

Currently, the Indian jurisprudence on moral rights is reassuring for artists since courts have largely protected the moral rights of artists and can also award damages after trial in cases with facts similar to these, where the work has already been substantially altered.