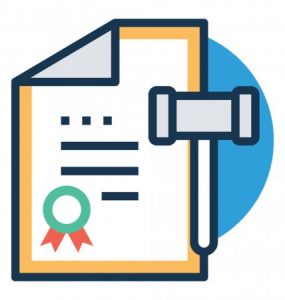 Earlier this month, the Supreme Court held that legal pleadings/court records cannot be accessed through the Right to Information Act if the procedure for obtaining them is provided for under the procedural rules of the court (for a wonderful summary of the decision, see Prashant’s piece in The Hindu here).

Pleadings are documents of various sorts submitted by parties to a case. In India, it is extremely difficult to access these documents. As detailed in this Vidhi report, one may even have to resort to underhand means to access them without going through the long drawn out, and often uncertain formal route.

Nevertheless, of late, many legal news reporting websites have started making pleadings publicly available. This is often made possible by the parties to cases or the lawyers representing them, sharing copies with these websites. What if they don’t share such copies and a website obtains them from other sources and publishes them without their permission? Or another website publishes the pleadings obtained from the website which published them with permission?

This is an interesting copyright law question, but before we examine that, it is worthwhile to see if copyright may be claimed over pleadings in the first place.

As per Section 17, copyright over a literary work typically vests with the author. Nevertheless, Section 17(c) provides that if a piece of work was made in the course of an author’s employment under a contract of service, the first owner of copyright in such work shall be the employer. In the case of pleadings, although they are typically commissioned by clients, lawyers (who are the authors of the pleadings) cannot generally be seen as being ‘employed’ by them under a contract of service.

Thus, arguably, pleadings are copyrightable and copyright over them lies with the lawyers. What this then means is that they come with the entire gamut of protection available to a copyrighted work. Therefore, unless otherwise provided, it is only the lawyers, being the copyright owners of such pleadings, who have the exclusive right to reproduce, disseminate etc. such pleadings.

Publication of Pleadings and Fair use

Section 52(1)(d) of the Act permits reproduction of any work without the consent of the copyright owner, if it is for the purpose of a judicial proceeding or a report of a judicial proceeding. Therefore, if one reproduces pleadings for the purpose of a report on a case, they would not be liable for copyright infringement. However, what does ‘reproduction’ under this provision mean? Would it mean only making a copy of a work or also include its publication (making it available to the public)? The case at first appears to be the former (as also argued by Thomas in his post here), as the very next clause and a few other clauses as well, use the terms ‘reproduction’ and ‘publication’ distinctively.

However, such narrow interpretation of Section 52(1)(d) does not make much sense. For one, there is little point in making a copy for the purpose of a report of a judicial proceeding, without actually being able to publish it? Further, one starts getting the sense that the framers may not have used the word ‘reproduction’ in Section 52(1)(d) in a narrow sense if one were to read Section 52(1)(m). This provision states that ‘reproduction in a newspaper […] of an article on current […] topics’ is fair use! How can there be a reproduction in a newspaper without a concomitant publication? This provision has even been relied upon by some organisations to re-publish entire articles published by other organisations on their websites (see our posts on two such cases here). In one of the cases, the Madras High Court also noted that articles can be published under this provision (“Section 52(1)(m) therefore protects the action of the respondents when they want to publish the compilation of the literary works of Thanthai Periyar stated to have been published in the Weekly Kudiyarasu between the years 1925 and 1949.”). Therefore, the word ‘reproduction’ as used in Section 52(1)(d) could also be argued to include even publication of any work.

Even if so, publication of pleadings by an archival website without any accompanying reports may not be covered under this provision.

Another possible provision which may exempt unhindered publication of pleadings is Section 52(1)(a)(iii), which allows fair dealing with any work if it is for the purpose of reporting current events and current affairs. However, since this provision is limited to reporting of current events/affairs, it won’t cover instances when legal news websites may want to archive these pleadings or anyone may want to do a report on an older case. Moreover, the provision is limited to fair dealing with a work; thus, reproduction of entire pleadings, as opposed to extracts of them may be difficult to justify in all cases.

Thus, it is unclear whether legal news reporting websites which publish pleadings online, without the authorization of the lawyers who’ve drafted them, will be covered under the fair use provisions of the Act.

Courts’ Issue of Copies of Pleadings and Fair Use

What about instances when courts give out copies to third parties (rather than the parties in the case) under their rules? While making and giving copies to the parties in the case could be said to be reproduction for the purpose of judicial proceeding and thus covered under Section 52(1)(d)), what permits issue of copies to third parties? Some of the High Courts as well as the Supreme Court have rules which allow the registry wide discretion to issue copies of pleadings to third parties, if a sufficient cause is shown. These third parties are not required to show that they are in any way involved in the case or are going to use these pleadings for the purpose of reporting the case. Given that even the Supreme Court’s rule making powers under Article 145 are ‘subject to provisions of any law made by the Parliament’, it is worthwhile exploring where the courts derive the power to issue copies of the copyrighted pleadings to third parties.

For now, much like most other things about the Indian judiciary, access to pleadings is shrouded in a web of unclear laws.

We require a framework where pleadings can be seamlessly reproduced and shared. The utility of such a set-up is axiomatic, especially in a jurisdiction like India with plenty of public interest matters – parties can easily borrow ideas from each other, avoid overlaps in arguments, among other things. At present, the law does not allow for such seamless reproduction and publication. It is important that the law is amended in a way that not only allows publication of pleadings for reporting purposes but also for archiving them.