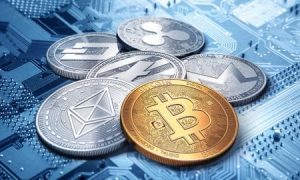 The difficulty in defining virtual/crypto-currencies and its accompanying challenges has been beautifully captured by the prolific raconteur Justice V. Ramasubramanian in a recent judgment examining the validity of the RBI’s position in respect of virtual currencies, as:

“Any attempt to define what a virtual currency is, it appears, should follow the Vedic analysis of negation namely “neti, neti”. Avadhuta Gita of Dattatreya says, “by such sentences as ‘that thou are’, our own self or that which is untrue and composed of the 5 elements, is affirmed, but the sruti says ‘not this not that’.” The concept of Neti Neti is an expression of something inexpressible, but which seeks to capture the essence of that to which no other definition applies.”

Thereafter, the judgment goes on to capture the history of crypto-currencies with a focus on bitcoin, to highlight the absence of any central ownership/agency for such currency. Rather, the judgment highlights the repository of the currency being a communal database of all users of the virtual currency, which is in-turn, called a blockchain. This blockchain verifies and enables transaction related to or using crypto-currencies.

The concept of crypto-currencies has advanced considerably in the last decade. From bitcoins were spawned “alt-coins”, which represented alternatives of varying degrees. Predominant amongst these are blockchains such as Factom which provide different means of generating crypto-currency. This gets even more complex with new generation blockchains such as Neo and Ethereum, which allow for building applications on blockchains, leading to cutting-edge technology such as smart contracts that uses blockchain for verifying transactions. There is also an exchange involved, which is typically used to verify and complete these transactions.

The central theme in all these rather bewildering technologies is the absence of any central control or ownership. This creates rather peculiar difficulties in identifying the ownership of these currencies/blockchains for trademark purposes. Trademark law is premised on “one mark, one source”, which appears at odds with the disparate nature of blockchain technology. Since no individual/entity can claim ownership/responsibility, there appears to be no possibility to protect any intellectual property in community-based blockchains. The immediate question that comes in response to this line of thinking is the requirement of trademark protection, given the community based use worldwide. This is best reflected in the outcry in the United Kingdom when an entity registered the term ‘Bitcoin’ and attempted to enforce the same. The absence of any trademark in other countries, including the United States of America was highlighted in the vociferous protest to the trademark.

The absence of trademarks for blockchains creates pressing issues which are tied into the larger concerns surrounding such technology. This is rather relevant given the wide range of crypto-currencies and exchanges available, which are bereft of boundaries and regulations. Take for instance a casual user of the internet, who having read the hyped valuation for bitcoin, decides to purchase the same. Coming online, she sees an array of persons offering to sell bitcoins. Amongst these is an unscrupulous individual, who starts a fake exchange, which extensively promotes bitcoins. The individual unwarily indulges in the transaction, and upon discovery of its fraud is typically bereft of any remedy. In the course of regular commerce, such exchange would have been immediately injuncted by a trademark owner to prevent any further dilution of the brand.  In the case of bitcoin, even such wrongful use cannot be stopped under trademark law, as no person can claim to be the owner of the mark to censure another from using the same. The absence of any other regulation to prevent such mark being used only aggravates these concerns. In another instance, a new crypto currency with a deceptively similar name such as “Baitcoin” would confuse the unwary investor, as the original and well-known blockchain is incapable of protecting its reputation and goodwill, due to the lack of locus. Of course, there are technological fixes, but the instances of fraud which have been stated above are the subject of study by various regulators despite layers of technology being added on a daily basis. This also creates issues in terms of using the name of the blockchain in relation to other goods and services, and if such use is not bonafide, yet again the lack of locus pre-empts any action being taken under trademark law. The inability of the name of the blockchain to identify its origin/source, would call into question its legality as a trademark itself. This position is rather unpalatable given that the importance of blockchain technology is getting manifested in its proven potential to replace conventional databases for any kind of secured data, not just crypto-currency.

In attempting to see if trademark law can apply at all, it would be worthwhile considering if such blockchain technology can be brought within the ambit of “collective marks” i.e. marks belonging to a community of users. If regulators mandate that the operation of any blockchain would require its registration as a collective mark, it would definitely protect consumers against misleading practices, and also overcome the paradox of de-centralized control. This would of course require a re-think of collective marks, as other concerns including data privacy have to be factored in. The present solution for any kind of crypto-currency fraud has been to rely on penal remedies. However, as the modus operandi gets more sophisticated, the legal remedies must necessarily keep pace, which is definitely not the situation today.