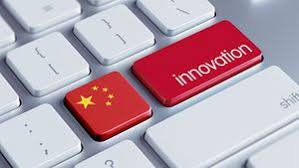 Does this mean that China is more innovative than say the US or Germany? Honestly, I do not know. The WIPO’s director-general, however, certainly believes that this is an indication of a “long term shift in the locus of innovation towards the east“. This press release immediately resulted in discussion surrounding the importance to be ascribed to such numbers – in particular, the famous “quantity versus quality” debate. The argument is that a significant percentage of such patent filings comprise insignificant or minor improvements and may not even cross the threshold of patentability and/or may be abandoned subsequently. This criticism is further compounded by government incentive programs that subsidise patent filings and provide monetary incentives – which is a major factor in China, with its “Made in China” campaign.

I don’t intend to enter the debate nor will I proffer a view taking either side.

However, this data underscores subjective factors – ‘momentum’ and ‘acceleration’. The growth in the patent filings originating from China, if not anything else, demonstrate the existence of a momentum towards innovation. It may be true that some of these innovations may be minor, useless, junk, or even genius – such adjective qualifiers are irrelevant in my view. Nevertheless, the country is demonstrating a velocity directed towards creating innovation and is geared towards producing more innovations. It breeds the culture and thinking of the people towards making new things. It acts as a coordinated message and beacon that tells the people to make innovative things. Such consistent momentum increases the chances that a significant Δv, i.e. acceleration, propels the inventors in the country into producing truly innovative ideas. Where the momentum is directed in this fashion, it is inevitable that even as a matter of chance, mighty innovations may arise.

The data, whatever be the quality of patents involved, indicates the sheer act of constantly “doing” research/innovation and the constant “process” of R&D, whatever be the outcome of this research. I have often observed this even with my own legal research. I have often observed that in the researching and understanding one legal proposition, even the most inane, obvious, or well-known legal proposition, I find myself learning other propositions other than my original goal; I am exposed to other thoughts and ideas. The sheer act “of doing”, in my case, legal research, generates more learning and more original thinking.

I immediately concede that this is extremely subjective – but my view is that “innovation” is subjective and to describe “innovativeness” by statistical data alone will always result in half-truths.

On several occasions (more so in the past two weeks), I have wondered on the lack of a similar “momentum” in India despite the “Make in India” campaign and similar policies allegedly directed to increase innovation in this country. In my personal view, we have grown too complacent (probably in the last 20 years) as a people because anything we want was always made available from somewhere else (e.g. China). For decades together, the Government of India was very happy about it – they did nothing to generate “momentum” towards innovation and overtime, we have gathered “moss”.

I shared these thoughts with my father, Mr K S Ramanujan, an inventor in his own right who has toiled with this own ingenuity in this country for over 40 years. I quote below, his response:

The sheer growth in the number of patents have to be categorised at least into two buckets: (1) Foundation patents which standalone without a previous implementation – example “Hard Disc Drive” or a SSD; and (2) incremental patents that consider an existing unmet need in an implementation and cross that chasm with a variant for which the appropriate claims are structured. The biology world gives us millions of such opportunities with gene engineering.

The very process of looking at (2) without being worried about the need for (1) is the hallmark of Chinese science & technology. The classic example is the incremental inventions in the Li Ion Cells and electrical storage thereof. When I was part of the silicon crystal growing and photo voltaic manufacture in India in the 1980s, China did not do any Silicon processing, but our principal technology partner Siltec, in Palo Alto had a number of Chinese working with them with whom I had interacted with. So, China had a clear 50-year plan.

This definitive effort from China is fuelled by the large resources that the Govt lays out to sustain the success story of a few of the many inventors doing (2). This is the key to the Chinese paradigm. This is approximately what US did in the early part of the period during the WW-II and funded the European thinkers (read the book Uranium Wars) to get the quantum riddle solved and have the two WMDs built. The entire funding came from federal reserves staring from a paltry 6000 USD fund which grew to billions of dollars.

The difference now in this Chinese paradigm is that China funded it’s scientific community to pursue knowledge in US and carry back the ideas to implement back at home and a tacit long term plan of global dominance and sustaining this  for many years with a surplus budget and carefully channelling that into manufacturing, no matter to whom the design belongs. The old Confucius wisdom was followed in true spirit: “When I hear I forget, when I see I remember, when I do I understand”.

We in India could never get to the third and most important part of that wisdom. We are at best traders and that, we will continue to be.

So, in effect the game is lost. No country in the world can put together this Chinese exclusive capability and size.”

Not that he is cynical; for that matter, neither am I. But I do believe that, we, as a country, have been getting it wrong for a long time as far as innovation is concerned; we have not truly understood when and how to drive innovation; it has been a long time since we have had visionary policy-makers who see beyond their noses. Perhaps, the old adage “necessity is the mother of invention” is true after all. I believe the recent COVID-19 scare has shown our significant dependency on China and I hope it has made the Government (and inventors) realize the need to be truly and independently innovative.

Hope this was thought provoking. In the meantime, stay safe everyone!