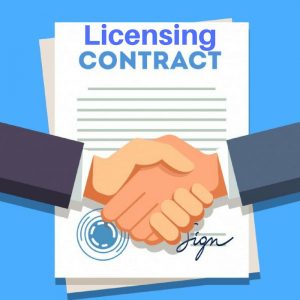 Last week, Kapil had written a guest post giving an alternate interpretation to the arguments in my post on the impermissibility of sub-licensing arrangements under the Trade Marks Act, 1999 (‘the TM Act’). The main counter points by Kapil against my argument that the TM Act does not permit sub-licensing, as I understand, are listed below:

I disagree with Kapil on all of the above points for the reasons I explain below:

The TMM Act was repealed in 1999 by the TM Act (notified into effect in 2003), four years after the 1994 UK statute was enacted.  Kapil very rightly points out that the TM Act does not use the term ‘license’. Even its predecessor, the TMM Act, did not use that term. Instead, the term used is ‘permitted use’, which was borrowed from the 1938 Act of the UK into the 1940 Act of India and passed on to the successive statutes. While the UK, in its 1994 Act, has since replaced ‘permitted use’ with the expression, ‘license’ (see section 28) in its 1994 Act, the remnants of this historical connection with the UK law continues in the Indian Act of 1999 which still sticks to ‘permitted use’.

More importantly, in the TM Act, the meaning of ‘permitted use’ has been expanded to include unrecorded licenses. Considering that this was a big statutory shift from the past as far as ‘permitted use’ is concerned, if the legislators were so minded, a provision similar to Section 28(4) of the 1994 UK Act could also have been added through specific language. But this was not done. Given this background, the limits of interpretation are conveniently, but wrongly stretched, when the provision for a sub-license is suggested to be read into the provisions of the TM Act.

Judicial Interpretations to Sub-License and Permitted Use

While analysing the provisions regarding ‘permitted use’ under the TM Act, it is also imperative to bear in mind the case law jurisprudence in India on permitted use. I did not see any discussion by Kapil on the observation by the Delhi High Court in Rob Mathys India Pvt. Ltd. v. Synthes Ag Chur which specifically rejected user by a sub-licensee.

The TMM Act recognized only recorded licensees.  However, three years prior to the enactment of the TM Act in 1999, which repealed the TMM Act, the Supreme Court of India issued an order in Cycle Corporation of India Ltd. v.  T. I. Raleigh Industries Pvt. Ltd. and Ors. One of the issues in that case was whether the bona fide use by an unregistered licensee could be considered use for the purposes of section 46(1) (non-use cancellation) of the TMM Act. The Supreme Court found that the legislature did not intend the owner to be deprived of his property at the instance of a person who has been authorised to use the mark by the owner himself merely because the user is not registered. A quote from the order is below:

“13. In K.R. Beri & Co. v. The Metal Goods Mfg. Co. Pvt. Ltd. and Anr. MANU/DE/0324/1980, the Division Bench construed Section 48(2) and held that an unregistered user of the trade mark even with the consent of the proprietor cannot be construed to be a registered user under Section 48(1) and such construction renders Sub-section (2) of Section 48 surplusage or otiose, which is impermissible by statutory construction. We have given anxious consideration to the reasoning therein. On strict interpretation, the view of the Division Bench may be correct but it is not correct to hold that a bona fide user of an unregistered user when connection between the proprietor of the trade mark and the permitted user in relation to passing off of the goods under the trade mark are proved, renders Sub- section (2) of Section 48 surplusage or otiose.”

This order of the Supreme Court, which recognized the use by an unrecorded licensee appears to have heralded the inclusion of section 2(1)(r)(ii) to the TM Act. The only difference in the language of the respective subsections (i) and (ii) to section 2 (1)(r) is that while subsection (i) requires the agreement to be recorded with the Registry, (ii) does away with such a requirement and accepts an unrecorded agreement from the proprietor in writing. The points that are common to both the subsections are that: (i) the user and the goods/ services in respect of which the mark is used must be connected in the course of trade with the proprietor, (ii) that the mark must be a registered mark; and (iii) that the use must comply with the conditions of registration.  In view of the above, 2(1)(r)(ii) was introduced into the TM Act to provide recognition to unrecorded licenses.  As such, I believe that there is no room to accept an interpretation that the language of 2(1)(r)(ii)(c) is broad enough to include sub-licensing, especially in the absence of express language.

Need for a Connection in the Course of Trade

Another problem with interpreting a sub-licensing provision into the language of the statute, in my view, is that it does not address the issue of a connection of the owner of the mark in the course of trade with the relevant goods or services in the context of a sub-licensing arrangement.

For a valid trademark license, there must be a connection in the course of trade between the proprietor and the goods which he puts into the market.  Such a connection is established through quality control exercised by the proprietor. In the case of a license under section 2(1)(r)(i), the agreement that is recorded with the TM Office requires explicit provisions for demonstrating that there is quality control by the ‘proprietor’. I disagree with Kapil’s argument that quality control can be contracted out. It has been held by the Indian courts [the Supreme Court in American Home Products Corporation v. Mac Laboratories Pvt. Ltd., and Madras High Court in Fatima Tile Works & Anr v. Sudarsan Trading Co. Ltd. & Anr.] that if there is no real trade connection between the proprietor of the mark and the licensee or his goods/ services, there is room for conclusion that the grant of the licence amounts to trafficking in the mark. Trafficking of a trade mark conveys the notion of dealing in a trade mark primarily as a commodity in its own right rather than for the purpose of identifying or promoting merchandise in which the proprietor of the mark is interested. Besides stretching the language of the statute to read the permissibility of an agreement between the user and a sub-licensee, Kapil has added a caveat that in such arrangements, if the proprietor has provided for stringent quality control of the sub-licensee, all would be well. If so, the proprietor could directly enter into another user agreement with the “sub-licensee”. Why would he resort to sub-licensing?

I agree with Kapil that the TM Act does not contain any provision prohibiting the licensing of an unregistered trademark. This issue has also been addressed by courts in India and I am citing a Calcutta High Court judgement in Caprihans India (P) Ltd. v. Registrar of Trademarks. It was held by the Court that a person who claims to be proprietor of a trademark would also mean a person claiming to be the proprietor of an unregistered trademark, using it through a common law licensee.

However, for the same reasons above, I disagree that a sub-licensing arrangement is justifiable in this case as well.