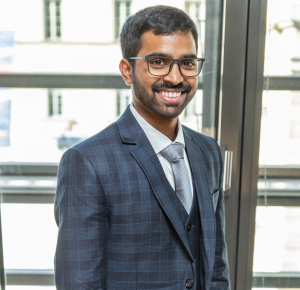 We’re pleased to bring to you a guest post by Sripada Yashwant Prasad, discussing the consequences of the plausible exclusion of the parties from Confidentiality Clubs in SEP court proceedings and suggesting that their presence is warranted.

Yashwant is currently a Masters candidate, pursuing IP and Competition Laws at the Munich Intellectual Property Law Center, Germany. He has previously worked at Saikrishna & Associates (‘S&A’), New Delhi and Legalexcel, Bengaluru. At S&A, Yashwant was part of a couple of SEP cases, especially in the trial and final arguments in one such case. He also has experience in website-blocking copyright claims, quia timet trademark actions and design infringement cases. During his stint at Legalexcel, Yashwant addressed key arguments in medical negligence cases before the Karnataka High Court, NCDRC and the Supreme Court. The views expressed in this post are personal.

Confidentiality Clubs (‘Clubs’) have found their way into litigation in India including in big-ticket Standard Essential Patent (‘SEP’) suits. These Clubs facilitate access to confidential documents that is restricted to a close-knit group namely, advocates and external experts. They generally exclude parties to the suit and are governed by the Delhi High Court (Original Side) Rules, 2018 as notified here. This post highlights that the Clubs functioning to the exclusion of parties per se guarantee no efficacious remedy. To this end, it suggests that parties’ presence is warranted, particularly in SEP suits.

SEPs, as I explained in one of my papers here, are patented technologies that function on par with a technical standard declared as the industry best. These patents are so declared for they guarantee seamless performance and interoperability. Few examples of SEPs include 3G and 4G telecommunication standards. SEP suits are atypical patent infringement disputes wherein questions beyond validity and infringement unfold. They relate to the essentiality of the patent and FRAND (Fair, Reasonable and Non-Discriminatory) commitments of the SEP owner. The conduct of the SEP owner is questioned predominantly either when it categorically refuses to license or does not license its SEPs on FRAND terms. How does one gauge if the SEP owner’s conduct is FRAND compliant or not? This is where the Club comes into the picture, and scrutinizes confidential third-party license agreements of the SEP owner. These agreements are assessed in conjunction with the license terms offered to the defendant. Members of the Club subsequently participate in the recording of evidence which is redacted for the parties and general public. The redaction thereby supplements the ‘restricted access’ terminology. The Court appreciates the evidence on record and issues independent findings on the questions of validity, essentiality, infringement and FRAND commitment.

Rule 17 of the Delhi High Court (Original Side) Rules, 2018 (‘Rules’) establishes Clubs in commercial suits for purposes as mentioned earlier. The Rule also encourages the Court to exercise discretion to tailor-make a Club on a case-to-case basis. The relevant portion of the provision states, “…… the Court may setup a structure/protocol, for the establishment and functioning of such Club, as it may deem appropriate.” Annexure F to the Rules illustrates a protocol for the establishment of a Club and restricts its members to advocates (three from each party) and external experts only. It prohibits in-house advocates of either party or even the parties themselves to become members. Although Annexure F is merely illustrative, it runs in direct contradiction to Rule 17. On the one hand, Rule 17 recognizes the Court’s discretion to effect changes to a Club, but on the other, Annexure F does away with the said discretion by strictly mandating the exclusion of parties. Irrespective, an exclusion has far-reaching consequences that can potentially prejudice a party’s interests due to the reasons discussed below:

Need for Securing a Client’s Instructions

First, vide Rule 19 of the Bar Council of India Rules, an advocate shall not act upon the instructions of any person, barring his client or the client’s authorized agent. In stark contrast is clause (b) of Annexure F that severs communication between the advocate and the party. Under Annexure F, the advocate is duty-bound to take key decisions upon accessing confidential information without seeking any instructions from the client whatsoever. Despite the advocate acting in the best interests of the client, any decision taken by the former simply does not substitute the need to obtain the client’s instructions. Consequently, the advocate may end up binding his client on matters that the latter has absolutely no information about! Can this form of decision-making by the advocate bear any legal sanctity? Is the advocate not circumventing standards of professional conduct?

Prejudice to the Defendant’s Rights

The second and related consequence of excluding parties is one that concerns the defendant. In Clubs involving SEP contentions, advocates or external experts have access to third-party license agreements that inter alia reflect royalty rates and royalty bases. However, the defendant (licensee) must agree on paying a royalty rate without having access to those license agreements. This will eventually arm-twist the defendant to agree on a rate that is disproportionate vis-à-vis the true market value of the SEPs in issue. In these high-stake disputes, can the defendant afford to take a shot in the dark? The legitimacy of this concern was found subservient to the principle of confidentiality. In Dolby v. GDN Enterprises Pvt. Ltd. & Ors. and Dolby v. Das Telecom Pvt. Ltd. & Ors., Hon’ble Mr. Justice Sunil Gaur proceeded on the footing that including defendants in the Club was inconsistent with two previous pronouncements (see here and here) of the Delhi High Court. This reasoning, unfortunately, is meritless. Neither is the bench obligated to maintain consistency nor is it restrained from holding a substantially different view. With Rule 17 in force now, the Court must not restrict itself in departing from the existing position of law.

Moving forward, by excluding parties it is predominantly the defendant that suffers a setback as a prospective licensee. The reason being, members peruse confidential license agreements of parties in a similar position as the defendant. In doing so, the plaintiff is privy to the agreements by virtue of being a party (licensor) to the same and hence, its inclusion or exclusion does not strictly bear relevance. Whereas, the defendant’s hands are tied unless it has knowledge of the parties similarly situated to it, nature of licenses executed and the royalty rates agreed for the contested SEPs. The defendant’s advocate may not possess the requisite business knowledge to identify entities similarly-situated to the defendant. Considering the above, a Court must remedy the situation by including parties in SEP disputes as members vide Rule 17. As an example, discretion may be exercised not with respect to whether parties must be included or not but on how many representatives each party may nominate. Hon’ble Mr. Justice R. S. Endlaw in Transformative Learning Solutions Pvt. Ltd. & Ors. v. Pawajot Kaur Baweja & Ors., rightly noted as follows:

“The non-disclosure to the Defendant sought by the Plaintiffs, in my opinion, deprives the Defendant of opportunity of being heard and the right to defend the suit. ……. Annexure – F supra is only illustrative and else there is no bar to a party/litigant being a member of the Confidentiality Club. This is also clear from the bare language of Rule 17 of Chapter VII supra.”

“An external eyes only tier enables a blanket exclusion of access by one of the parties to the relevant parts of key documents. This is incompatible with the right to a fair hearing under Article 6 of European Convention on Human Rights, and with the principles of natural justice. It is incompatible with the obligations of lawyers to their clients. The principles on which solicitors are obliged to act on behalf of clients instructing them require the sharing of all relevant information of which they are aware.”

No rights of the plaintiff stand subjugated, provided strict obligations are imposed on the defendant. Excluding the defendant deprives it of being effectively heard and subjects its advocate to an unjust occasion of putting forth a cogent defence. To reiterate, the inclusion of parties, especially the defendant is warranted. Upon inclusion, the defendant must acknowledge that it accesses commercially sensitive information that steers the plaintiff’s business operations. Finally, it shall remain fair by upholding the confidentiality of such crucial information.

I convey my gratitude to Ms. Anu Paarcha, Mr. Arjun Gadhoke and Mr. Abhirup Paul Bangara for their constructive inputs on this post.