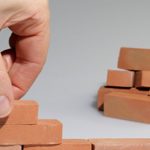 The digital world is challenging the fundamental norms of IP laws. This calls for a new perspective on IP as a whole and copyright law in particular. This post offers some thoughts in the context of an article titled ‘Musician uses algorithm to generate every possible melody to prevent copyright lawsuits’ and another article which deals with the usage of AI for emulating the styles of great painters such as Van Gogh, Turner and Vermeer.

What are the fundamental principles governing the authorship of ‘works’?

The scope of copyright and author’s rights

Jurisprudentially speaking, there are two divisions: the copyright system (the Anglo-Saxon approach) as in countries such as UK, New Zealand, Australia and US and the author’s rights system (the Continental European approach which is also known as ‘droit d’auteur’ system) as in countries such as Germany, France, Indonesia and Vietnam. As both systems have influenced each other (including in case of Berne Convention, TRIPS etc), it is no longer possible to categorise a country’s system strictly under copyright or author’s rights system.

The fundamentals of modern copyright law can be traced back to the English Statute of Anne in 1710, the US Constitution of 1787 and the post-revolution French laws (When I use ‘copyright law’, I am referring to both the copyright system and the author’s rights system.).

The origins of copyright law lie in the notion of ‘freedom’ which gained currency during the 17th and 18th centuries. The notion of ‘freedom’ perceived ‘property’ as a means for ensuring an individual’s freedom. Philosophers such as John Locke, Rousseau, Kant and Hegel contributed to the philosophy of ‘property’. Illustratively, Locke perceived each person to be his own master and consequently, owned every product of his labour as a property (a component of natural law theory). This philosophy predominantly influenced the author’s rights system.

On the other hand, copyright system is grounded in the utilitarian approach (which justifies copyright protection on the grounds of incentivising creation and enhancing the general well-being of societies). This fundamental principle automatically signifies the role played by the investor (and not the creator) in the creation of a ‘work’.

If the fundamental difference between these two systems can be summarized, it is as follows: contrary to the copyright system, the continental system treats the ‘author’ as the most essential ingredient of its protection. Illustratively, Section 11 of (German) Copyright Act of 09 September 1965, states as follows: “Copyright protects the author in his intellectual and personal relationships to the work and in respect of the use of the work. It shall also serve to ensure equitable remuneration for the use of the work.”

Who can be an author?

(If anybody wants to read more on the fundamental differences between the two systems, I recommend ‘International Copyright Law and Policy’ by Silke Von Lewinski.)

Why is this discussion relevant in the Indian context?

As the relevance of digital world increases especially in the light of COVID-19 and the emergence of new technologies, it may become imperative to revisit the fundamentals of Indian copyright law. As I see it, Indian copyright law is predominantly influenced by Anglo-Saxon approach (with some features of author’s rights system such as ‘moral rights’). I believe that the Indian copyright law can be significantly improved and made more equitable by studying both the systems in-depth and appreciating the challenges of 21st century.