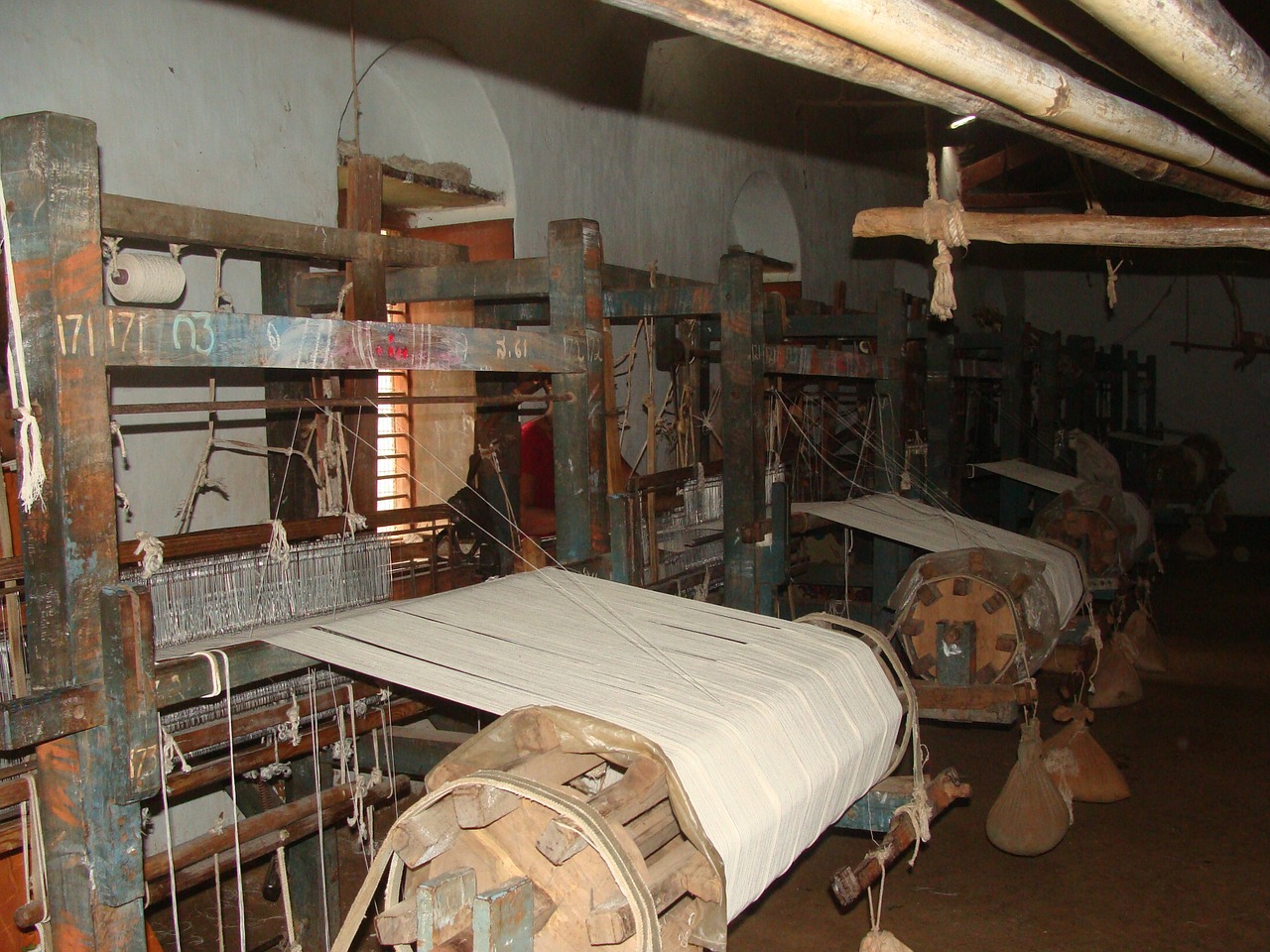 We’re pleased to bring to you a guest post by L. R. Vijaypriya, discussing the trademark registration of ‘Khadi’ in the name of a German company at the EUIPO, the cancellation petition filed by KVIC and its final outcome. Vijaypriya is presently pursuing her LL.M. in IP and Competition Law from Munich Intellectual Property Law Centre (jointly run by Max Planck Institute for Innovation and Competition, University of Augsburg, Technical University of Munich and George Washington University, Washington). She is a graduate from Christ University, Bangalore and has previously worked at L.R Swami Co., Chennai.

The fight to engrave Khadi as a cultural symbol and source identifier of products of India had reached the doors of European Union Intellectual Property Office (EUIPO) after a trademark application for Khadi was filed by a German company.

The term ‘Khadi’ is associated with the Swadeshi Movement led by Mahatma Gandhi and is designated to cloth woven on handlooms using raw materials spun in India. In order to facilitate the establishment of ‘Khadi’ as an ‘Indian brand’, the Khadi Village Industries Commission (KVIC) Act, 1956 was brought into force and it was given the authority to control, regulate, and authorise the use of the term ‘Khadi’ on products.

Through the years, KVIC holds trademark registration for ‘Khadi’ and its formative marks under most classes. According to the KVIC Act, Khadi, is defined as “any cloth woven on handlooms in India from cotton, silk or woollen yarn handspun in India or from a mixture of any two or all of such yarns“, and therefore, has been used by many textile manufacturers for their hand-woven cloth.

For better regulation of the use of ‘Khadi’, the Khadi Mark Regulations, 2013 were notified, according to which, no textile shall be sold as a Khadi product, without it bearing the tag from the KVIC. Further, to be eligible for such a tag, the product must be purchased from a government cleared Khadi institution. The requirements laid down for obtaining the ‘Khadi’ tag, was justified as the exclusive right of the registered proprietor of a trademark.

Further, as ‘Khadi’ has acquired a secondary meaning as a hand spun fabric of India, arguments were made to recognise it as a geographical indication (GI). In 2014, the Intellectual Property Rights Association (IPRA) had filed an application for recognition of Khadi as a GI, and if such registration was granted, it may have been declared invalid as a trademark under Section 25(a) of the GI Act. The eagerness on the decision of the GI Registry on the fate of the term ‘Khadi’ took an unexpected turn when the Applicant (IPRA) decided to withdraw their application and an order effecting the same was passed on 1st July, 2019.

Of late, KVIC has been vigilant in penalising unauthorised use of the ‘Khadi’ mark. For instance, in 2017, FabIndia was served a legal notice for using ‘Khadi’ over their products without due authorisation from the KVIC. FabIndia, withdrew their advertisement campaigns and halted the sale of products under ‘Khadi’ tag. They had filed a suit against FabIndia on the allegation of resuming illegal use of ‘Khadi’ tag. Recently, they also issued legal notice to Khadi Essentials and Khadi Global for misleading the consumers by using ‘Khadi’ on their products, domain names, and social media handles. KVIC has also taken similar action against unauthorised sale of ‘Khadi face masks’ and issued legal notice to 3 Delhi based firms for selling ‘Khadi’ PPE kits.

Khadi’s Plight in the EUIPO

KVIC, has consistently asserted their legal ownership both at a national and international front. As discussed in an earlier post on the blog here, in 2014, KVIC had filed for cancellation of the KHADI trademark under no. 010479954 (EUTM registration) in Classes 3, 21, and 31 in the EUIPO on the grounds of, inter alia, usurping the reputation of an earlier (Article 8(2), European Union Trade Mark Regulation (EUTMR)) and well-known mark ‘Khadi’ (Article 60(1)(c) EUTMR); malafide adoption causing deception and violation of public interest (Article 59(1)(a) EUTMR).The KVIC had argued with evidence that their products under ‘Khadi’ were exported to Europe prior to the EUTM application and therefore, ‘Khadi’ had acquired a status of a well-known mark within the EU as the application was in respect of disparate goods. This argument was strongly countered by stating that the brand was created in 2008 after doing a thorough market research and concluding that no product was available under the subject brand name, either domestically or imported. Further, it was also argued that, as ‘Khadi’ was defined only as a piece of cloth, while the EUTM application was for different class of products.

The Cancellation Division (CD) noted that the claims of invalidity do not fulfil the requirements of an earlier trademark set out in Article 8(2) EUTMR (similar to Section 11 of the TM Act) and the documents provided by the KVIC, does not substantiate. Therefore, the first ground of invalidity based on an earlier trademark in Article 60(1)(a) EUTMR (erstwhile Article 53(1)(a)), was dismissed.

Secondly, KVIC, had also claimed that ‘Khadi’ is a well-known mark and had acquired reputation, therefore must be granted protection as non-registered trademark in the course of trade under Article 60(1)(c) (erstwhile Article 53(1)(c)) read with Article 8(4)). As export documents evidenced only very limited shipment to 5 European countries, it failed to fulfil the requirement of more than mere local significance under Article 8(4), and therefore, even this ground was decided in favour of EU Trade Mark (EUTM).

KVIC, also raised arguments on absolute grounds of invalidity under Article 59(1)(a)) (erstwhile Article 52(1)(a)) claiming deceptiveness (Article 7(1)(g)) and against public interest (Article 7(1)(i)). On the issue of deceptiveness, the CD concluded that as ‘Khadi’ is not part of the common knowledge of the relevant public in the EU and they do not have any expectations whatsoever from products labelled as ‘Khadi’. Further, the impugned goods are far removed from textile to which ‘Khadi’ is mainly associated with, therefore, claim of deception does not hold water.

On the issue of ‘bad faith’, the CD noted that, the burden to prove bad faith was on the invalidity applicant (i.e. KVIC) and it had to be established that, there was identical/confusing similarity of the signs; EUTM proprietor had prior knowledge of the confusion; dishonest intention of the proprietor; degree of legal protection enjoyed by both the signs. The CD noted that mere prior knowledge of Indian use, does not attribute an act of bad faith as the EUTM proprietor was not aware of the strict permission requirements imposed on use of term ‘Khadi’.  Further, KVIC failed to fulfil its burden to establish that ‘Khadi’ had a reputation of its own in the EU, prior to the EUTM and the subject registration was taking advantage over this acquired reputation.

As a measure to protect the rights over ‘Khadi’, KVIC is leaving no stone unturned and have filed a cancellation application on grounds of non-use on 31st May, 2019, which is pending hearing. In order to protect ‘Khadi’ globally, KVIC has obtained WIPO registration under 1272626 and an EUIPO application no. 018075754 was filed in June 2019 and is pending office action. These global applications are a step towards establishing an Indian brand overseas and ensuring that Indian trademarks are not diluted abroad.

The proactive steps taken by the KVIC may help in ensuring that Khadi is not misappropriated in the same way as Turmeric and Neem. It is time that the Traditional Knowledge Digital Library (TKDL) includes traditional handicraft works like Khadi in addition to medicines, knowledge of yoga, etc. and the database is made easily accessible to all IP Offices.