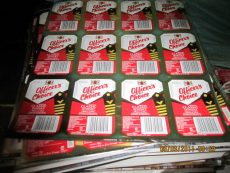 Recently, Allied Blenders and Distillers Pvt Ltd filed a copyright and trademark infringement suit before the Delhi High Court protecting their ‘Officer’s Choice’ mark from the defendant’s ‘Chetak Whisky’. The court granted an ad interim injunction in the plaintiff’s favour. An interesting question that came up before the court was regarding its territorial jurisdiction to grant this relief, discussion of which formed the majority of the order. In this piece, I shall analyse the court’s treatment of the jurisdiction issue.

In the instant case, the plaintiff claims jurisdiction of the court on two counts. First, it argues that it has jurisdiction under Section 134(2) of the Trade Marks Act, 1999 and Section 62(2) of the Copyright Act, 1957 that grants jurisdiction to courts where the plaintiff “actually and voluntarily resides or carries on business or personally works for gain”. This is substantiated by two arguments: first that it has its office located in New Delhi, and second, that it carries on business in New Delhi through, inter alia, sales of its products.

The second ground for claiming jurisdiction is under Section 20 of the CPC. For this it argues that the defendant is carrying on business in New Delhi as an address from the city is provided on the contact us page of the defendant’s website. It must, however, be noted at this juncture that a perusal of the contact us page indicates that the defendant has its registered office in Rajasthan and the New Delhi address is mentioned under the head ‘Registrars’. Additionally, it argues that “a substantial and integral part of the cause of action” arose in Delhi. For this it refers to the MoA of defendant that has establishing of business in India as one of its main objects. This leads the plaintiff to argue that the threat of infringement in Delhi is “imminent and real”. Moreover, it argues that the dynamic effect of violation of its rights will be faced in Delhi.

Before turning to the analysis of the specific elements of the two grounds claimed by the plaintiff, it is important to turn to the question of level of scrutiny that needs to be made on the question of jurisdiction at this stage. To this end, the decisions in Allied Blenders & Distillers Pvt. Ltd. v. R.K. Distilleries, and Allied Blenders & Distillers Pvt. Ltd. v. Prag Distillery Pvt. Ltd. were referred to by the court. Both decisions were given in the context of applications under Order VII Rule 10 of the CPC concerning return of plaint. In such petitions, these cases note that the application proceeds on a demurrer with the averments in the plaint to be considered as true. However, both these cases noted that such applications need to be distinguished from those seeking interim relief under Order XXXIX Rules 1 & 2, such as the instant case. It noted:

“an application under Order XXXIX Rules 1 & 2, CPC requires the examination of the contentions of the defendants that may be contained in the written statement and / or the reply to the application as also the other material which may be placed by the defendant before the court” (emphasis supplied)

From the use of such broad terminology including any “other material” that the defendant places before court, it appears that the essence of this proposition is that in an Order XXXIX application, the contentions raised by the defendant in any form have to be taken into consideration alongside the plaint, as against mere reliance on the plaint. The rationale behind the same could possibly be the fact that at this stage rights and liabilities of parties would be affected as against a return of plaint application where no rights are decided per se. This is my understanding of the jurisprudence on this issue, could readers who are better informed, let me know if I have gotten it wrong?

In the instant case, however, the court has resorted to a seemingly incorrect interpretation. It held that the above distinction is not applicable at this stage where merely an ad interim relief is being granted but the IA is not being disposed off. This, however, loses note of the fact that such relief also impacts the rights of the parties at least until this order is revised or confirmed at a later stage when the disposal takes place which could take months in its culmination. In any case, the court notes that even until a considerable time after the orders were reserved, the defendants had not brought either the written statement or the response to the IA on record, and thereby the court had to go by only the averments in the plaint (see paras 20 and 24). However, it appears that the court was still in possession of the written submissions of the defendant in some form as can be seen from the engagement with its contents throughout the judgment (paras 22, 34, 36, and 38). In such a situation, an approach ignoring the contents of these submissions for deciding jurisdiction but discussing the same for determining passing off appears problematic. While the court has not explicitly mentioned the arguments in these submissions on jurisdiction, I shall make use of the oral arguments as noted by the court for analysis in this piece.

The two aforementioned Allied Blenders cases also noted that despite succeeding in Order VII Rule 10 jurisdictional challenge, it might fail the same for interim relief if “the plaintiff’s entitlement is itself shaky because the issue of territorial jurisdiction is highly debatable and prima facie not tenable”. The court held that the defendant failed to prove the latter aspect of jurisdiction being prima facie untenable. I shall now analyse the facts to argue that a contrary decision should have been arrived at.

I shall first look at the two CPC grounds invoked by the plaintiffs: that of the defendant carrying out business in Delhi and the cause of action arising in Delhi. On the first count, the relevant ruling to be noted is that of the Supreme Court in Dhodha House v. S.K. Maingi where the court interpreted the expression “carries on business”. One of the conditions noted was that “[t]o constitute ‘carrying on business’ at a certain place, the essential part of the business must take place in that place”. (emphasis supplied) In the instant order, the court took note of the Delhi address given on the contact us page. It noted that a determination whether it satisfies the factors mentioned in Dhodha House such as the business being essential were questions of fact to be decided at a later stage based on evidence. It held that on a prima facie basis it reflected that the defendant had an office in Delhi and it carried on business there. The scenario, however, becomes quite different if the submissions of the defendant are considered. It argued that the Delhi address was merely “of the Registrar, who, in accordance with the provisions of the Depositories Act, 1996, read with the Companies (Prospectors and Allotment of Securities) Rules, 2014, was to be contacted in the case of transfer of shares, etc.” It, further added, that it only conducted business in Rajasthan and had obtained all permits solely for Rajasthan. This clearly indicates that the essential component of the business was being conducted solely in Rajasthan and not in Delhi.

On the count of cause of action, the court noted that the “mere apprehension of the likelihood of the defendant launching the allegedly infringing product” in Delhi would provide jurisdiction to the court. It, however, did not at all touch upon the material placed by the plaintiff to assess whether such likelihood has indeed been proven. If we look at the grounds on which the plaintiff claims cause of action to arise, the shortcoming of this failure appears stark. The plaintiff’s first ground is rooted in a broadly worded MoA which talks of establishing business in India. The same, however, does not in itself substantiates the presence of either “imminent” or “real” threat of infringement in Delhi as the plaintiff claims. There does not appear to be anything on record to show the defendant’s plans of expanding anywhere outside of Rajasthan, where it is currently operating, let alone Delhi. The second ground is even more tenuous in that a “dynamic effect” of plaintiff’s violation was felt in Delhi. There is no clear explanation of what this dynamic effect means apart from possibly indicating that any infringement in the country would lead to losses in Delhi, thereby using it as shorthand for claiming that Delhi should have jurisdiction on all cases of infringement throughout the country. This clearly is not tenable. Thus, it cannot be stated at least prima facie that any part of the cause of action arose in Delhi. The cause of action could instead be said to have arisen only in Rajasthan where the defendant is selling its products.

As noted earlier, Section 134(2) of the Trade Marks Act and Section 62(2) of the Copyright Act granted additional fora for the plaintiff to institute an infringement suit. It allows the plaintiff to institute a suit in the jurisdiction where it has its office. This, however, has to be supplied with a caveat. As per the Supreme Court’s ruling in IPRS v. Sanjay Dalia and the Delhi High Court’s application of the same in Ultra Home Construction Pvt. Ltd. v. Purushottam Kumar Chaubey, where the plaintiff has a subordinate office at the place where cause of action arises only courts of that area have the territorial jurisdiction to hear the matter and the jurisdiction of other courts is ousted. In the instant case, as highlighted above, the cause of action only arose in Rajasthan. As the defendant pointed out in its arguments, the plaintiff also has a subordinate office in Rajasthan. Hence, applying the above proposition, only the courts of Rajasthan have the jurisdiction under the extraordinary jurisdiction provisions of the two acts.

The present suit highlights the trend of plaintiffs filing infringement suits in Delhi even though they ought to be dealt with other jurisdictions where the claim actually originates. This problem was sought to be addressed partly by the Supreme Court in the decision in IPRS and was discussed extensively on the blog here, here, and here. Despite this the trend continues with Delhi being the favourable forum for any infringement case with the plaintiffs finding any possible distant connection of the suit to Delhi to ensure jurisdiction. The courts must give a strict look on this practice else it becomes particularly difficult for smaller players from far flung areas that might be required to defend suits against them in Delhi.