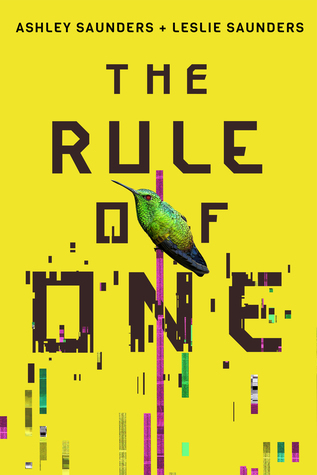 We’re pleased to bring to you a guest post by Amit Tailor, analysing whether rejection of claim(s) of a later patent application having ‘similar’ or ‘overlapping’ scope with that of an ‘earlier’ patent application is appropriate under section 46(2) of the Patents Act which provides that a patent can be granted for one invention only.

Amit is working as Manager (Sr. Scientist) at Cadila Healthcare Ltd., handling patent drafting, filing & prosecution, FTO, patentability & invalidity mainly. He has an LL.B. from the Faculty of Law, Maharaja Sayajirao University of Baroda, Vadodara (Gujarat), and is a Registered Patent Agent and M.Pharm fom National Institute of Pharmaceutical Education and Research (NIPER), Mohali. He also frequently writes blogs and short commentaries regarding recent developments in the field of intellectual property, especially patents in pharmaceutical and life sciences domain, on his LinkedIn page, and has recently published two articles on IPWatchdog as well. The views expressed here are personal.

Amit recently wrote another two-part guest post for us discussing the manner in which the appeals to the Patent Office’ decisions at the IPAB are handled and managed. The post can be viewed here and here.

Section 46(2): ‘One Patent Per Invention’ or ‘One Invention Per Patent’?

There has been an interesting development recently. I came across an Examination Report (‘FER’, as it is historically known in India) wherein the Patent Office had raised an objection under section 46(2) of the Patents Act, 1970 under the head ‘Other Requirements’, reproduced herein below:

“It is appearing that the subject matter of the present application is similar with another Indian patent application no. XXXXXXXX. However, according to 46(2) “a patent shall be granted for one invention only”. Therefore, one out of these two applications may be allowed.”

I am not sure how frequent is the objection under section 46(2) amongst all the FERs issued from any or all of the four offices, across any or all of the four technical domains; but it is safe to assume that the number would only be a small fraction of that. However, irrespective of the statistics, such a rejection raises an interesting issue – whether rejection of claim(s) of a later application having ‘similar’ or ‘overlapping’ scope with that of an ‘earlier’ patent/application is appropriate under section 46(2)?

The rejection for claims in a patent application for having their scope overlapping with that of another patent/application having earlier filing and/or priority date, amounts to rejection for ‘anticipation’, and section 46(2) may not be a proper statutory provision under which such a rejection can be raised. Section 46 reads as follows:

(1) Every patent shall be in the prescribed form and shall have effect throughout India.

(2) A patent shall be granted for one invention only:

Provided that it shall not be competent for any person in a suit or other proceeding to take any objection to a patent on the ground that it has been granted for more than one invention.”

A plain reading of the language of section 46(2) gives an impression that it is directed towards the concept of ‘unity of invention’. This is evident from the expressions ‘a patent’ and ‘one invention only’ as used therein and further from the language of the proviso that, should ‘more than one invention’ be granted ‘one patent’, the same, shall not be a ground for any objection thereon including in any invalidity challenge. Section 46(2), thus, provides that in an ordinary course of proceedings, only one invention shall be granted one patent, but the language leaves a scope for a discretion for the Controller that more than one invention may also be granted one patent. Nowhere it suggests, expressly or impliedly, that a patent shall not be granted for an invention if the subject matter of claims contained in an application is ‘similar’ with another Indian application.

Appropriate Statutory Provision for ‘One Patent Per Invention’ Rejection

In light of the discussion, it is safe to comment that section 46(2) encourages ‘one invention per patent’ and fails to supply the necessary statutory basis for raising the ‘one patent per invention” rejections under the Act. Instead, clause (b) of subsection (1) of Section 13 can provide the proper statutory basis for the same, the relevant portion of which is reproduced herein below:

“Section 13: Search for anticipation by previous publication and by prior claim.

The clause (b) above provides a clear and unambiguous basis for rejection of a claim in an application which is anticipated by prior claiming in a later published patent/application claiming an earlier filing and/or priority date.

An outcome on merits can be expected only if the applicant continues to have interest in the application and files their response to the two FERs. Otherwise, we may need to find and/or wait for another such section 46(2) rejection. However, irrespective of the fate of the two applications, a claim rejection for ‘anticipation’ is improper when raised under section 46(2). Any rejection u/s 46(2) can be proper when raised for ‘unity’ objections, alone or preferably in combination with Section 10(5). Section 13(1)(b) can be the proper statutory provision for the ‘anticipation’ rejections. Section 46(2) speaks for ‘one invention per patent’ whereas section 13(1)(b)for ‘one patent per invention’.