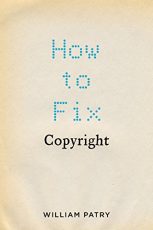 As Nikhil recently noted on the blog, there are currently on-going discussions as to whether the Copyright Act should be amended, with industry associations and law firms being invited to comment on the matter. As he had pointed out then, it is vitally important that industry and their representatives (law firms) not be the only ones sending in these comments, since very few, if any, have reason to focus on the public interest element. In this context, we are very pleased to note that a group of ‘like minded IP teachers’ have come together to prepare a list of recommendations that focus on desirable public interest oriented amendments! The document is available here (till at least 29th November – so do take a look soon) and those who wish to comment or endorse the contents can contact the authors as per the details in the document. We are fortunate to have Prof. (Dr.) N.S. Gopalakrishnan provide us an overview of their recommendations in a guest post below. Prof. Gopalakrishnan is one of India’s foremost authorities on IP, and is currently an Honorary Professor, Inter University Centre for IPR Studies, CUSAT. Some of his contributions to Indian IP law and policy can be seen here. A series of guest posts written by him on India’s problematic plant variety protection (PVP) regime on the blog earlier can be viewed here.

The Registrar of Copyright had recently invited comments from industry associations and law firms on desirable amendments to Copyright Act, 1957. As copyright is a subject matter that can affect diverse fundamental rights, it is extremely important to ensure balance within the copyright system. Public interest should receive due attention in any legislative attempts and broader as well as transparent participation of diverse stakeholders are very important for ensuring protection of public interest. Teachers, researchers, and students from across the country, and from across the disciplines, have a very important role to play in the consultation process. In fact, if you recall, the MHRD took an extensive consultation process (2000 – 2010) before introducing the 2010 Copyright Amendment Bill in the Parliament and this resulted in a very balanced set of amendments in 2012. As some of you may be knowing, I was fortunate to be part of the entire exercise and played a constructive role in ensuring that the public interest of access to copyrighted material is adequately reflected in the law without compromising the interests of authors.

In the context of the current consultation, a group of like-minded IP teachers are trying to propose a set of amendments which are relevant in the emerging digital context and also the challenges posed by a pandemic like Covid-19. Some of the suggested provisions, particularly those aiming to facilitate more creativity and access, need urgent attention. The following are the key areas in which we are suggesting amendments:

I. Amendments in Section 52

A. Broadening the fair dealing exception under Section 52(1)(a)

B. Expanding the scope of educational use exceptions to specifically include sharing of copyrighted materials in the online teaching context

E. Broadening the scope of provisions regarding access for people with disabilities

A. Definition of ‘Broadcast’ in relation to broadcast reproduction right

B. Definition of ‘communication to the public’

III. Amendments to other provisions

Brief Summary of the Proposals

I. Amendments to Section 52

In our list of potential amendments to section 52, the first proposal is to make the fair dealing clause a more open-ended one. This is to enable the courts to address emerging copyright related challenges in the new technological context. The courts in India have many a times engaged in a purposive construction of Section 52(1)(a) and allowed activities like creation of parodies and guidebooks. By adding them to the list of examples in the clause, and by clarifying that these are only examples and not an exhaustive list of purposes envisaged under the clause, the law will be able to address many of the existing and emerging challenges for users without compromising on the interests of authors.  In the fair dealing clause we also suggest the inclusion of user generated contents, taking note of the fact that many jurisdictions have already made changes in their domestic laws to further the ‘remix culture’.

The second major change we suggest is in the context of online teaching and learning, particularly in the post Covid-19 period. Even though the Delhi University case has positively interpreted the educational use related provisions, more explicit provisions are required for teachers and students to use works in the digital learning process without fear of copyright infringement liability. We propose specific provisions for reproduction and communication of works for the purposes of preparation, teaching, learning, and examination both in the online and in-classroom learning contexts, including distance learning. The current provision for performance and communication of the works to the select audience in the educational institutions also need to be expanded to all the works in any medium. It is a common feature that the educational institutions act as an intermediary to facilitate online platforms for teaching and learning. To exempt them from the liability of intermediaries for storing and transmitting the copyrights works, a provision needs to be added. One of the major hurdles teachers and students face in access to works are the technological protection measures (TPMs) used by the copyright owners. While the Parliament has  been extremely careful in the 2012 amendments to avoid circumvention related liability on anyone engaging in any activity for a purpose not expressly prohibited under the Copyright Act, an  explicit clarification in the context of educational uses can help in avoiding legal uncertainties for all stakeholders in the education sector.

The third proposal is in the context of use of works by libraries, archives, museums, etc. in the digital environment. Some of the current provisions in this regard are outdated and a new set of provisions are suggested to enable smoother functioning of libraries in providing access to the works in the digital context. Here also a provision is added to empower the library to circumvent the TPM if necessary to facilitate the access.

The fourth in the list is an express provision to facilitate text and data mining which is the need of the hour to encourage research and learning by making use of the advancements in computational technologies. We suggest a broad TDM exception keeping in mind the specific needs of Indian researchers. We  also suggest some amendments to update the provisions for the disabled, in tune with the Marrakesh Treaty. Provisions for cross border exchange as well as import and export of accessible format copies by organisations working for the disabled are included in this regard.

The second set of amendments are on three definitions – broadcast, communication to public and computer programs – in section 2 of the Act.

India is now witnessing rapid expansion of access to works through the internet using high speed bandwidth. Live streaming of programs is gaining momentum and is going to be a regular feature in the days to come. Since this is a new source of income for the authors of the work, India needs to expressly recognise this right to avoid unauthorised uses of works through streaming. Though the definition of communication to the public has been amended in 2012, the technology specific language used in the definition creates uncertainty as to the coverage of streaming of works. The proposed amendment to the definition of communion to the public is to clarify the same.

Another definition we have touched upon is that of computer programs. This is in the context of the new developments taking place globally in protecting under the copyright law functional elements (non-literal) such as sequences, structure and organization including application program interfaces (APIs). It is an accepted fact that API’s are functional in nature and the protection of the same will hamper research and developments in this area. In the context of this issue resurfacing in many other jurisdictions, particularly in the US, it is imperative that we clarify the same by expressly excluding the same from the definition of computer programs to avoid any legal conflicts in India.

III. Amendments to other provisions

The proposed amendments and the detailed rationales for those suggestions can be accessed from this document. While we completely understand that there are many more areas wherein changes can be suggested, we hope that this earnest attempt will inspire more deliberations among the public and persuade more people to actively contribute to the consultation process. If laws are made by the people and for the people in a democracy, the public should play an active role in the lawmaking process and we truly hope that steps would be taken by the Government to ensure that like the 2012 Amendment, the present copyright amendment consultation process will become another model in this regard.