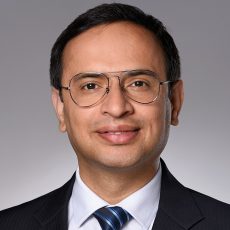 In this guest post, Dr Kathuria looks into the latest ‘digital gatekeeping’ controversy that Big Tech has found itself in in India, with the Competition Commission of India having ordered an investigation into Google’s conduct relating to Google Pay and the Play Store. He notes that the CCI has prima facie correctly identified the relevant market. He then notes that even if Google Pay were to be considered in compliance with NPCI guidelines it could still be in violation of competition law. Subsequently, he summarises certain international antitrust cases levied against app stores. He then examines the fairness of a 30% commission charged by Google and Apple Stores and raises concerns against the same, and questions the revenue models of digital gatekeepers. Furthermore, he points out that the mandatory use of Google Pay may result in the exclusion of other competing UPI apps, and the same is to be looked in context of recent NPCI guidelines. Google’s gain through access the commercially sensitive data of its competitors is also to be looked at. Finally, he concludes with the suggestion that India should come with ex-ante code of conduct for digital gatekeepers similar to the EU.

In this post, Praharsh discusses the recent Agreement on Regional Comprehensive Economic Partnership (RCEP) signed by ten south-east Asian countries along with Japan, China, South Korea, Australia and New Zealand. He notes a dedicated chapter on prevention and enforcement of IP rights of the member states under the Agreement. Particularly, he mentions Article 11.8 that expressly declares that the Agreement shall not hinder the utilisation of Article 31bis of the TRIPS Agreement. He then turns to India’s notable last minute withdrawal from the negotiations back in November 2019 due to concerns of opening of vulnerable sectors such as agriculture to imports from countries like Australia and New Zealand. Finally, he points out that while RCEP members have sent a formal statement indicating their willingness to negotiate with India if it accedes to the government, India does not seem much eager towards it any time soon.

In this guest post, Manvee analyses the effect of ‘first to use’ and ‘first to file’ regimes on trademark trolling, in light of the attention that the recent Sony PS5 case has drawn. She first differentiate the two regimes with the former granting trademark protection based on use of the mark by the applicant and the latter based on filing irrespective of its use. She then notes the debate in the Indian context where marks can be registered on a ‘proposed to be used’ basis. She notes the decision in the H&M case on trademark trolling and the recent PS5 controversy. She then highlights the three drawbacks in the Indian regime that need to be addressed. First, the option of cancellation on the ground of non-use cannot be invoked before 5 years of registration (and even subsequently the proceedings take time) which should be reduced. Second, the statutory procedure provided for cancellation and rectification before the IPAB is time-consuming. Finally, she argues that the filing fees in India should be revised on a more frequent basis, every 5 years as per her suggestion.

In this post, Adyasha analyses a Delhi High Court order denying AstraZeneca’s injunction plea for the manufacture of anti-diabetic drug Dapagliflozin. The defendants argued against the injunction on the ground that the species patent in question was already disclosed in the genus patent which expired on 02.10.2020, which was opposed by the plaintiffs claiming disclosure and marketing only taking place through the species patent. The plaintiff further argued the commercial success of the patent and an absence of challenge in its 15+ years of life cycle. The defendants highlighted an “Obviousness-type double patenting” (ODP) objection raised for the same patents in the US where the plaintiffs had filed a terminal disclaimer. They also highlighted another case where manufacture of Dapagliflozin was argued as an infringement of the genus patent. She then discusses the court’s right treatment of an incorrect coverage-disclosure dichotomy. Furthermore, the court took into account public interest highlighting a substantial difference between the selling price of drugs of the two parties and the greater risk to diabetic patients in the pandemic. Finally, the court observed that the plaintiff’s failure in non-disclosure of particulars from its US application including the terminal disclaimer. 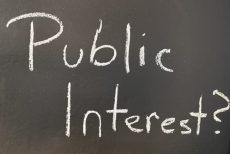 Back to the Drawing Board: Indian Courts’ Tryst with Public Interest Principle in Pharmaceutical Patent Infringement

In this guest post, Victor Vaibhav Tandon and Devvrat Joshi look at the public interest element in pharma infringement cases. They note that the Indian courts have posited public interest as a fourth factor in addition to the three-factor test used for granting interim reliefs, thereby not granting it its due autonomous role. They then briefly note the judicial history of the public interest principle starting from the Roche cases to the Novartis and Glenmark decisions. They then argue that public purpose should play a greater role in patent disputes in India, at least in the domain of pharmaceutical patents. They argue that public interest forms a cornerstone of Indian patent law and when a patentee prima facie fails to meet it in the immediate foreseeable future, that in itself should constitute a reason for non-grant of injunction in its favour. Finally, they argue that in adjudicating the public interest principle, the courts should consider factors such as price difference between the patented drug and its generic variant, actual working of the patent in India, the on-ground accessibility, and the conduct of the patentee. 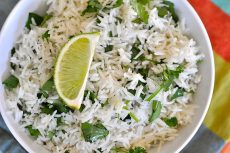 India vs Pakistan: Dispute over Basmati’s GI Registration in the European Union

In this post, Varsha analyses the recent controversy between India and Pakistan on India’s application for protected geographical indication (PGI) status for Basmati before the European Commission. She notes that India has not claimed itself to be the only country growing Basmati and that the application has complied with the requirements for product specification under the EU Regulation. She then notes that Pakistan’s opposition to India’s application might face challenges due to its possible non-grant of GI tag to Basmati as of now and the difficulty in demarcation of area. Subsequently, she discusses the four possible grounds for opposition as provided in Article 10(1) of the Regulation. The only possible ground that Pakistan could viably raise is to demonstrate that the registration would jeopardise the existence of products that ‘have been legally on the market for at least five years preceding the date of the publication’. Finally, she concludes by noting the possible implications of Pakistan’s successful or unsuccessful challenge to India’s application.