We’re pleased to bring to you a guest post by Manasa S. Venkatachalam, looking into the issues of copyright and right of publicity thrown by celebrities’ unauthorised use of paparazzi photographs of themselves on social media. Manasa is a 4th year student at Gujarat National Law University (GNLU), Gandhinagar.

Can Celebrities be Sued for Posting Paparazzi Photographs of Themselves? 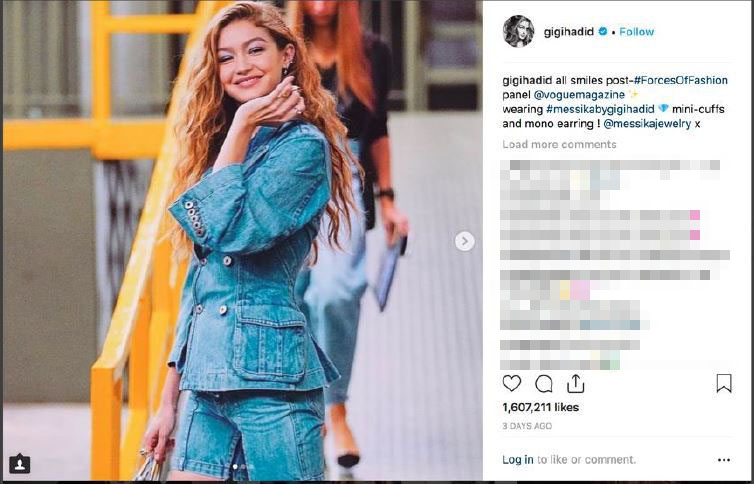 In the last couple of years, many celebrities have been sued or threatened to be sued for copyright infringement for posting paparazzi photographs of themselves on social media without the photographers’ permission (for instance, see here, here, here and here). These disputes bring out a glaring clash between copyright and ‘celebrity’ rights, and in this post, I seek to discuss the issues involved. Although no such disputes seem to have been reported in India yet, it would be interesting to see how one, when it arises, would be dealt with under the Indian law.

Owner of Copyright – Photographer or Subject of the Photograph?

Copyright law protects artistic works which include photographs (see section 2(c)(i) of India’s Copyright Act, 1957 (‘Act’)). Section 17 of the Act provides that as a general rule, the first owner of the copyright in a work is the ‘author’ of the respective work. And Section 2(d) defines an ‘author’ in relation to a photograph as the person taking the photograph. Therefore, the law very clearly attributes the ownership of a copyright in a photograph to the photographer, unless any of the exceptions under section 17 apply. In case of paparazzi photographs, the question of copyright ownership of the subject does not arise under any of these exceptions since such photographs are created neither as a commissioned work nor under a contract of service with the subject.

Social Media Posting of a Photograph by its Subject: Copyright Infringement or Fair Use?

However, section 52 of the Act recognizes certain acts in respect of copyrighted works to not amount to infringement. Does the celebrities’ unauthorised posting of their photographs on social media amount to fair use under this provision?

One of the acts listed under the provision is fair dealing with works (other than computer programmes) for the purposes of private or personal use, criticism or review of a work or reporting of current affairs or events (see Section 52(1)(a)). The only purpose that could possibly be argued to apply in the case of circulating one’s own photographs is that of ‘private or personal use’.

Could sharing of one’s photographs on social media qualify as ‘private or personal’ use? With social media, the line between private and public is unfortunately not a rigid one. The Bombay High Court in Garware Plastics and Polyester Ltd. v. Telelink and Ors., while deciding upon whether the allegedly infringing communication in the case was private or public, had applied the test of the character of audience and observed that a private communication is made to a restricted audience of the members of a family and their guests. Therefore, social media posts, particularly on ‘public’ accounts which celebrities usually have, do not seem to have the luxury of being considered as ‘private or personal use’.

Therefore, if celebrity subjects of paparazzi photographs share those photographs on social media, they are unlikely to receive protection against liability for copyright infringement under the Indian copyright law.

Unlike the fair dealing provision under the Indian law, the US fair use provision (section 107 of the US Copyright Act) is broader. Even if the use of a work is not for the purposes of personal use, review, criticism etc., it could amount to ‘fair use’ if it passes the test based on the analysis of four factors – the purpose and character of the use, the nature of the work, amount and substantiality of the portion used in relation to the copyrighted work as a whole and the effect of the use on potential market or of value of the work.

Unfortunately, the Court did not interact with these arguments as the case was dismissed on technical grounds owing to the agency not having received a copyright registration at the time of filing the suit. That being said, Hadid’s arguments put an interesting spin on the issue and it is important to examine their viability. Given that social media is a platform used by models to build their brand and to land major opportunities in the fashion industry, does Hadid’s post really amount to non-commercial use of the photograph? The commercial gains from social media posts definitely put a spoke in her first and fourth arguments. Also, under the first factor, in addition to examining whether the use was for commercial or educational purpose, what is scrutinized is whether the new work is a mere copy of the copyrighted work or is ‘transformative‘ i.e. whether the original has been altered with a new message, meaning or expression. When it comes to merely posting slightly cropped photographs online on social media with different captions, American courts have held that such work is not transformative. As to her third argument on using only about half the photograph, it is also unlikely to stand given that the part posted constituted the most important part of the photograph.

Perhaps the most intriguing argument is the one of co-authorship. The argument won’t stand under Indian law as the Copyright Act clearly defines author is respect of a photograph as the person who ‘takes’ the photograph. However, the term ‘author’ is not defined under the US law. It has been interpreted by the courts as a person who fixes an idea into a tangible expression entitled to copyright protection. It would have been interesting to see if Hadid’s contribution to the photograph in terms of pose, expression and choice of clothing would have been considered sufficient to qualify her as a co-author of the photograph under the US law.

The Conflict with Right of Publicity

However, as the right of publicity doesn’t encompass the positive right to publish a work (based on one’s identity) without its copyright owner’s permission, unfortunately an argument based on that also doesn’t allow the celebrities to publish paparazzi photos of themselves on social media without the photographer’s consent.

Currently, in the absence of a court precedent on this matter owing to celebrities choosing to settle the disputes with the photographers to avoid bad publicity, the issue still remains unsettled in the US. From a pure legal perspective, such usage by celebrities does seem to neatly fit into the four corners of a copyright violation; but some may ask if such a conclusion is fair. The concept of copyright was put into place in order to encourage creativity by granting the creator of a work the exclusive right to commercially exploit the work. Admittedly, paparazzi photos gain value because of their celebrity subjects. However, that should not allow the subject to publish the photograph on social media and thereby gain popularity and exposure at the cost of the photograph losing its novelty and its market value (licensing opportunities etc.) getting affected. Especially, in cases where a celebrity uses such a photograph for clear commercial purpose (for instance, the way Ariana Grande did to promoting her album/merchandise brand), the use must constitute copyright infringement and pecuniary damages must be awarded accordingly. In times where celebrities make millions off their social media posts, it is important that the courts take these violations seriously.