At the outset, I would be remiss if I didn’t thank Professor Shamnad Basheer and the rest of the SpicyIP team, for this opportunity as well as the magnanimous gesture of allowing me to be the first scholar in practice! I am humbled and grateful for this opportunity so a huge thank you once again! As Adam Burish said, “It’s not pressure, it’s excitement”. 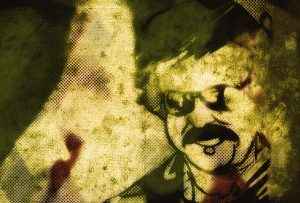 Reveries of a Publicity Right

By now, most of our readers would be familiar with what a Right of Publicity is. In essence, a Right of Publicity prevents the unauthorized use of an individual’s name, likeness, voice, or other recognizable aspects of one’s persona. For example: If a company ran an advertisement using a famous celebrity’s doppelganger, thereby inducing the public to believe that the celebrity advocated the use of the product, that would be a violation of the celebrity’s personality rights. For the sake of this article, I should clarify that I will be using the term ‘personality rights’ and ‘the right of publicity’ interchangeably. Additionally, although statutory and common law publicity rights generally apply to all, publicity rights, as a practical matter, usually concern celebrities. With that short introduction out of the way, let’s delve right into some normative quagmires that the Right of Publicity gives rise to.

First, and perhaps foremost, is the Right of Publicity an Intellectual Property Right? The question isn’t merely semantics, neither should its answer appeal only to an esoteric few, because definition and classification presage characterization. Intellectual Property Rights are mostly justified on a utilitarian basis: Grant of a limited monopoly incentivizes individuals to create. (Note that I said mostly, I believe there exists other normative justifications; however this is the most predominant.)

The question then becomes does the Right of Publicity foster/incentivize individuals to create/invent? In other words, does the existence of a personality right, incentivize individuals to become celebrities in the same way that the existence of a patent incentivizes inventors to invent or content creators to create content? I’d love the link to the interview where Aamir Khan told us that his reason for becoming an actor was to actuate his innate personality right. I seriously doubt that anyone would decide not to become famous or to become a celebrity if the Right of Publicity was abolished (For more proof, look at all those celebrities who lead extravagant lives before the creation of a right of publicity.)

I’m not being flippant (Okay maybe a little) but I always thought that Intellectual Property was not an end in itself. It was a necessary right in order to further an end. Besides, unlike Copyright Law and Patent Law which directly correlates to the artist’s/inventor’s sustenance and livelihood, the right of publicity does not. In essence: Unless you have a copyright over your song, you won’t be paid for it, whereas irrespective of the presence of a personality right, you will be paid for acting in a movie/ playing for a sports team.

What about the Public?

Another glaring defect with the narrative that personality rights are Intellectual Property Rights is the lack of recognition of the role of the public in fostering and creating personality rights. In Patent Law, patents are required to be disclosed to the public, in order to acquire a monopoly. Even in Trademark Law, the public plays a huge role, right from determining if a mark is ‘famous’ and thus entitling the owners of the mark to a dilution claim, to constantly using the mark almost to a fault ( For the owners) in the form of genericide. The same should hold true for Personality Rights as well, for it is the public who determines whether a personality is indeed a “celebrity” or not. In other words, a dormant personality right implicit in every person is given life to, not only by the acts of the wannabe celebrity, but by the adoration and adulation of the public. If Michael Jordan was an extremely talented floor-ball player (Yes,that is a thing), it is doubtful he would have lead the life he did, because the public does not enjoy the sport the same way it does Basketball. As they say in marketing, eyeballs matter!

The ripple effect when someone is not a celebrity is profound. There would be no point in economically using a name/likeness without authorization if that person was not someone the public knew in the first place. For example if Coca Cola used my likeness to advertise their product, no one would recognize me, and no one would want to buy the product influenced by my likeness, which makes the entire endeavor moot. Fame, derived from public adulation (Or even loathing, like the Kardashians) is vital for exploitation of the personality right. So congruently, limitations on the personality right should keep in mind the public’s contribution to the creation of the right in the first place.

Two caveats at this point. First, I am not arguing for an abolition of personality rights as a whole, but merely that a personality right might not fit within the Intellectual Property regime. In fact, I wholeheartedly believe that a celebrity should be able to object to use of her name and/or likeness, under an unfair competition theory, if it is likely to create confusion with regard to whether she endorses the product she is associated with. Second, I understand that the language of Intellectual Property as it stands today includes personality rights, just like it includes the protection of databases, trade secrets, plant varieties, and even trademarks. I understand the analogy that just like how whales and mice are both mammals, different types of property rights are in fact intellectual property rights.

Questions questions everywhere, not a politician to think

However, the language of today doesn’t prevent me from fulminating against it. Additionally in arguendo, even if personality rights were incorporated into an IP regime, there are still multiple questions that need answering, each with the potential to be their own blogpost, like:

Eventually, I do plan to write a sequel to this post, where I will address other questions like: what is the difference between a Lockean and Kantian Justification for personality rights, can personality rights be content neutral etc.