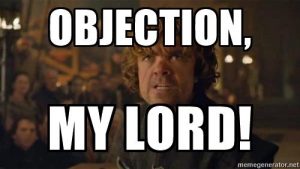 As per a recent report in the Financial Express by Vivian Fernandes, the PPVFR Authority, constituted under the Protection of Plant Variety & Farmer’s Rights Act, 2001 has finally done away with a long-standing requirement of producing a ‘No-Objection-Certificate’ (NOC) from the patentee of a particular GM trait that is used by a breeder while developing a new plant variety and which variety he seeks to register under the PVPFRA.

Since the interplay of these rights is slightly confusing, let me briefly explain the manner in which it works. The GM trait, is a biotech invention, achieved through genetic modification. In the context of Bt. cotton, the genes of a bacteria called bacillus thuringiensis (Bt.) are introgressed into the cotton genome – the toxins generated by this modification repels a certain class of pests that are prone to attacking the cotton plant. While the GM traits are useful in repelling pests, the ability of the cotton plant to grow and generate cotton are determined by the manner in which breeders grow the new plant variety. Given the climatic and soil variations across India, different plant varieties will grow differently in different parts of the countries. It is the job of breeders to keep developing new plant varieties that grow better and faster, producing better quality of cotton. Unlike the biotech sector where Indians are quite weak, they are quite good at developing new plant varieties. Typically, Indian seed companies seek licences from the GM trait owners like Monsanto to introgress patented GM traits in their own plant varieties. They may then want to release the new plant varieties in the market and protect them like any other new varieties that they develop. It is in this context that the NOC requirement has become a bone of contention.

As argued in an earlier post on SpicyIP, by Essenese Obhan, a lawyer representing the Indian seed companies, in their ongoing litigation against Monsanto, this requirement to produce a NOC is not supported by the text of the PVPFRA and is often a stumbling block for Indian seed companies to seek protection for new plant varieties that they may have developed.

According to Fernandes’s report, the Additional Solitictor General Tushar Mehta (who previously tried to intervene in the ongoing litigation between Monsanto & Nuziveedu without authorisation from the government) has opined that “the requirement of NoC from the patent-holder for registration of a variety or hybrid containing a patented trait had no basis in the PPVFR Act.”

I think the Authority has taken the right step in doing away with this NoC requirement because it lacks the mandate or the expertise to examine whether a patent is being infringed when the invention covered by the patent forms a part of a new plant variety. Such efforts to interlink different statutory authorities is not new in the Indian context – we have seen pharmaceutical companies attempt to link patent enforcement with regulatory clearances by drug regulatory authorities. Ultimately, they failed in their attempt after the Delhi High Court held that the law did not require such linkage.

Apart from the NoC sought by the authority under the PVPFRA, the second NoC that was required by plant breeders who wanted to release their new plant varieties, was in the context of approvals granted by the environmental regulator – the Genetic Engineering Approval Committee (GEAC). According to one of the notes put out by the National Seed Association of India (NSAI) on its website, GEAC required a NoC from the company that had developed the GM trait (usually Monsanto) before approval could be granted to release a new transgenic variety in the market. Apparently this was one of the reasons that Indian companies were forced to sign allegedly ‘one-sided’ licensing agreements with Monsanto. Even this NoC requirement has reportedly been scrapped and new plant breeders will not require such NoCs from Monsanto or any other company that has developed the new GM Trait.

What does the scrapping of these NoCs mean from Indian seed companies? Well, it means that they can release their new plant varieties in the market without facing the prospect of biotech companies like Monsanto withholding permission and blocking the release of new plant varieties. It reduces the ability of Monsanto to control the market and that is a good thing. However, this does not mean that Monsanto cannot sue them for patent infringement or breach of a licensing agreement. The only way out in such cases is to sign a licensing agreement with Monsanto and there is nothing the law can do to restrain Monsanto from imposing similar restrictive covenants as a part of its licensing requirements unless of course the Competition Commission of India deems such restriction covenants to be unreasonable.