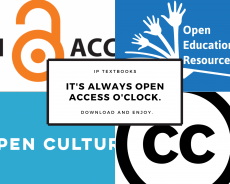 In this post, Swaraj shared the first draft version of an ‘Open’ IP Syllabus that he along with a small team of researchers has worked on in the last few months. The syllabus is aimed to contain materials that are legally and publicly available free of cost and outside of paywalls, touching upon diverse themes concerning intellectual property law. While the completion of the entire syllabus is expected to take some time, this post includes the draft of the first two chapters of this proposed syllabus. These chapters deal, in turn, with ‘Introduction to IP’ and the ‘Approaches to IP/IP Lenses’. The draft can be accessed here.