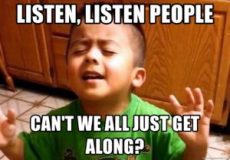 In November, 2020, Varsha wrote a detailed piece on the ongoing dispute between India and Pakistan on registration of GI over Basmati in the EU. Seemingly, after months of speculations (here and here) Nepal has finally joined the fight, opposing India’s application. This perhaps makes it the first IP disputes between the three South Asian countries.  While a more detailed post on this opposition will follow soon, I would like to quickly highlight a few interesting facts surrounding this event and Nepal’s connection with Basmati.

As per Dr. Upreti here, Nepal is opposing India’s application on three major reasons- i) Basmati is grown and consumed traditionally in Nepal; 2) Nepal has worked extensively with national and international scientists, since 1965, to develop different varieties of rice using local basmati landraces; 3) Basmati has social and cultural ties with the Nepalese communities. However, whether the opposition will be accepted by the EU or not depends on the documentary evidence which Nepal would be required to submit before the authorities.

While Pakistan has recently granted a GI status to Basmati, Nepal still protects its GIs under its trademarks law. The above report points out that Nepal does not have a GI regime in place in its national laws. Though the GI status is not a requisite for filing the opposition (as pointed out in Varsha’s post) they may play an important role in giving the opposition teeth against the application.

Another interesting note on Nepal and its Basmati connection is that its import of the rice variety from India has consistently increased over the course of time, with at least one newspaper source even stating that Nepal imports all its Basmati(s) from India. As per this report, Nepal imported 2,874.00 tonnes of Basmati from India (2018-19; Apr-Nov) costing 2.67 Million dollars. Will this have a bearing on Nepal’s opposition? Readers better acquainted with the opposition process could let us know.

In related news, the Pakistani opposition is receiving attention from the EU authorities. Recently it was reported that one of its rice exporters union (Rice Exporters Association of Pakistan) has submitted a reasoned statement after submitting the notice of opposition to India’s claim over Basmati, which was accepted by the EU.

Furthermore, I wonder what changes these oppositions would bring in the political relations among the three neighbors. India and Pakistan share age-old strained relations and India’s equation with Nepal has been facing rough waters over the past few years, with reports of ties improving. Politics aside, it is surely interesting to note that LDCs and Developing nations are concerned about their IPRs and are taking steps to defend it internationally

With fresh opposition from Nepal and submission of reasoned statement and notice of opposition from the Pakistani contingent, the EU regulatory framework (Council Regulation 510/2006) under Article 7.5 suggests that now the interested parties would be engaged in consultation. These consultations will run for another six months wherein the parties would try to reach an agreement. In case no agreement is reached by the parties, then the committee will hear the matter according to Decision 1999/468/EC to decide the matter.

Edit [Update: India has filed applications for registration of Basmati as a GI/ Certification Mark in 19 jurisdictions, with protection already granted in UK, South Africa, New Zealand and Kenya.]