We’re pleased to bring to you a guest post by Idhika Agarwal, analysing the decision issued by the Intellectual Property Appellate Board (IPAB) in DOW Agrosciences LLC v. Controller of Patents in October last year pertaining to proof of right for filing a patent application. Idhika is a 3rd year BBA LLB Hons. student at Symbiosis Law School, Pune. 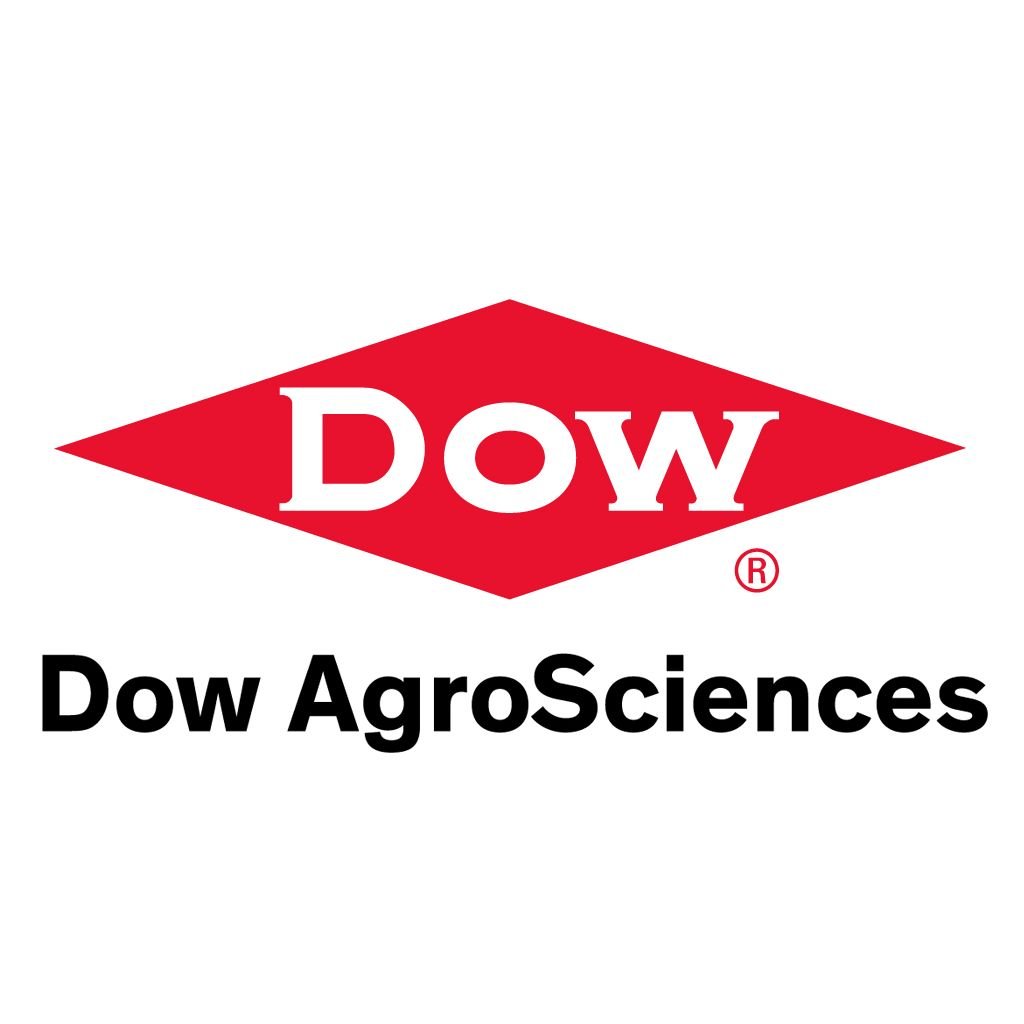 Patent Cooperation Treaty (1970) facilitates a multi-jurisdictional mechanism for registering patents by virtue of one single application, following a 3 step procedure:

India has accepted the Patent Cooperation Treaty (PCT) and thus, is bound to recognize the minimum standards in its national legislations. If we take a close look at the Indian Patent Act, 1970, Section 7 starkly reiterates the PCT norms of providing national treatment to international patent applicants designated to India.

Section 7 of the Act deals with the formalities with respect to filing of the application for an invention.[1] It includes the details to be furnished and the documents to be submitted along with the application. Furthermore, it caters to applications filed under the Act as well as via the PCT.

The brief process as provided by the statute is as follows: 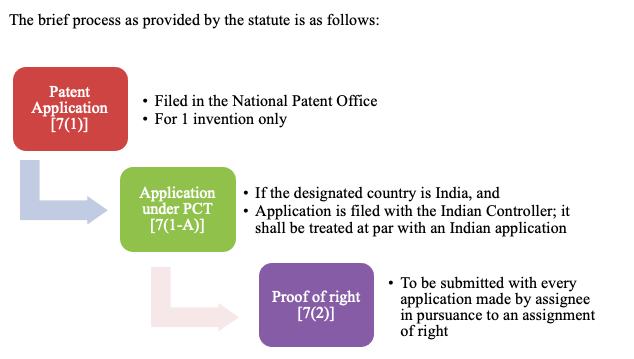 In a nutshell, the question of assignment arises when the person filing the application is not the original inventor. ‘Proof of Right’ acts as an agreement for transfer of certain rights and obligations from the true owner to the applicant of the patent. ‘Proof of Right’ is hence a statutory mandate for all applications made pursuant to an assignment as reiterated by the Intellectual Property Appellate Board (IPAB) in NTT DoCoMo Inc. v. The Controller of Patents and Design.

The judgment issued by the Intellectual Property Appellate Board (IPAB) in the DOW Agrosciences LLC v. Controller of Patents in October last year discusses the ‘Proof of Right’ at length.

According to the facts of the case, the applicant of the Patent (appellant), as mentioned in Rule 4.17(ii) of the Patent Cooperation Treaty submitted a PCT- Declaration during the National Phase of the application filing as his ‘Proof of Right’ in order to satisfy the condition of Section 7(2) of the Indian Act.

To this, the respondent objected stating non-compliance of Section 7(2) and thereby insufficient ‘Proof of Right’ filed by the Appellant as grounds to refuse the registration.

Thus, the issue before the Court was whether the PCT-Declaration under Rule 4.17(ii) can be accepted as a valid ‘Proof of Right’ for the purpose of satisfying the Indian legislative counterpart.

I shall be analysing the judgement in light of the Patents Act, in a 5-fold manner:

1. Who Can File the Patent Application?

According to Section 6 of the Act, the below mentioned entities are entitled to file an application for patent registration in the Indian National Office under the Patents Act.

Thus, DOW Agrosciences (applicant) shall be entitled to file an application as per Section 6.

Section 134 of the Act on the other hand deals with the recognition of the National Treatment principle in India. It lays down that, if any nation deprives the Indian citizens of the right to register a patent and get subsequent protection, the citizens of that country shall not be entitled to apply for any patent under Section 6.

According to the PCT Rule No. 4.17(ii), in order for an applicant to receive a national treatment with respect to filing of the patent in any designated country, a declaration in accordance to Rule 51 bis.2, specifying the capacity of assignee to file the patent shall be submitted.

Rule 51. bis 2. provides an additional safeguard to an applicant who has complied with all the requirements. It states that, only if the national office of the designated country has a ‘reasonable doubt’ pertaining to authenticity of the declaration so obtained, further documentary evidence can be asked for.

Thus, if the appellant has submitted a declaration of assignment, it constitutes a valid ‘Proof of Right’ under the PCT.

3. ‘Proof of Right’ under Patents Act

The corresponding Form-1, used for the filing of the patent makes it essential for the applicant, or an assignee, to provide for the documentary proof of such assignment. According to Section 68, of the Act, the ‘Proof of Right’ is required to be expressed in a written form.

Rule 20 of the Patents Rules, 2003 recognises the application under PCT and requires them to be made via Form-1 under Section 7(1A). Furthermore, Rule 23 in the same chapter clearly states that if there arises a discrepancy between the International Legislation and the rules of Chapter III, the PCT and its governing principles shall prevail. Thus, Rule 20 shall act as an ancillary to the PCT guidelines. Furthermore, the PCT Applicant’s Guide- National Phase National Chapter-IN, specifically provides that the PCT declaration shall be sufficient for the purpose of filing an application under Form 5.

Thus, the declaration in abidance of the PCT Rules, via Form 1, shall be sufficient ‘Proof of Right’ when an assignee is filing for an International Application from a different home country. By denying the application, the Controller has thus overstepped his authority and the provisions of law.

In the given case, the appellant/assignee did furnish the declaration at the time of submitting the application, thereby constituting as a valid entry.

In a nutshell, the applicant in this case, submitted a valid declaration as per the Rule 4.17(ii) of PCT and ‘Proof of Right’ under Section 7(2) of the Indian Patents Act. There arises no prima facie discrepancy in the said application. The Controller is required to be well versed with the Patents Act, 1970 and the Patents Rules, 2003 in order to discharge his duty. Despite the existence of such clear guidelines, the Controller of the Patents, (Respondent) objected to the application. This only points out to the fact that:

All the three points above direct us to a view that shows incompetence or lack of carrying out an appointed function with utmost efficiency.

As a result of this, the dispute was addressed in the IPAB. It is true that the IPAB is a tribunal that was constituted to reduce the burden on the judiciary by addressing all IP concerns, it could never be the intention of the legislation to subject the IPAB to unnecessary disputes. Matters that have stark statutory solutions, should never reach the tribunals. If the same continues, in no time, the tribunals will be as burdened as the judiciary, and the purpose of their genesis will be long lost.

Where the position of law upholds the spirit of the Patent Cooperation Treaty aiming at a simple and hassle free filing of patent applications through a single application around the globe, the Indian execution of the laws is still not up to the mark. Therefore, an upliftment of the same area needs to be the priority of the IP authorities beginning with the Registrars and Controllers.