We’re pleased to bring to you a guest post by Kartikeya Prakash, discussing the lacuna in the Patents Act regarding the ownership of the patents invented by the employee in the course of employment in absence of an assignment agreement with the employer. Kartikeya is a 2nd year student at the West Bengal National University of Juridical Sciences (NUJS), Kolkata.

The Dilemma of Employer-Employee Patent Ownership in India 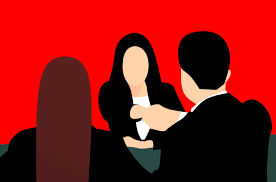 Majority tech companies rely on the inventions of their employees and as a general practice, patent the inventions in the company’s name. The employees assign their patent rights to the employer through pre-assignment (usually a part of the employment contract) and assignment agreements (signed after the invention is realised). In India, this practice becomes necessary owing to the lacuna in the Indian Patents Act, 1970. No provision in the Act clarifies the ownership of the patent invented by the employee under the ageis of the employer.  While its counterpart, the Indian Copyright Act, 1957 has Section 17 which specifically assigns the copyright to the employer if made in the course of employment (unless there is a contract to the contrary). Interestingly, in spite of being an older statute, the Copyright Act encompasses the specific provision while the Patents Act does not. The same issue regarding the differences between both the statutes had been pointed and tracked by Prof. Shamnad Basheer here.

The legislators in India missed the trick by failing to include a ‘deemed ownership’ provision in the Patents Act, 1970. Whereas, such provisions have been codified under Section 39 of UK Patent Act, Section 132 of Israeli Patent Act, and Section 6 of the Chinese Patent Act. This deeming provision is based on the principle of “duty to invent” under which a person who has a duty to invent cannot get the patent registered in his name. The rationale behind this principle is that if the employee has used the facilities, technical know-how and resources of the employer, the employer should not be deprived of the benefits. In turn, implying that an employee, who conceived the invention during the ‘course and scope of employment’ cannot get the patent in his name. This argument of ‘duty to invent’ was presented before the Bombay High Court in Darius Rutton Kavasmanek v. Gharda Chemicals. But, the court refused to analyse the same as it could not critique on the merits of the case as it was an appeal for injunction.

In addition to the ‘duty to invent’ argument, another way of addressing this ownership conundrum is the use of the “shop-right” principle, which was brought up in the United States. Unfortunately, the same has not been in use in India. Shop-right is a non-exclusive and non-transferable licence with the employer to use the invention without any payment of royalties, even if there is no agreement for the same. Under this doctrine, even if the employee, who is the owner of the patent, sells his right in the patent, the employer retains his shop-right in the patent.

The above mentioned lacuna in the Indian patent law is especially  problematic for multinational corporations involved in R&D, when their inventors are Indian employees. Section 39 of the Patents Act states that whenever a resident in India makes an application for a patent or causes an application for a patent to be made in a country outside India, needs to get permission from the Controller of Patents. For example, a company based in the United States wants to file a patent in the United States, but the inventors are resident Indian employees. Now, it can be argued that the Indian employees, through their patent assignment agreement have ‘caused’ the application for the patent to be made in the United States thereby requiring permission from the Controller of Patents in India. This is a major hindrance in  speedy applications and grants of a patent to the employer-company. In a field as dynamic as intellectual property, such unnecessary delay is likely to impact the use of resident Indian employees for innovation. However, the insertion of a provision that deems ownership of the patent to the employer/company will certainly go a long way in tackling such problems.

It is noteworthy that even the United States Patent Act does not enshrine any provision regarding employer-employee ownership of patent. But, the courts have set various precedents to aid the employers. In Goodyear Tyres and Rubber Company v. Miller (United States), the court opined that, “it is feared that if a company will be denied the fruits of its success, then it will cease to subsidize and experiments will go.” The Indian courts can take cognisance of the same in future judgments and set out better precedents that aid in filling loopholes in the patent regime.

With the current ownership regime of patent law in India, the employer runs a risk of not owning the invention despite making investments for the same. This may discourage employers from investing in research opportunities. A similar stance in India, as that in the United States, United Kingdom and other countries will certainly help in resolving the patent ownership issues between the employer and the employee. At the minimum, the employer should be granted a say in the patent even in the absence of an pre-assignment  / assignment agreement for the same, if the invention was realised using the resources of the employer and during the course of employment.