We are pleased to bring you a two-part guest post by Sriya Sridhar, analysing the judgement passed by the Madras High Court today in a case where the petitioner seeks his name to be redacted from a judgment in a case where he was ultimately acquitted. Sriya graduated from Jindal Global Law School in 2020, and is now a lawyer specialising in IP and Technology law.

Madras HC on the Right to be Forgotten: A Welcome Development? (Part I) 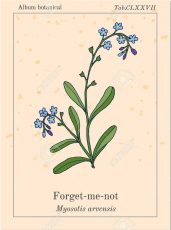 In my previous post for this blog (see here), I discussed an interim order passed by the Delhi High Court (‘HC’) recognising the petitioner’s right to be forgotten (‘RTBF’). In doing so, I examined the state of law on the RTBF, judgments of various High Courts and the implications of the matter before the Delhi HC for the future of the right to privacy vis-à-vis judicial transparency and public access to information.

Carrying forward from my last post, I examine an interim order issued on July 16th, and judgment issued by a Single Bench of the Madras High Court (Madurai Bench) today, in a case where the petitioner seeks his name to be redacted from a judgment in a case where he was ultimately acquitted. I consider the implications of this matter for the RTBF, essential questions it raises, why the judgment is a positive step, and aspects that still require clarity.

In this case, the petitioner claimed that he had been acquitted by the High Court on an appeal from a conviction and sentence passed by the Trial Court, for offences under Section 417 (Cheating) and Section 376 (Rape) of the IPC. He claimed that he is entitled to redaction of his name from the judgment given that he is identified as the accused even after being acquitted, which has caused harm to his reputation. Unlike the petitioner before the Delhi HC, his relief was claimed against the Additional Registrar Generals of the Court and the Registrar for IT in addition to Indian Kanoon.

Like the Delhi HC, this Court also found that there is a prima facie case to uphold the petitioner’s RTBF, although the reliefs are different. The reasoning for a potential relief in the Madras HC seemed to be based on (1) the protection of his right to privacy and reputation both online and offline, and (2) providing an acquitted person the right to have their name redacted and stop being identified as an accused person.

While the Court did not frame the issue as one of right to privacy weighed against judicial transparency, it located the petitioner’s Right to be Forgotten in Article 21 and a post Puttaswamy framework. However, there were several causes for concern, which I will elaborate on in the following sections.

Readers may also note that there is a similar writ petition currently admitted in the Kerala HC, which I mentioned in a comment to my previous post. However, the Kerala HC does not seem to have made any observations like the Madras HC, and the matter is at the stage of a counter affidavit filed by IndianKanoon at the moment.

I attended the final arguments of the matter on the 28th of July. A number of arguments were made, drawing from judgments in the EU, the USA, and articles of the GDPR and sections of the PDP Bill. The counsel for the petitioner and other interested parties interpreted the right of privacy as absolute, and that the petitioner is entitled to the removal of his name which serves no other purpose in the public interest and has caused harm to his reputation in the past. They emphasized the right of a person to have his dignity “restored” and drew upon previous cases where Courts agreed to mask names, although not going into important distinctions. Counsels also argued that the right to privacy should be placed on a higher pedestal than the right to information, and that a perception of false guilt is not to be perpetuated given the prevalence of social media screening.

Counsel for the respondents left it up to the Court to create guidelines, while parties against the redaction largely called for a balancing act between the right to privacy of the petitioner and the right to information, and freedom of speech, as well as pointed out that a judgment forms part of the public record which should not be redacted post facto, especially given that the petitioner hasn’t faced any harm with respect to any serious matter such as seeking public employment and the fact that court records are essentially public documents (which I agree with). They also (correctly, in my opinion), pointed out that a general principle is likely to open the floodgates to future cases where acquitted persons ask the court to alter the content of the judgment in itself, which necessitates the need for safeguards and a procedure established by law which considers the circumstances of the acquittal and public interest.

The Court also explicitly said that the intent of inviting members of the Bar is not to confine the matter to the petitioner in question, rather to lay down principles for future cases of acquittals and redaction.

In Part II of this post, I will be covering the final judgment of the Court, and my analysis on the positive aspects of its deviation from the interim order (which I find to be problematic). I will also cover the missed opportunities for providing clarity on important aspects pertaining to the RTBF and the Court’s own observations.