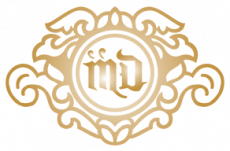 In this post, Adyasha analyses a recent trademark infringement dispute before the Bombay High Court over the ‘RAMPUR ASĀVA’ mark for alcoholic beverages. While the Single Judge bench ruled in favour of the defendant, the Division Bench overruled that order. Adyasha first provides the factual background and the reasons behind the Single Judge’s refusal of the interim injunction. She notes that the Single Judge agreed with the defendant’s proposition that ‘ASĀVA’ was merely a description of the fermentation process and could not infringe the plaintiff’s registered ‘THE ASWA’ mark. The Division Bench, however, rightly highlighted that even if it is merely the description if it performs the function of a mark, despite the intended use, it has to be seen as one. The Division Bench also aptly overruled the Single Judge’s ruling that there was no phonetic similarity between the marks. The court also criticized the Single Judge’s analysis on likelihood of confusion based on an Australian precedent without considering the nature of consumers targeted in India. Finally, she highlights that the Division Bench was correct in overturning the Single Judge’s ruling that since the plaintiff had also applied for registering the ‘ASĀVA’ mark it is deemed to be an acknowledgement of similarity and thus operates as estoppel.