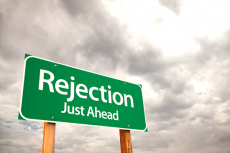 Green-coloured signboard with text “rejection just ahead”. Image from here.

We recently came across two decisions by the Indian Patent Office (IPO) in which patent claim applications concerning two nicotine delivery devices were rejected on the ground of the same being affected by section 3(b) of the Indian Patents Act, 1970.

Section 3(b) provides that “an invention the primary or intended use or commercial exploitation of which could be contrary to public order or morality or which causes serious prejudice to human, animal or plant life or health or to the environment” will not be considered an invention for the purposes of the Patents Act.

The first decision (dated 21st February, 2020) concerns application no. 7127/DELNP/2011 (here) dated 16th September 2011 filed by Philip Morris Products S.A., a tobacco company. The application discloses a device for delivering nicotine to a subject. The device is described as comprising a housing compartment, which in turn consists of an inlet and an outlet in communication with each other and adapted so that a gaseous carrier may pass into the housing through the inlet, through the housing and out of the housing through the outlet. It is stated that the invention is affected by section 2(i)(j) section 3(i) and section 3(b) of the Patents Act.

Section 3(i) bars the patenting of treatment processes. In this instance, an objection was raised with respect to the method and device for delivery of nicotine, a therapeutic substance, stating that the same is a non-patentable subject matter as it is a method for treatment on the human body. While there is a mention of this objection, neither the applicant responds to it nor does the Controller make a reference to it.

With respect to section 3(b), the Controller noted that the applicant had failed to explain how the nicotine delivery device prevents nicotine’s addictive effect, which poses a risk to health. Thus, rejecting a patent to the device on grounds of it causing serious prejudice to health.

Apart from the application of section 3, the Controller also rejected the Philip Morris application because the requirement of inventiveness under section 2(1)(j) was not fulfilled. The rejection held that the device fails to establish inventiveness that is not obvious to a person skilled in the art. Citing the IPAB decision in Sankalp Rehabilitation Trust v. Hoffmann-La Roche (Order No. 250/2012) to state that when prior art discloses every subject-matter of an invention, then it can be safely assumed that a person skilled in the art would arrive at the invention through experimentation, the Controller reiterated that the non-obviousness criterion requires any claimed invention must be adequately removed from prior art. The obviousness test laid down in Biswanath Prasad Radhey Shyam v. Hindustan Metal Industries Ltd, was used to emphasize that a person of ordinary skill, that is a person having knowledge and skill in a said field and no other distinctive qualities, would be able to discern the invention for which Philip Morris was claiming a patent based on the prior art documents available.

The second application rejected under section 3(b) was filed by ITC Limited (Application No. 1098/KOL/2010 dated 30/09/2010) (here). Similar to the Philip Morris application, this was rejected for the use of tobacco as an essential feature in the device. The rejection (dated 13th June, 2019) notes the harm caused by tobacco to human health and life because of the presence of carcinogens, respiratory toxicants, cardiovascular toxicants, reproductive/development toxicants and addictives.

Tobacco Products are Injurious to Health, Apparently Patent Applications Too

It is interesting to note that both the rejections state that the claimed inventions are hit by section 3(b) because they use nicotine/tobacco as an essential feature. There is no reasoning provided apart from the fact that nicotine being a highly addictive substance, poses a serious health risk. There are two main concerns with such rejections – one, they do not provide enough justification for what is a subjective decision, and two, by broadly rejecting inventions that use tobacco as an element, the IPO also seems to be regulating the tobacco industry, which is clearly an overreach of its regulatory powers.

To elaborate on the first concern, section 3(b) is a very vaguely worded provision that offers for wide and varied interpretation of the terms ‘public order’, ‘morality’ and ‘serious prejudice’. The section 3(b) exception allows for the arbitrary exercise of power by the Controller, something recognized in the recent Parliamentary Standing Committee Report on IPR too. While the harmful impact of tobacco on human health is proven, without adequate reasoning as to why a tobacco-based invention poses a ‘serious prejudice’ to human health, the Controller’s rejection of such inventions unfairly impacts applicants. Previous instances of patent applications being rejected under section 3(b) include a sexual stimulation device on account of it being “contrary to public order or morality”, and a medicinal powder prepared from skeletal remains of corpses on account of it being against morality. Thus, showcasing the wide range of claims this exception applies to, given its subjective nature.

This ties into the second concern regarding regulatory overreach. It is important to note that while there are several restrictions concerning the sale, packing, and labeling of tobacco products, its sale and consumption are not prohibited. Hence, rejecting patent applications merely because they use nicotine/tobacco as an element is clearly an overreach by the IPO to regulate an industry that is not its concern.

Both the applications have issues outside of the scope of section 3(b) which factored in their rejection, however, the lack of adequate reasoning with respect to section 3(b) is concerning. On the face of it, while the linking of tobacco products to health risks is supported by evidence, the same has not been used by the Controller. Section 3(b) allows for the patent controller to look beyond the threshold requirements of what can be claimed to be an invention in the interest of certain ethical and moral standards set by society, however, the lack of adequate guidelines and safeguards with respect to its application seems to make it inherently prejudicial against certain industries.