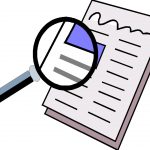 In the discussions around IP, trade and innovation, it has often been pointed out that least developed countries and developing countries are frequently the net importers of technologies, while the developed countries tend to be net exporters of technologies. This is a point that is especially relevant when discussing the problems with ‘one-size-fits-all’ approaches to globally harmonized IP regimes (see for example, this post on a Report on Patent Exclusions). An interesting new report (available here) published by South Centre a couple of days ago, highlights some data on this ‘net importer / net exporter’ issue that, as they point out, seems to have had very little discussion on, so far. That is, the dollar values of “the royalties for use of IP”, as recorded in every country’s Balance of Payments (BoP) statistics. These cover payments made between residents and non-residents for authorised use and use through licensing agreements and related uses of various IPRs, and are prepared by all countries. They’re sourced from the IMF site (receipts and payments). I reproduce an extract of some interesting findings from their ‘preliminary results’ section, that highlight a huge differential between what developing countries pay, and what they receive (pages 6, 7 of the report, available here).

Of course, these figures can only represent a part of the total IP related transactions (see more disclaimers on page 5 of the report). Additionally, local subsidiaries, mergers and acquisitions, tax avoidance moves, etc presumably distort the accuracy of these royalty payments. Nonetheless, given that these are considerable sums of money even at partial estimates, this does provide an interesting starting point for more investigations. For example, the traditional narrative dictates that paying IP royalties should equate to some equivalent form of technology transfer. Are we monitoring whether this is happening, especially given research that indicates that patents may be relatively unimportant in development in developing countries? If readers are aware of any recent research that actively makes these investigations, please do share!

Edit: Having received a comment that suggested it was disingenuous to say this data gives the value of a harmonised IP regime, I thought it was better to also include this clarification: The limited point in this short post is that there is data / measurement of the “price” (as distinguished from “value”) of a harmonised IP regime that hasn’t been discussed much, and that the report brings this out.