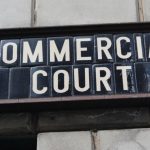 In this regard, it is interesting to examine how this case arose. Vishal Pipes Limited filed a suit seeking permanent injunction against Bhavya Pipe Industry for infringement of trademark. The suit was valued way below 3 lakhs rupees. The case was listed before a non-commercial court. The non-commercial court did not grant an ex-parte order of injunction. Aggrieved by the refusal, Vishal Piples Limited approached the Delhi High Court. (paragraphs 1-3)

The Delhi High Court noted that the suit was listed as a non-commercial suit even though the valuation of subject matter IP (which is the trademark in this case), appeared to be much higher.  The relevant excerpts are as follows:

“57. The turnover of the Plaintiff as pleaded in the suit and as per the CA Certificate placed on record dated 5th August, 2021, is approximately Rs.67306 lakhs over the last three financial years, i.e., 2018-2021. Moreover, the Plaintiff has stated in its plaint that it has “commanded handsome sales running into Billions of Rupees”. It is also stated to have spent “enormous amounts of money” in advertising and publicity. The said mark, including the label, is stated to have extensive goodwill and reputation, having been adopted in 1988, with copyright and trademark registrations dating back to 2006. The Plaintiff has stated that it has reputed clients such as Uttar Pradesh Jal Nigam, NTPC, BSNL, MTNL, L&T, etc., across India and worldwide. The Plaintiff is also stated to have extensive reach and online presence through both its website and third-party sites like IndiaMART, Facebook, LinkedIn, etc. The Plaintiff also has numerous quality certifications and recognitions, including ISO, BIS, and One Star Export House (recognized by the Director General of Foreign Trade). Despite all these facts, it is puzzling that the reliefs of injunction as also delivery-up, are valued at Rs. 200/- each for Court fee and jurisdiction, which is much below Rs.3 lakhs. The Court fee paid is Rs.100/- for such reliefs. Additionally, the relief of rendition of accounts is valued at Rs. 1000/- and Court fees of Rs. 150/- is paid for the same. Such a course of action appears to be quite unusual and quixotic, as there is no basis in the suit as to why a trademark suit of a brand having such a huge turnover is sought to be valued at such a low threshold. Moreover, the suit in the present case does not mention the ‘specified value’ at all, but merely the value of reliefs sought.“

The Court noted that the existing legislations on valuations of suit do not specify the methodology for valuation of IP disputes. But Section 12 (d) of the Commercial Courts Act clearly lays down that  “where the relief sought in a suit, appeal or application relates to any other intangible right, the market value of the said rights as estimated by the plaintiff shall be taken into account for determining Specified Value.”  Applying the principle, the specified value of the IP suit should be based on the market value of the subject matter IP and not that of the reliefs claimed. (paragraph 62 (ii) (iii))

Firstly, this is a well-written judgment with headings and sub-headings. Even a layman can easily comprehend the judgment. This judgment is a fit case study for plain english writing. For the uninitiated, plain english writing movement is a movement in common law jurisdictions to simplify legal texts and judgments. From what I gather, this aspect is not given the deserved attention in judicial academies in India.

It also appears that the lawyers appearing in this case constructively contributed to this judgment.

As early as in 1891, the Queen’s Bench in In Re Cassioni cautioned:

Thirdly, the judgment safeguards the institutional virtuosity of the system. The judgment ensures that all IP disputes will be listed before the district commercial courts. This will enable a judge to gain expertise in IP matters through repeat play even if she/he does not enjoy any technical background. There are quite a few examples of judges like Judge Randall Rader and Justice Prabha Sridevan who gained expertise in IP matters through repeat-play. The german legal system, for instance, ensures that a judge becomes adept in IP matters through repeat-play. (In the light of comments received, I have second-thoughts on this comment. The market value of the subject matter IP (especially in Delhi) can be above 2 crores. Thus, the density of IP cases may now be higher in the High Court. Please see the comments section for the comments and responses. I thank Eashan and Shobith for their comments and inputs.)

Fourthly, the judgment places a heavy evidentiary burden upon the petitioners in IP disputes who claim the valuation to be below 3 lakhs rupees. The Court categorically notes, ‘It would only be in exceptional cases that valuation of IPR disputes below Rs. 3 lakhs could be justified’. (paragraph 62 (iv)).

“9.1. It remains trite that it is the nature of relief claimed in the plaint which is decisive of the question of suit valuation. As a necessary corollary, the market value does not become decisive of suit valuation merely because an immovable property is the subject-matter of litigation. The market value of the immovable property involved in the litigation might have its relevance depending on the nature of relief claimed but, ultimately, the valuation of any particular suit has to be decided primarily with reference to the relief/reliefs claimed.”

I do not see a contradiction for the following reasons:

b) On the other hand, the Commercial Courts Act provides a methodology for calculating the ‘specified value’ of suits involving intangible property.

“12. Determination of Specified Value. —(1) The Specified Value of the subject-matter of the commercial dispute in a suit, appeal or application shall be determined in the following manner:––

(d) where the relief sought in a suit, appeal or application relates to any other intangible right, the market value of the said rights as estimated by the plaintiff shall be taken into account for determining Specified Value;”