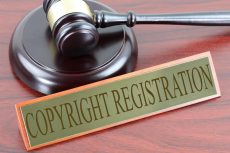 Copyright registration is not mandatory in India. However, one may register the same and it would be prima facie evidence of the registered details therein. But if a registered copyright is alleged of copyright infringement, can the “voluntary registration” come to its rescue? As per a recent order of the Gujarat High Court in Maheshbhai @ Kanbhai Haribhai Sojitra v/s State Of Gujarat, the answer is yes. This post examines this order and highlights certain anomalies that lie within or stem from it.

In the five-page order, the facts are unclear. But from para 4, it appears that both the parties are in the same area of business, and an FIR for the offence of copyright infringement was filed by the Respondents against the Applicant. The Applicant alleged that it was done to oust him from his business and sought to quash the FIR by relying on the “certificate of registrations” from the registrar. The Respondents’ arguments aren’t explicitly provided in the order. What we do know from the order is that they invoked Sections 44, 45, 51, 63 and 64 of the Copyright Act, 1957 [“Act”], with the fulfilment of Section 51 as a central question.

Section 51 of the Act reads as:  “When copyright infringed. – Copyright in a work shall be deemed to be infringed— (a) when any person, without a licence granted by the owner of the copyright or the Registrar of Copyrights under this Act or in contravention of the conditions of a license so granted or of any condition imposed by a competent authority under this Act . . .”

Simply, the provision says if any person does not have a “license” to use a particular work, s/he will be deemed to be an infringer if they do certain acts as described in the rest of the section. Such a license can be granted either by a copyright owner (voluntary license) or by the Registrar of Copyright (compulsory license). That is to say, a plain reading of this section shows that it merely discusses preconditions for when copyright is deemed to be infringed. And though there may be some implications around what is not considered infringement, one may note that the provision does not directly discuss or list out what would not be infringement.

In the Court’s opinion though, the certificates of registration from the registrar immunise against copyright infringement. It noted that “A bare perusal of Section 51 of the said Act says that if any person uses without the permission of the licence owner or from the Registrar, any product would amount to infringement of copyright. However, in the present case, the applicant is a holder of certificate issued by the Registrar of Copyright.” Hence, it held that the Applicant was not liable for infringement.

There appear to be some equivalences assumed here. First, as per the Court in the above-quoted lines, the “permission from the registrar” in Section 51 is equivalent to “Certificates” issued by the Registrar. Second, the Court seems to be saying that permission from the registrar is the same thing as a license granted by the registrar. However, looking at the words of Section 51, it is clear that the provision is referring to either a voluntary license or a registrar-issued compulsory license. While a ‘certificate’ refers to a registration certificate. Behind the Court’s (un)canny connection, there lurks an oversight that copyright registration is (merely) prima facie evidence of ownership (Section 48) which in no way signifies ‘permission’ from the Registrar.

Reliance can be placed on the K.C. Bokadia Case (M.P. High Court) which noted that “Certified copies of entries in the register . . . are not conclusive. Copyright when it is propounded or challenged has to be duly established in a competent Court.” The Inception Media Llp case (Bombay High Court) brings further clarity on this, noting that “Section 48 is not an acknowledgement of actual authorship being proved, but only of copyright having been applied for and granted. The purpose of Section 48 is not to conclude proof of authorship . . . Where, in a given case, there is material to indicate, even prima facie, that the claimant to copyright is not the sole or first author, that presumption is rebutted.”

With this oversight, comes an (extra-statutory) obligation/expectation on the Registrar to know of other works and be more diligent while granting registration. However, no such diligence is explicitly present in the current copyright law unlike other Trademark and Patent laws that mandate registration and lay down specific procedures e.g. oppositions and prior mark/art search.

As the Court noted, Section 64 is not about an offence but is about the police power to seize infringing copies. However, these powers exist with respect to Section 63 which pertains to the offence of copyright infringement and requires a person to have knowledge of infringement.

Here’s the rub – if there is no registration requirement in the Act, there will be works whose ownership and existence cannot be generally known by people. This becomes more problematic when an FIR is filed, and the Police get (subjective) power to seize anything infringing assuming the knowledge of infringement. But can someone be assumed to know of the existence of any work, when there is no legal requirement to have works made known? Maybe yes, maybe no. Two kinds of responses come here.

First, as Dhiraj Dharamdas Dewani case (which is a bad law as per the Sanjay Soya case) which noted that “To make a person liable criminally, it will have to be shown that such a person was fully knowing about the owner of the copyright and that he indulged in infringing the said copyright despite knowing the ownership thereof.” Second, as the Sanjay Soya case which, while controverting Dewani’s above argument, noted that “Every forger, plagiarist or .  .  . ‘rip-off artist knows what he or she is about, i.e., forging, plagiarising, or ripping off’ another’s original work, even as he or she goes about doing it said.”

Both these responses are problematic in some way. While Dewani’s case correctly reinforces the basic criminal law principle about knowledge as a prerequisite for a crime commission, it incorrectly equates the “knowledge of owners” with “knowledge of ownership”. Further, it went on to state that since it is impossible to know of infringement without registration and publication in the official gazette, registration under Section 45 must be mandatory.

In the second response, Sanjay Soya’s case does not engage with why knowledge of the existence of work or ownership is relevant but directly defines subject matters (forger, plagiarist, rip-off artists) as infringers having an intention and knowledge of infringement. Note: it refers to persons who are already defined as having mal-intentions. Such a self-certified conclusion can fall flat on at least two occasions. Firstly, when a person independently creates work and ends up creating something similar to prior work. Secondly, when somebody uses a mark on goods/services and another person claims it to be her (unregistered) artistic work. Such overlap is also anticipated in Section 45, which states that the registration application of an artistic work which “is used or is capable of being used” shall mention such a thing and provide a certificate from the Registrar of Trade Marks certifying no trademark identical with or deceptively similar to such artistic work is registered or applied. However, since the registration is voluntary, a copyright holder may opt to not register her artistic work, and leave the trader with no option to know the existence of copyright in the mark. But the trader would still be deemed criminal if FIR is filed and the police would be able to seize the goods.

Undoubtedly, these are hypothetical examples that may happen only sporadically, but this brings us to the same old debate about whether copyright registration is desirable. Adyasha Samal has discussed its policy implications on the blog earlier. As she also noted, this debate shouldn’t be limited to the binary of no/voluntary registration v. yes/mandatory registration (e.g. see Dev Saif Gangjee’s paper). We may consider a selective registration option where some works require mandatory registration. Turkey (art. 5, here) already has this work-specific approach for phonograms and cinematography works.

Side note:  It is worth mentioning that the language of Section 51 is limited to voluntary (i.e. by the owner) and compulsory licenses (i.e. by the registrar). It has no mention of statutory licensing that exists in Sections 31C and 31D and is incorporated through the 2012 Copyright Amendment. This seems to be a legislative oversight, though one can argue that it is implied in the provision and may not affect the outcome of the case. The legislative debates show that “Section 31 C was not a new provision for statutory licence for a cover version, but replacement of section 52(1) (j) for better clarity.” An implication of this can be that just like the acts under Section 52 are not an infringement, Section 31C which is one such act won’t be affected by Section 51 anyway. But there can be a counter-argument that after replacement, Section 31C no longer remained a non-infringing act.

Nonetheless, it will be great if readers can throw some light on this in the comments.