Wishing our readers a very happy and healthy new year up ahead! The past week, much like the past year was full of interesting IP developments. In this weekly review, we’ll summarize the 4 posts covered on the blog, 7 orders and judgments from the different courts along with a few national and international IP developments. Important IP cases that we’re missing out on? Especially from other High Courts? Please let us know so we can include them!

Highlights of the week

Monopolizing the Hipster? – Test of Design Infringement by the Delhi High Court

Akshat, in this guest post discussed the key rationale of the Delhi High Court’s order in Diageo

Brands v. Alcobrew Distilleries, wherein the court held that “the aspect of design piracy under S. 22(1) of the Designs Act has to be examined from the point of view of the instructed eye of a person who is instructed with prior art”. Discussing the background/ purpose of trademarks law and design law, Akshat highlights that this opinion moves away from the test of the average consumer’s perspective which is applied in the case of trademarks to ensure these two concepts of trade dress protection (meant for the consumer to not be deceived) and design protection (meant to induce novel designs) are not confused and are fulfilling their respective and distinct policy goals. Taking inspiration from law of copyright, he then suggests a step-by-step approach that the courts can also adopt to avoid any confusion or overlap with the trademark law policy. 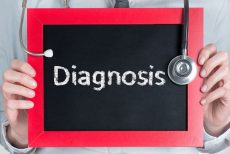 In the second part, Aparajita discusses Section 3(i) and the treatment accorded to diagnostic method

patent applications from different angles. After discussing the historical context, the precedents, domestic and international practices, she highlights that there is no clarity on the situation and thus emphasizes on the need of some certainty, looking at the important policy questions involved.

SpicyIP Tidbit: Indian Patent Office Comes Up with Revisions Fixing Durations of Adjournments Among Other Things

In this tidbit, Praharsh highlights the recent public notices put up by the Indian Patent Office, fixing caps on the number of adjournments against a hearing and reducing the number of days between the day of publication of a notice for hearing and the actual date of hearing.

Gujarat High Court, setting aside the order of civil court, granted an interim injunction against the

Respondent from using a deceptive similar ‘Wagh Bakri’ label in an identical business. The court noted that the appellate court may not interfere with the discretion of  the court of first instance unless it is shown to have been exercised arbitrarily or ignoring the settled principles of law. However, the high court observed that the civil court did not consider provisions of the Copyright Act and the Trademarks Act and also ignored the MOU on record in which the Defendant had agreed to not use the impugned label and thereby allowed the present appeal.

Lapse of 5 years between institution of the suit and cease and desist notice will not mean the suit lacks bona fides, rules Gujarat High Court

Gujarat High Court upheld the trial court’s order granting an interim injunction, restricting the Defendant from using deceptively similar mark ‘MISHI’s’ and identical colour combination. The court held that the fact that the suit was filed five years after the cease and desist notice does not mean that it lacks bona fides. Also, the court dealt with the elements with passing off and misrepresentation in trademark and trade name in detail.

Gujarat High Court held similar prefix will not entitle a party to get an interim protection, overall comparison of competing mark is a must

The Gujarat High Court confirmed the trial court’s order denying an interim injunction. The court reiterated that power of the appellate body to interfere against the discretionary order of the court of first instance is limited and the court can only do so when the impugned order is arbitrary. Keeping the above in mind the court noted that use of the prefix “SIM” in the trademarks of the plaintiff (Simero) and the defendant (Simora) has not given any exclusive right to both/any of the parties and upon comparing the competing marks, the court held that the marks are not deceptively similar.

Looking at the prior use, Gujarat High Court grants interim protection to the Plaintiff against Defendant’s use of ‘Sheetal Pep Cee’ and ‘Mayur Pepsy’.

Gujarat High Court upheld the order of the trial court granting interim injunction in a suit concerning passing off. The court took note that the parties previously had an agreement with each other however, after expiry of the agreement the Defendant applied for registering deceptively similar mark adding “PEP CEE” and “PEPSY” to the Plaintiff’s  marks  “SHEETAL” and “MAYUR”. The court considered that the Plaintiff enjoys prior use in the above marks and adoption of deceptively similar marks by the Defendant will likely causing confusion in the mind of ordinary purchaser.

Freedom of creators will be greater in case of generic comparison of a product with a product of related category, without any direct reference to the competitor, holds Delhi High Court.

Delhi High Court refused to grant an interim injunction to the Plaintiff, holding that “mere allusions or indirect references, in absence of decipherable comparisons, would not be sufficient to make out a case of generic disparagement.” The Plaintiff had alleged that Defendant’s advertisement promoting its ‘Glucoplus-C Orange’ glucose powder by comparing it with other orange glucose powders, denigrates and disparages all glucose products and especially the Plaintiff’s product. Refusing to grant an interim injunction, the court held that “cases where there is a direct comparison and denigration of the competitor’s product would fall in a completely different category as against those cases where there are allusions or indirect references…in the case of generic comparison with a product of related / same category without any direct reference to any competitor, the freedom for advertisers would be greater than those cases falling in other categories.”

Delhi High Court passed an ex-parte interim injunction restricting the Defendant from using the deceptively similar mark ‘Yaahoo’ for mouth fresheners. The Plaintiff had alleged that the Defendant is using the impugned mark for manufacturing mouth freshener under an expired FSSAI license, despite being refused a registration by the Trademark Registry.

Cessation of business will not destroy the goodwill established by the mark.

In a landmark case concerning the fate of a trademark after winding up of the proprietor enterprise,

the Karnataka High Court held that cessation of business does not destroy the goodwill established by the mark. The case concerned ownership of the mark ‘Yezdi’ which was registered by Ideal Jawa (India) Ltd. However, later the proprietor filed a winding up petition and  an Official Liquidator was appointed to look over the winding process. In 2007 the Registrar of Trademark removed the registration in favour of the company owing to non payment of the renewal fees and subsequently in 2013 and 2014, Respondent no. 4 (Boman Irani) filed application for registering Yezdi word and device marks. The court, rejecting the proprietorship of Respondent no. 4,  further noted that the goodwill of the mark will continue even when the registration of the trademark with regard to its proprietor  is removed from the register. The court also held that once the property becomes custodia legis (in the custody of the court, no person can deal with the properties of the company in liquidation. On this basis of the above reasons, the court held that registrations in favour of the Respondent no. 4 is null and void.

(H/t to our intern Ishant Jain for summarizing the orders from Gujarat High Court.)