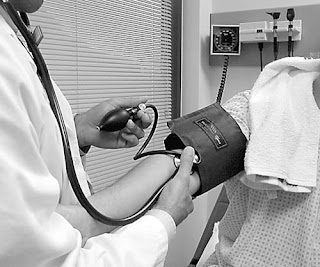 Its been a while since the Court of Appeals for the Federal Circuit invalidated Pfizer’s patents covering Norvarsc, one of their best selling drugs used by high blood pressure patients. Close on the heels of this important judgment that in some ways endorses a section 3(d) kind of approach (an issue pertinent to the ongoing Novartis litigation), comes another judgment, KSR vs Teleflex, where the United States Supreme Court raises the bar for “non obviousness”.

As some of you may know, the Norvasc decision (Pfizer vs Apotex) was an attempt by the Court of Appeals (CAFC) to convince the US Supreme Court (before which the KSR vs Teleflex matter was pending) that the suggestion/motivation/teaching test employed by them to test “obviousness” was a robust test and not as inflexible as it looked. They attempted this in earlier cases as well—Dystar—and it’s funny that the court devotes an entire 3-4 pages in Dsytar to demonstrate the robustness of their test (almost like an amicus brief!!). The Supremes however were not moved and the KSR opinion is a stinging critique of the CAFC’s rigid standard.

The Supreme Court held that the suggestion, motivation and teaching test by the CAFC is not the “hard and fast” rule to be applied in all cases—rather, the right approach is the more flexible one laid down under Graham vs John Deere. See the Wall Street Journal article that states:

“We can’t believe we’re writing this, but the Supreme Court is restoring some sanity to America’s runaway patent law. A year ago, it gave judges much-needed flexibility in granting or denying permanent injunctions in eBay. And this week it took another positive step in KSR v. Teleflex, which dealt with the design of the humble gas pedal but has far larger consequences.

In striking down a Teleflex patent on a gas pedal, the High Court showed how easily patent law can “stifle, rather than promote” progress, in the words of Justice Anthony Kennedy’s unanimous opinion. The question was whether a pedal design patented in 2001 was nothing more than an “obvious” combination of previously existing designs. The trial court ruled it was obvious, and invalidated the patent. An appeals court overruled, but the Supremes sided with the trial court. In doing so, the Justices rebuked the appellate patent court for having raised the bar too high in assessing “obviousness.”

For a more nuanced analysis, see Dennis Crouch’s analysis in Patently O, the most widely read patent blog in the world:

“In a unanimous decision, the Supreme Court rejected any notion that the concept of obviousness in patent law can be rigidly or narrowly defined — holding that “the obviousness analysis cannot be confined by a formalistic conception.” However, the opinion does not radically change the notion of obviousness or immediately invalidate a wide swath of already issued patents.

The question of nonobviousness comes-up in Section 103 of the Patent Act. That section declares that a patent shall not issue if “the differences between the subject matter sought to be patented and the prior art are such that the subject matter as a whole would have been obvious at the time the invention was made to a person having ordinary skill in the art to which said subject matter pertains.”

But what is “obvious”? Certainly, this amorphous term has continuously stumped engineers and scientists for the past 50+ years. One particular issue involves combination inventions that take various existing elements and combine them in a new way. When is such a combination obvious? In an attempt to provide improved notice and regularity, the Court of Appeals for the Federal Circuit (CAFC) introduced a test that holds a combination invention is nonobvious absent some teaching, suggestion, or motivation (TSM) to combine the various parts together.

At this point, I would have expected the Court to obliterate the past twenty-five years of obviousness jurisprudence and begin again with a clean slate. It did not do that — rather, the opinion appears to simply refine the particulars of how prior-art can be combined and when a “combined patent” will be seen as obvious. Without explicitly saying so, the Court’s opinion appears to affirm the CAFC’s more recent pronouncements of a flexible test of obviousness. Dystar, Alza.”

For more analysis on this, see also the notes by Prof Josh Sarnoff (a very good friend of SpicyIP) and Prof Mandel

Both the Norvasc ruling and the Supreme court ruling (which will lead to more Norvasc style decisions) will have tremendous implications for pharmaceutical patents and in particular to the Novartis litigation in India.

Not a very sound ruling (from the legal/jurisprudence point of view), but an excellent one from the point of view of the Novartis dispute and section 3(d). In fact, doesn’t section 3 (d), in some way, mirror the Norvasc “unexpected properties” standard—a standard that is followed by the EPO as well. If that is the case, then will Novartis take even the US and the EU to court over such an allegedly “TRIPS non compliant standard?

Of course, a large part of whether 3 (d) mirrors the “unexpected properties” standard will depend on how the Indian courts are likely to interpret “efficacy”. If efficacy is interpreted narrowly to mean only those properties that directly implicate the human body and the way the drug works to cure the disease in question, then any salt form that contributes to the manufacturing process or entails “logistical” benefits (such as heat stable drug forms that can be transported over long distances without refrigeration) are not likely to be patentable—as they don’t provide enhanced “efficacy” in relation to the body/disease.

All this aside, isn’t is fascinating that India’s IP regime has traditionally attempted to mirror the approach in the UK/US—and yet, with pharmaceutical substance patentability, we seem to have got it right—and the US rulings now seem to mirror what India had cleverly articulated in section 3(d)!!

In a post KSR and post Norvasc patent climate in the US, what are the other kinds of pharmaceutical patents that might come under attack? Take a look at this note by Cal Cary on the Patently O Blog. Cal, a litigation analyst for the investment community (are we going to see the birth of this new breed of service providers for patents in India soon?) states:

“We do not believe that too much guessing is needed to see what the new patent environment will be like, since we already have the benefit of Chief Judge Michel’s March 23, 2007 decision in the Norvasc case, in which he identified the likely changes in the court’s obviousness jurisprudence. . . .

A few of the principles reflected in Judge Michel’s opinion are as follows:

i) routine testing to optimize a single parameter, rather than numerous parameters, is obvious;
ii) an approach that is obvious to try is also obvious where normal trial and error procedures will lead to the result;
iii) unexpected results cannot overcome an obviousness challenge unless the patentee proves what results would have been expected;
iv) a reasonable expectation of success does not have to be a predictable certainty but rather it can be an expectation that can be satisfied by routine experimentation; and
v) motivation can be found in common knowledge, the prior art as a whole or the nature of the problem itself.
….
[T]here are certain types of patents in the pharmaceutical industry that will have to be looked at, or looked at again, in light of the Supreme Court’s opinion. We happen to believe that enantiomer patents are especially vulnerable, at least in cases in which the technology to separate them was available in the public domain at the time the separation was made.

However, we do not believe that the courts will permit a massive extermination of drug industry patents or that a meat-axe approach to them will be used. Rather, we think the Supreme Court’s only demand is that common sense be injected into the determination of what a person of ordinary creative skill in the art would do. The primary examples of enantiomer patents that we regard as vulnerable include Forest Labs’ Lexapro, Bristol-Myers’ Plavix, AstraZeneca’s Nexium and Johnson & Johnson’s Levaquin. We think that all four of these drugs are especially vulnerable now, in light of the new, broader scope of obviousness. In the case of Levaquin, Mylan Labs lost at the district court level in a case that it should have won, even under the law as it existed at the time, and then it was affirmed by Judge Pauline Newman, a pro-industry Federal Circuit judge, in a non-precedential decision without opinion. In a new case, if obviousness is in the mix and if Judge Newman is avoided on appeal, then Levaquin will be a generic drug.

Forest Labs’ Lexapro: Forest won this case before Judge Joseph Farnan, a strongly pro-patentee judge in the U.S. District Court in Delaware, and is scheduled to defend the decision in the Federal Circuit on May 9, 2007. Since the lower court gave no meaningful analysis of the obviousness issues, we think that a reversal in light of KSR would be reasonable to expect so as to give the lower court a chance to consider these issues again. We plan a report on the case later this month.

Bristol-Myers’ Plavix: The district court trial is over, post-trial briefs have been submitted and the case is under submission to the district court judge, who will probably be influenced by the Norvasc decision, in which obviousness invalidated the patent where there were a relatively small number of options to try. AstraZeneca’s Nexium: This slow-moving case in New Jersey is in the pre-trial phase, but is subject to the fundamental problem that separation of the enantiomers of omeprazole is likely to be considered obvious.

Procter & Gamble’s Actonel: Trial of this case was completed before Judge Farnan in Delaware last November, and the post-trial briefs were submitted in January of this year. Teva’s fundamental argument is premised on obviousness, and therefore it would have had little chance of winning prior to the KSR and Norvasc decisions. That said, we think that Judge Farnan is unlikely to change his pro-patentee bias, but a Teva win could come out of the Court of Appeals.”