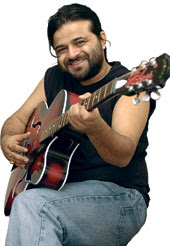 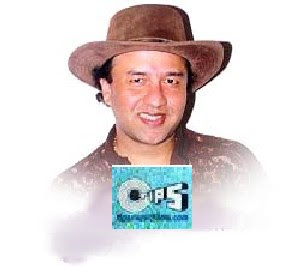 Strangely enough, as Mrinalini has been posting on youtube and copyright issues, I came across these youtube clippings of an interview dealing with the alleged “plagiarism in the Indian music industry”. I’ll briefly describe these interviews, not least because one is not certain when Youtube is likely to be put on notice that these are copyrighted clips.

These clips are from an interview that was broadcast on CNBC TV 18 (talk about copyright and youtube!!) by the hard hitter, Karan Thapar. And the interviewees are Anu Malik and Pritam Chakraborty, both of whom are music directors/composers, Mr Pravin Anand, Managing Partner, Anand and Anand and the country’s leading IP attorney (and my ex-boss), and Karthik S of the itwofs.com fame.

The interview starts off with almost all the interviewees admitting that copying tunes has been prevalent in the Indian music industry—not just now but even as far back as 50 years ago.

Case in Point: the movie Hatrick, where one of the tune is allegedly lifted from Harry Belafonte’s “the woman is smarter”. Of course, when Pritam is quizzed about this, he shifts the blame to Usha Uthup. Both he and the director of the film, Ronnie Screwvavla (UTV) also insist that these tunes constitute “generic” “Calypso music.

Similarly, Anu Mallik admits that he has lifted tunes–but tries to wriggle out stating that he was forced to do this by the Director/Producer of the movie who liked a particular tune. When quizzed further by the aggressive Thapar, he admits that it was only in one or two cases, where a Director/Producer has insisted that he do this.

As for Kartik S and how he came to tracking the lifting of music tunes (that served as “inspiration” for Indian music composers), he states that his dad would tune in to Spanish and Arabic stations and find tunes that were similar to the ones composed by stalwarts like OP Nayyar. The ItwoFS website states:

“ItwoFS is simply Inspirations in Indian Film Songs!   And how does one pronounce the name of this site? Its eye-too-ef-es!   The motive of this site is straight and simple – to provide a comprehensive list of musical inspirations (sometimes subtle and intelligent but mostly downright blatant!) of Indian film music composers. The list is constantly growing and the most important source of additions is the mails from this site’s visitors! And yes, this site focuses more on inspirations from international sources, rather than from inter-language inspirations in India. So I save considerable web space by not including Anand Milind’s inspirations from Ilayaraja and A R Rahman! :-)  Another key aspect is the difference between getting inspired to create the tune itself and using bass/ beats/ rhythm loops from foreign sources. Those songs listed which have their basic tunes inspired would have a prominent mark adjacent to them to denote a tune copy. Those without the mark signify use of rhythm loops, beats/ bass and so on. One cannot judge the intentions of the composer in both cases but yes, when a composer copies a tune, its generally assumed that his imagination is dry! This, notwithstanding the kind of excuses they give – “the producer came to me with the CD and said use this” and so on!  More on music plagiarism.

History of ItwoFS
Ever wondered how I got the idea to start this site? It was a mention about one of my ‘exploits’ in India Today. This was way back in 2001. I used to upload edited audio clips of copied and original tracks in a free server called Prohosting and used to post those links as proof in a oft-visited ‘Copied songs’ thread in TFM page! This included the 2 famous lifts in Nadeem Shravan’s Dhadkan, both lifted from the Middle East. Apparently the news spread fast and India Today did a piece on it in their back page in the issue dated September 3, 2001, with a mention of the link where I had uploaded it! Its a different story that they had printed the URL incomplete! But that was the beginning. I decided to catalog the whole thing instead of having it in a free server and posting it in a message board. Used to hang around in a free geocities server, then iespana and now my own server! Long way huh? “

When quizzed about the standard for copyright infringement in these cases, Mr Anand states that this depends on “quality” (of tunes lifted) and not “quantity” and that the line between using a tune as inspiration and “copying” is crossed when “the tune is easily recognizable as being a part of the older song/musical work. The lines are slightly fuzzy here, as, no matter how creative and original an artist is, some amount of unconscious copying/inspiration from earlier tunes is very likely.