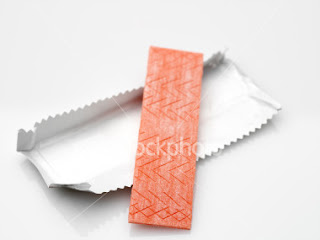 The BS reported recently that Candico, the Indian confectionary MNC, lost its long standing trademark dispute with Perfetti – the Italian confectionary major (makers of Mentos) – before the Intellectual Property Appellate Board. Candico is one of the largest players in the chewing gum market in India and has been “making millions of children smile”.
The trademark dispute started way back in 1998 with a legal notice from Perfetti to Candico, demanding that the company stop using the words ‘The Big Bubble’ with its chewing gums Loco Poco and Freedom since Perfetti had been making and marketing its chewing gum under the trademark ‘Big Babol’. Candico subsequently filed a counter suit to restrain Perfetti from using the ‘Big Babol’ trademark. The matter eventually ended up in the IPAB.
According to the BS Report Perfetti argued that it had been using its ‘Big Babol’ trademark in India since 1981 unlike Candico which began using ‘Big Bubble’ since 1989 (The same report however mentions that Perfetti began its India operations only in 1994 which probably means that the ‘Big Babol chewing gum was being imported until 1994). The similarity between both trademarks is quite striking and one would think that they are bound to be confusing to the general public but Candico couldn’t prove the same before the IPAB.
The IPAB was of the opinion that Candico had failed to prove that the trademark would cause confusion among consumers, if it was allowed to continue. It held that “We are of the view that it is for the applicant (Candico) to prove that if the mark is allowed to continue on the register it would affect their right. In fact it is seen that after a cease and desist notice was issued the applicants (Candico) have only initiated a suit against the first respondents (Perfetti). It is clear that the applicant was not facing any legal threat and so cannot be said to be an aggrieved person.”
I’m not exactly sure of what was the result of the initial cease and desist notice served on Candico by Perfetti because the Candico website still lists ‘Big Bubble’ as one of its brands. I wish we could access the order but the IPAB decisions on their website have not been updated since 2005.